NASA Shocked by "Plumes Erupting From an Asteroid’s Surface"

"The discovery of plumes is one of the biggest surprises of my scientific career." 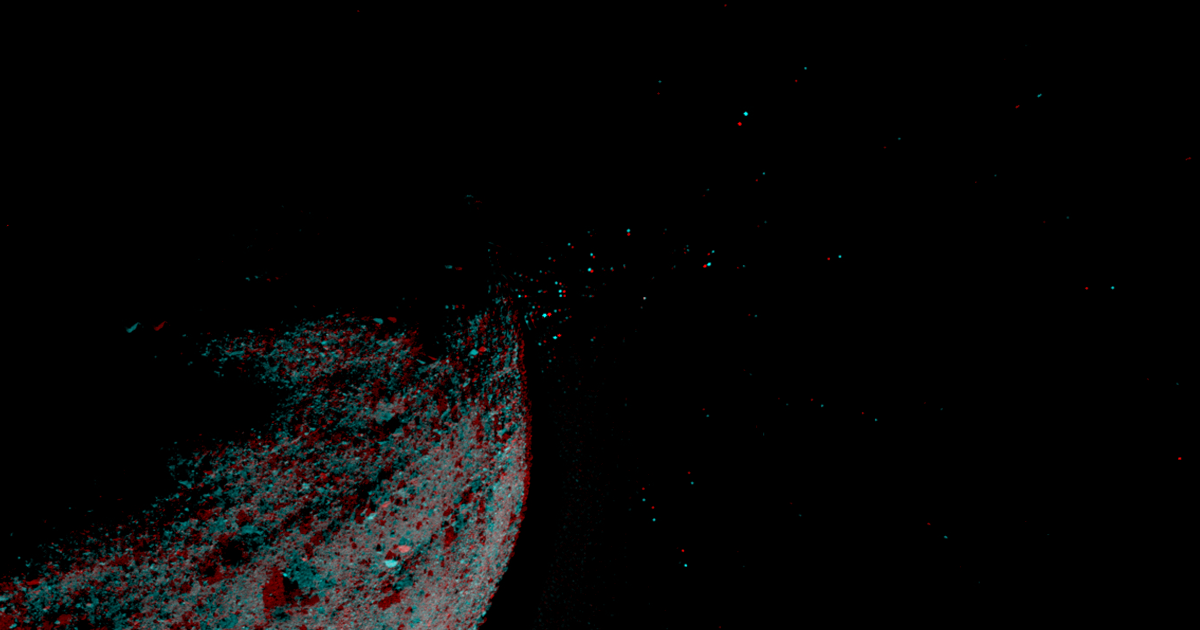 Image by NASA/Goddard/University of Arizona/Lockheed Martin

You probably think of asteroids as inert space rocks.

But NASA just announced that one of its spacecrafts has made a surprise discovery: "particle plumes erupting" from the surface of a large asteroid called Bennu — and while details of the discovery are still hazy, it could suggest that some asteroids are far more dynamic and poorly understood than previously believed.

The discovery of the plumes comes from an uncrewed NASA spacecraft called OSIRIS-REx, which started orbiting Bennu on Dec. 31. It's not clear from what NASA has released so far what the ejections might be comprised of, but the space agency said that while some of the plumes came out fast enough to escape Bennu entirely, others appear to get recaptured by the asteroid's gravity and come to rest again on its surface.

"The discovery of plumes is one of the biggest surprises of my scientific career," said Dante Lauretta, a principal investigator on the OSIRIS-REx mission at the University of Arizona, Tucson, in a press release. "And the rugged terrain went against all of our predictions. Bennu is already surprising us, and our exciting journey there is just getting started."

In addition to expressing surprise at the plumes, several NASA scientists praised the performance of OSIRIS-REx and its team — and expressed hope that more questions will be answered when the spacecraft returns home to Earth in 2023.

"The first three months of OSIRIS-REx’s up-close investigation of Bennu have reminded us what discovery is all about — surprises, quick thinking, and flexibility," said Lori Glaze, acting director of the Planetary Science Division at NASA Headquarters in Washington. "We study asteroids like Bennu to learn about the origin of the solar system. OSIRIS-REx’s sample will help us answer some of the biggest questions about where we come from."

Read This Next
Shoo
Scientists Warn Giant Asteroid Is Actually Swarm, Nearly Impossible to Destroy
A Sip of Opal
NASA Discovers Precious Gemstones on Mars
Moon Wrestling
The Head of NASA Is Scared Chinese Astronauts Will Seize Portions of the Moon
Future Fiction
Scientists Propose Building City Inside Giant Bag Around Entire Asteroid
Shot Well
Head of NASA Relieved to Hear Elon Musk Isn't REALLY Running SpaceX
More on Off World
Space In Space
1:44 PM on the byte
NASA Official Admits There's a Bit of an Issue on the Space Station
No More Hops, Mor...
Yesterday on the byte
Suggestion: NASA Should Make Its Mars Helicopter Do Some Gnarly Tricks From "Tony Hawk"
Exoplanet Dance
Tuesday on the byte
Scientist Releases Amazing Video of Exoplanets Orbiting Distant Star
READ MORE STORIES ABOUT / Off World
Keep up.
Subscribe to our daily newsletter to keep in touch with the subjects shaping our future.
+Social+Newsletter
TopicsAbout UsContact Us
Copyright ©, Camden Media Inc All Rights Reserved. See our User Agreement, Privacy Policy and Data Use Policy. The material on this site may not be reproduced, distributed, transmitted, cached or otherwise used, except with prior written permission of Futurism. Articles may contain affiliate links which enable us to share in the revenue of any purchases made.
Fonts by Typekit and Monotype.