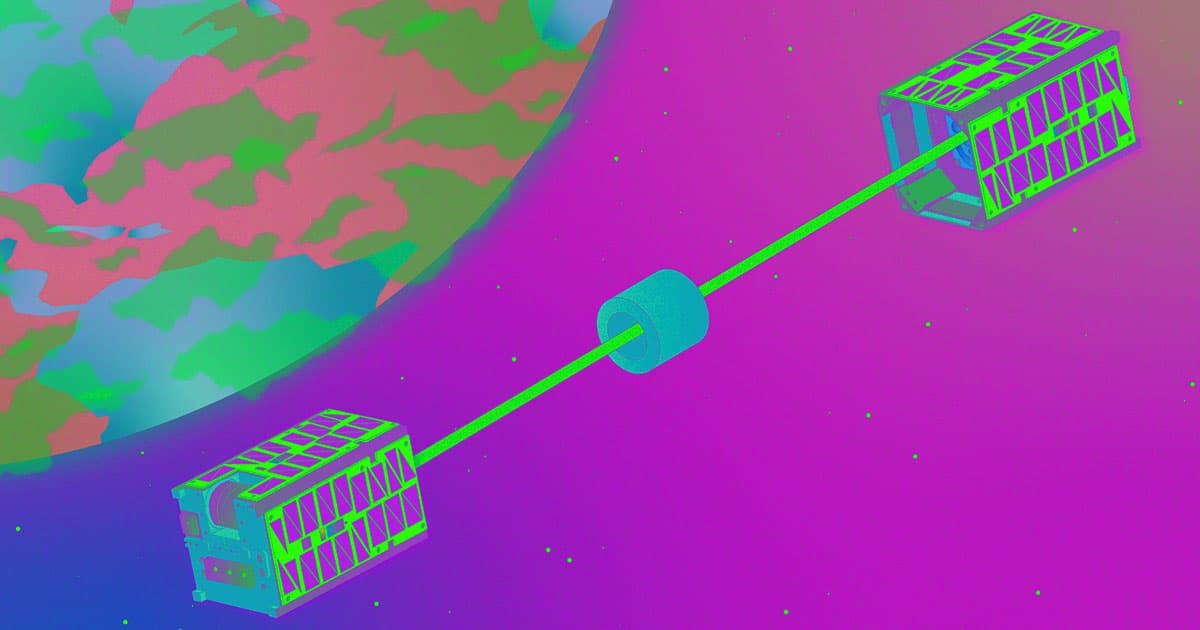 "In other words, it is the sailing ship of space."

"In other words, it is the sailing ship of space."

There's a whole lot of garbage orbiting the Earth. There are so many satellites — still-functioning and derelict alike — that it could soon become too difficult to safely navigate through the minefield.

Now, military scientists think they've found a practical way to de-clutter. By equipping new satellites with thin tethers that can pick up on electromagnetic fields, Scientific American reports that engineers can steer them back down to Earth when the time comes, without using any fuel.

Though it hasn't been tested yet, the concept could make cleaning up space much simpler than other ideas out there, which range from giant nets to literal harpoon guns — and, tantalizingly, it also suggests a way that regular spaceships could sail through Earth's magnetic field without using any rocket fuel.

Here's the gist: engineers from the Naval Research Laboratory in Washington D.C. built a small cubesat that can split in two. The pieces are connected by a strong, kilometer-long tether that's not much stronger than a piece of floss, according to SciAm — sort of like space nunchucks.

By running an electric current through the tether, the satellite can steer itself by capitalizing on the interactions between its own electric field and the magnetic field given off by the Earth. That interaction gives the satellite a weak push, meaning the satellite could be driven back down to Earth when it's time to decommission it.

"In other words, it is the sailing ship of space," University of Padova engineer Enrico Lorenzini, who isn't working on the experiment, told SciAm.

More on space tethers: These Researchers Want to Run a Cable From the Earth to the Moon