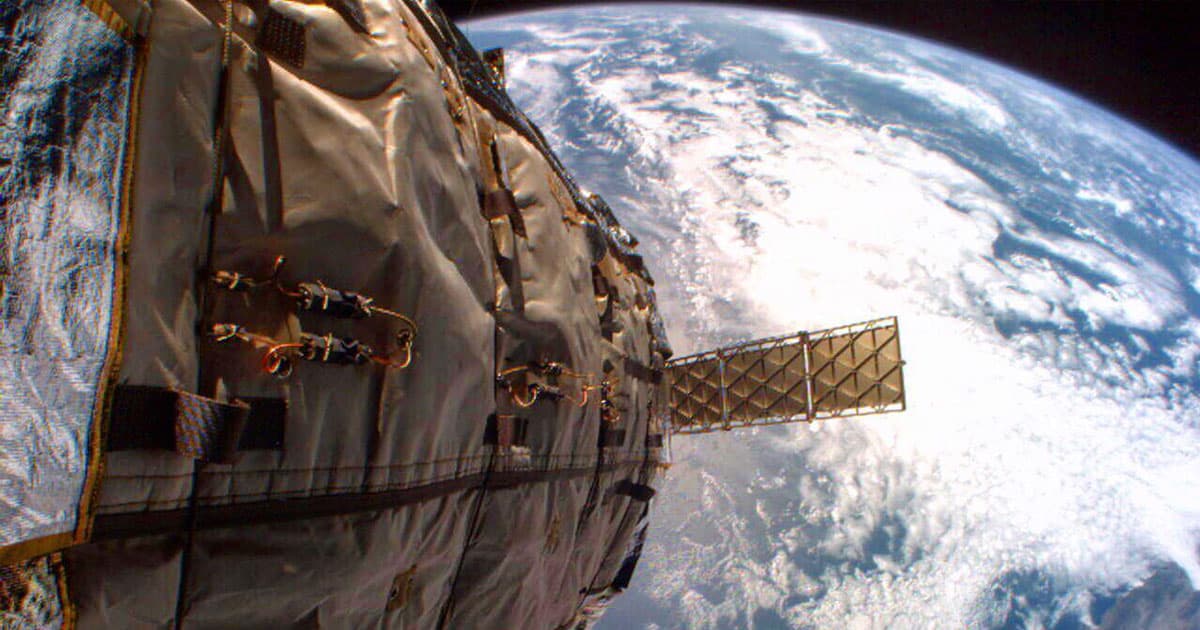 A Derelict Space Habitat May Crash Into an Old Russian Satellite

There's a small chance that two derelict satellites, still orbiting the Earth, could crash into each other on Wednesday morning.

On Tuesday, the space habitat development company Bigelow Aerospace tweeted some troubling news. The Air Force sent them a heads up that their long-retired experimental habitat, Genesis II, might collide with an old Russian satellite named Cosmos 1300. While the odds of a crash are only 5.6 percent, it's another troubling sign that Earth's orbit is becoming dangerously crowded.

Today, we were notified by the US Air Force that there is a 5.6% chance that Genesis II will collide with dead Russian satellite Cosmos 1300 in 15 hours. Although this is a relatively low probability, it brings to light that low Earth orbit is becoming increasingly more littered. pic.twitter.com/l6McbDgRNo

Bigelow Aerospace followed up with a warning about the rapid proliferation of space junk, which was most recently illustrated when one of SpaceX's numerous StarLink satellites nearly crashed into a European Space Agency observation satellite.

As more satellites — including those launched by Bigelow Aerospace itself — fill the sky and begin their inevitable transition to becoming space junk, low Earth orbit will increasingly become a minefield for current and future space station inhabitants.

"This proliferation, if not controlled in number, could become very dangerous to human life in low Earth orbit," Bigelow Aerospace tweeted.

Future habitable space stations will face this reality and danger. This proliferation, if not controlled in number, could become very dangerous to human life in low Earth orbit.

More on space junk: Watch a Harpoon Attached to a Satellite Spear a Piece of Space Debris