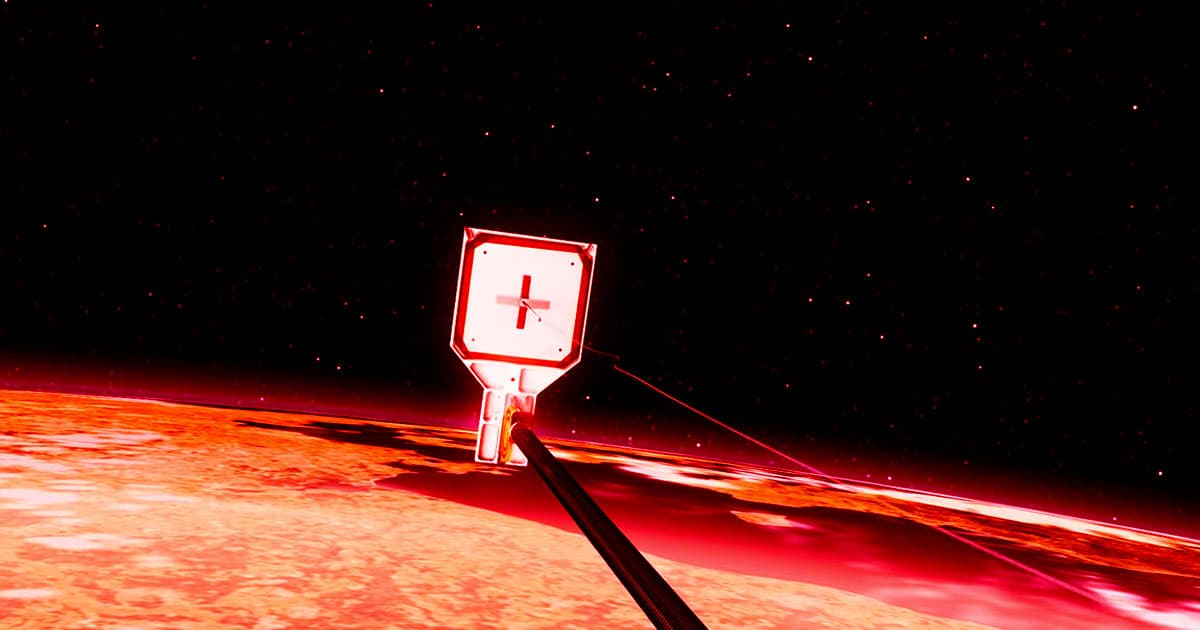 The satellite still has one more trick up its sleeve.

The satellite still has one more trick up its sleeve.

Junk floating around in Earth's orbit is becoming a big problem. Bits of man-made debris can pose a big threat to satellites circling our planet. But a team of British engineers might have a clever solution.

The team of researchers from the University of Surrey used the RemoveDEBRIS satellite — a satellite specifically designed to eliminate space junk that launched on board a SpaceX Falcon rocket in April 2018 — to launch a harpoon at a (previously set up) piece of test debris at 20 meters a second (44 mph).

"Successful in space demonstration of the harpoon technology is a significant step towards solving the growing issue of space debris," said Chris Burgess, Harpoon Lead Engineer at Airbus Defence and Space said in a press release.

Caught in a Web

The test is actually the RemoveDEBRIS satellite's second trick: in September, it successfully deployed a spider-like web  that was meant to grab space junk out of the sky.

The team at the University of Surrey is now preparing for its third and final test: RemoveDEBRIS will inflate a sail that will slowly drag it into Earth's atmosphere where it will burn up and be destroyed.