SpaceX forced the ESA to do something it'd never done before. 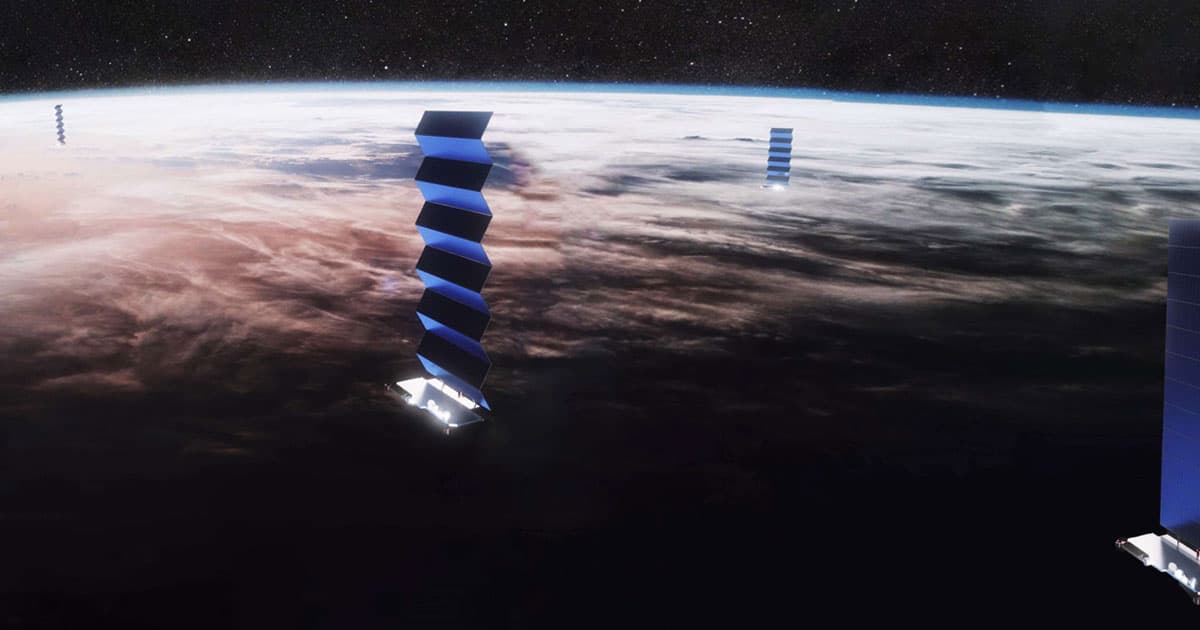 On Monday, the European Space Agency (ESA) tweeted that it had to perform a "collision avoidance" maneuver to avoid a crash with one of SpaceX's Starlink satellites.

SpaceX knew about the potential collision, Holger Krag, head of the ESA's Space Debris Office, told Forbes — but refused to do anything about it and wouldn't say why.

According to the Forbes story, the U.S. military noticed that one of SpaceX's Starlink satellites had a 1 in 1,000 chance of colliding with the ESA's Aeolus Earth observation satellite.

The Pentagon informed both agencies of the potential collision, and although the ESA's satellite had been occupying the region for nine months longer than the Starlink satellite, SpaceX told the ESA via email that it didn't plan to take any action to prevent the collision and didn't offer any explanation as to why.

This prompted the ESA to perform the avoidance maneuver, which it does regularly to avoid collisions with dead satellites or space junk — but rarely to avoid active satellites and never before to prevent a collision with a mega constellation of them. But the fracas raises the possibility that similar maneuvers might become more regular in the future.

While SpaceX's Starlink mega constellation currently consists of fewer than 60 satellites, it could eventually launch upwards of 12,000 as part of its plan to deliver broadband internet to the entire globe — and that could dramatically increase the risk of collisions.

"We are not upset by them saying [they wouldn't move]," Krag told Forbes. "My concern is how often will we have such events in the future? These are just two satellites. Now they will add several thousand, and they will also be disposed and end up at various altitudes. And there's no rule or law on how to react, it's all goodwill."

To prepare for a future in which potential Starlink crashes are far more common, the ESA is now exploring the use of artificial intelligence to automate its collision avoidance systems, tweeting that such a system is "becoming necessary to protect our space infrastructure."

According to Engadget, the Starlink satellites are already equipped with automated collision avoidance systems, so perhaps SpaceX's decision to do nothing was part of a plan to see if those systems would work as intended, by automatically adjusting the satellite's path without SpaceX manually intervening.

That could explain why SpaceX didn't provide the ESA with a reason for its inaction — it's hard to imagine the agency would've been OK with SpaceX risking the ESA's $560 million satellite in order to test its own AI.

READ MORE: A European Satellite Had to Fire Thrusters to Avoid Colliding With a SpaceX Satellite [Time]

Read This Next
Shot Well
Head of NASA Relieved to Hear Elon Musk Isn't REALLY Running SpaceX
Makeover Scene
Space Tourist Says He's Thinking About Flying SpaceX Craft Up to Fix Hubble
Grain of Salt
There's a Huge Problem With Elon Musk's Promise to Bring Starlink to Iran
Sluggo Mode
SpaceX Has a Major Problem With Its Starlink Internet Connections
Sabers Rattled
Russia Issues Veiled Threat to Shoot Down Pesky SpaceX Satellites
More on Off World
Stunning Centaur
3:13 PM on the byte
James Webb Spots Asteroid With Its Own Saturn-Like Rings
Grrrrrrrr
Yesterday on the byte
Internet Erupts as NASA Spots Cartoon Bear on Surface of Mars
Gl1tc4
Yesterday on the byte
NASA Says Another James Webb Instrument Has Suffered a Glitch
READ MORE STORIES ABOUT / Off World
Keep up.
Subscribe to our daily newsletter to keep in touch with the subjects shaping our future.
+Social+Newsletter
TopicsAbout UsContact Us
Copyright ©, Camden Media Inc All Rights Reserved. See our User Agreement, Privacy Policy and Data Use Policy. The material on this site may not be reproduced, distributed, transmitted, cached or otherwise used, except with prior written permission of Futurism. Articles may contain affiliate links which enable us to share in the revenue of any purchases made.
Fonts by Typekit and Monotype.