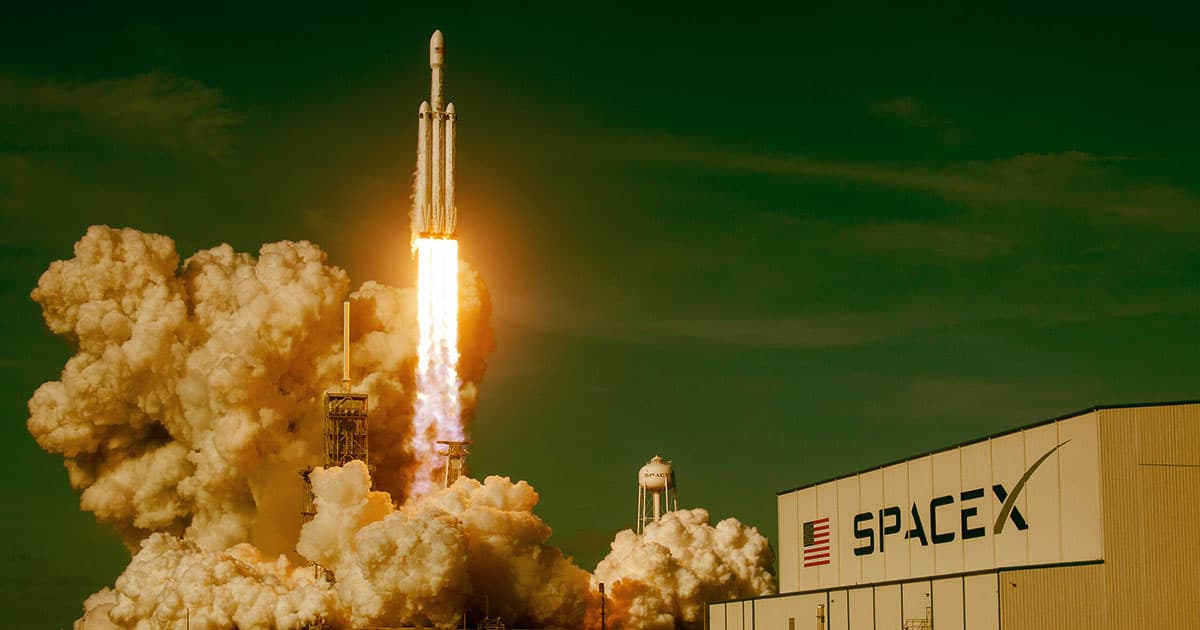 Elon Musk: This Is SpaceX's "Most Difficult Launch" Ever

But if it's successful, the payoff could be huge.

But if it's successful, the payoff could be huge.

At 11:30 p.m. EDT Monday night, a SpaceX Falcon Heavy will attempt to launch 24 new experimental satellites into space for the United States Department of Defense.

Getting the satellites into orbit and detaching them from the Falcon Heavy without causing any collisions will take some careful finagling — CNN reports that SpaceX CEO Elon Musk described it as the company's "most difficult launch" to date.

But if the company succeeds, the science experiments it delivers into orbit could deepen our understanding of space.

Though the Defense Department chose which satellites would be on board the Falcon Heavy, they're not all owned by the military — some belong to universities, research organizations, and NASA.

Included in the payload, according to CNN, are new space telescopes, an advanced atomic clock, and an experimental spacecraft called a solar sail that is expected to propel itself using photons' momentum as fuel.

At a $90 million price point, the Falcon Heavy is already cheaper than other companies' comparable rockets, CNN reports.

SpaceX has yet to manage a perfect landing and recovery of all three of a Falcon Heavy's rocket boosters — though it once came close —  but if it sticks the landing tonight, the move could help further separate the company from the pack, potentially leading to more government contracts.