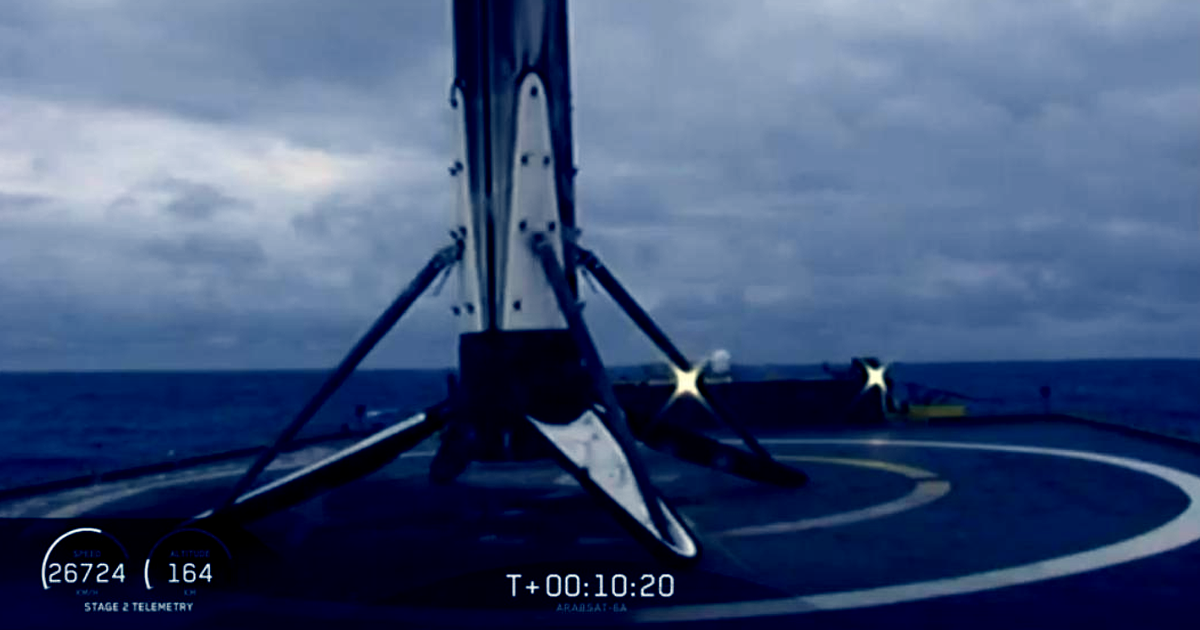 SpaceX Landed a Falcon Heavy Booster. Then It Fell Into the Sea.

The booster for a SpaceX Falcon Heavy successfully landed after a mission — but then stormy weather toppled the booster into the roiling ocean.

Other than that minor hiccup, the mission was a success, according to CNN. The Falcon Heavy launched on Thursday and carried a satellite for a Saudi Arabian TV network into space, and afterward all three boosters landed successfully.

"As conditions worsened with eight to ten foot swells, the booster began to shift and ultimately was unable to remain upright," SpaceX told the network. "While we had hoped to bring the booster back intact, the safety of our team always takes precedence. We do not expect future missions to be impacted."

Elon Musk is, per his Twitter, investigating whether the damaged booster can be recovered.

Typically, SpaceX reuses boosters from mission to mission to cut down on manufacturing costs — so the company is particularly incentivized to get this one back up and running too.

READ MORE: SpaceX landed its three Falcon Heavy boosters without flaw. Then a stormy sea knocked one of them down [CNN]