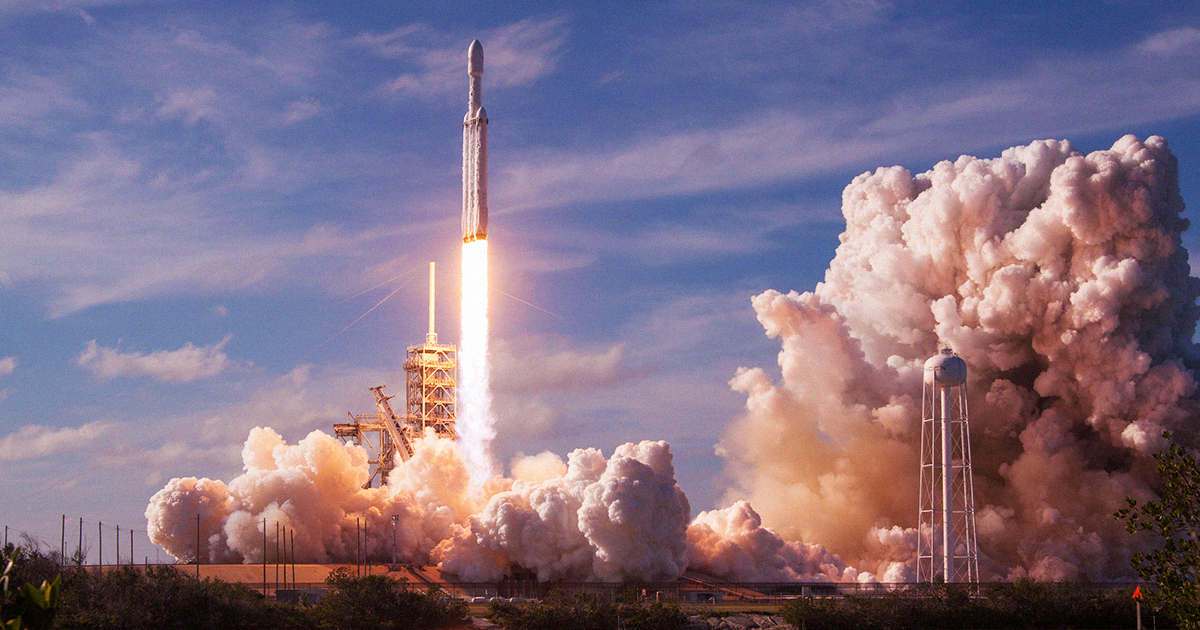 Elon Musk's company nailed the landing on its second try.

Elon Musk's company nailed the landing on its second try.

The Falcons Have Landed

The second time is apparently the charm for SpaceX.

In February 2018, Elon Musk's space company launched a Falcon Heavy rocket for the first time, but it wasn't able to recover all three of the rocket's boosters — rather than landing on SpaceX's autonomous drone ship like it was supposed to, the center core splashed down in the Atlantic Ocean. Whoops.

On Thursday, the company attempted its second Falcon Heavy launch, and this time it nailed the landing of all three boosters — marking a new milestone in reusable rocketry.

Watch SpaceX's #FalconHeavy rocket lands its center core on a ship for the first time 🚀 pic.twitter.com/VltoKVaAox

The Falcon Heavy is currently the most powerful launch vehicle in operation. Because SpaceX designed the rocket to be reusable, it can keep the cost of launches lower than would otherwise be possible — and cheaper launches mean more launches, thereby advancing humanity's efforts to study, explore, and exploit space.

Now that SpaceX has proven it can successfully recover all three Falcon Heavy boosters, it can start looking ahead to the five launches already on the rocket's manifest — and the others that will likely follow.

Falcon Heavy’s side boosters land on Landing Zones 1 and 2 pic.twitter.com/nJCCaVHOeo