It could become the first privately built vehicle to reach the lunar surface in human history. 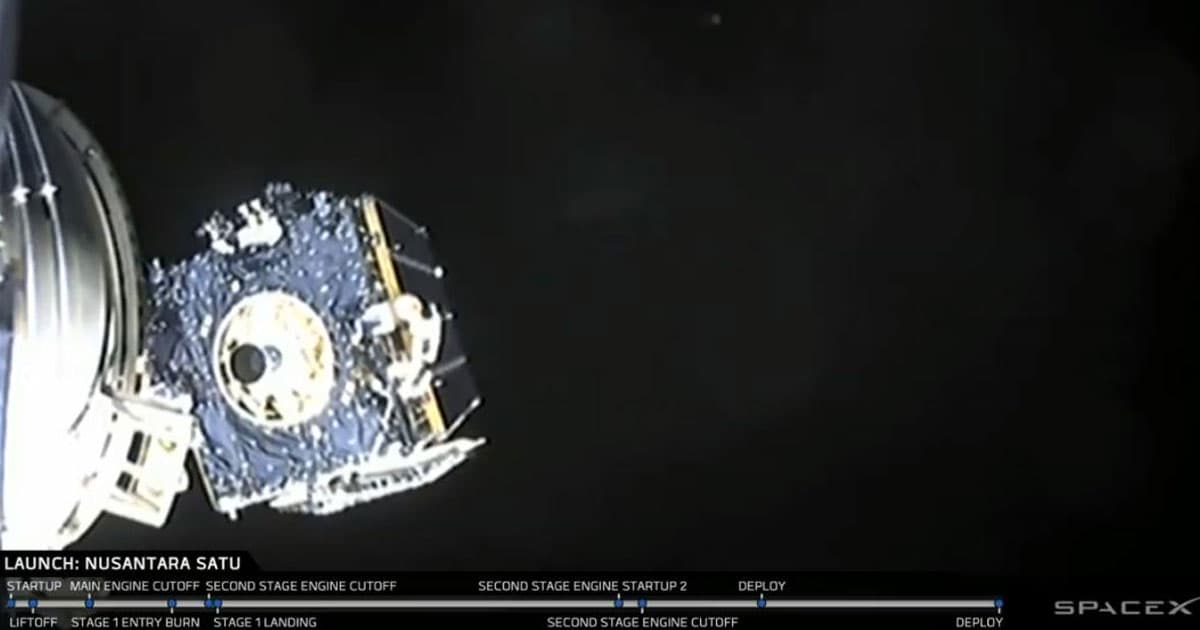 If all goes well, the dishwasher-sized spacecraft will be the first private spacecraft to ever reach the lunar surface.

A Long Way to Go

SpaceIL is planning for the spacecraft, which is called the Beresheet, to land in April after slowly expanding its elliptical path around the Earth until it's close enough to the Moon. It will circle the Moon several times before making its way down to the surface.

NASA administrator Jim Bridenstine congratulated the Israeli team. "This is a historic step for all nations and commercial space as we look to extend our collaborations beyond low-Earth orbit and on to the Moon," he said in a statement.

On board the Beresheet is a time capsule filled with digital files including the Torah, the Israeli flag, a variety of national artwork — and a digital copy of the entirety of the English-language Wikipedia encyclopedia, according to the New York Times.

Once Beresheet has completed its mission, it will not attempt to return to Earth. But it will map the Moon's magnetic field and take some snapshots using on-board scientific instruments.

Read This Next
Makeover Scene
Space Tourist Says He's Thinking About Flying SpaceX Craft Up to Fix Hubble
Grain of Salt
There's a Huge Problem With Elon Musk's Promise to Bring Starlink to Iran
Sluggo Mode
SpaceX Has a Major Problem With Its Starlink Internet Connections
Dumpster Fire
SpaceX Tested Starship's Engines and Accidentally Caused a Large Fire
Classified
Here's What the Former Head of NASA Has to Say About the Moon Mission Delay
More on Off World
Watery Grave
Nov 22 on the byte
Chinese Military Forcefully Seizes Debris That Philippines Recovered After It Fell From Space
Jetsam
Nov 22 on the byte
Lunar Lander Released by NASA’s Artemis 1 Mission Dies
Not Not Accurate
Nov 21 on the byte
Bad Guy in New "Indiana Jones" Movie Is Nazi Who Works at NASA
READ MORE STORIES ABOUT / Off World
Keep up.
Subscribe to our daily newsletter to keep in touch with the subjects shaping our future.
+Social+Newsletter
TopicsAbout UsContact Us
Copyright ©, Camden Media Inc All Rights Reserved. See our User Agreement, Privacy Policy and Data Use Policy. The material on this site may not be reproduced, distributed, transmitted, cached or otherwise used, except with prior written permission of Futurism. Articles may contain affiliate links which enable us to share in the revenue of any purchases made.
Fonts by Typekit and Monotype.