SpaceX's Falcon Heavy Launch Could Be as Soon as February 6

February 6th is the so-called "No-Earlier-Than date." The official launch date has yet to be confirmed by SpaceX. 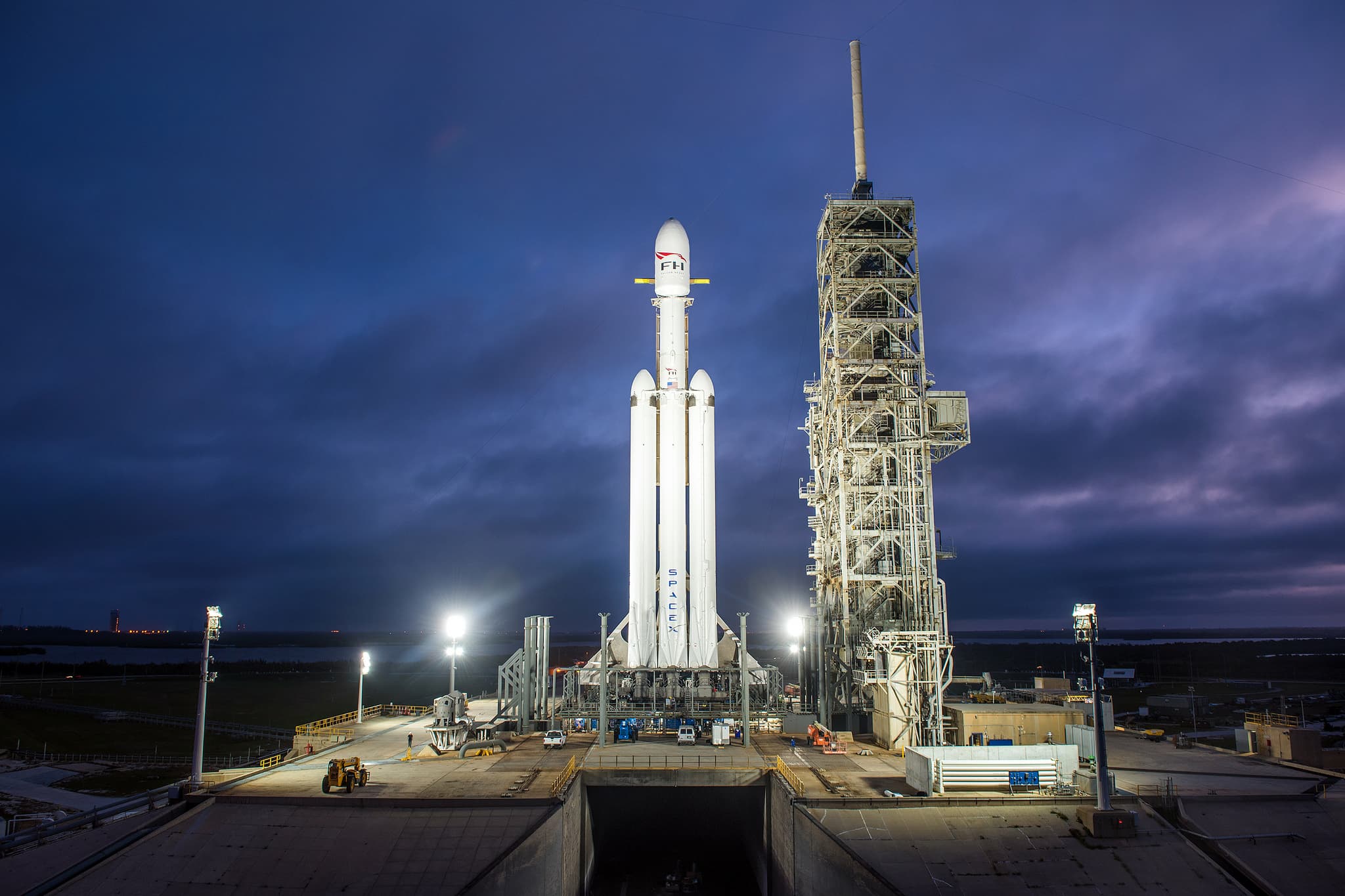 UPDATE: On Saturday, Elon Musk tweeted that SpaceX is, indeed, aiming for a February 6 launch:

Aiming for first flight of Falcon Heavy on Feb 6 from Apollo launchpad 39A at Cape Kennedy. Easy viewing from the public causeway.

Many have been on the edge of their seats for weeks in anticipation of a launch date for SpaceX's powerful, mostly reusable rocket, the Falcon Heavy. On Friday, Jan. 26, Chris Gebhardt of NASASpaceflight.com tweeted that the Falcon Heavy launch will occur on Feb. 6 from Cape Canaveral, with a potential backup date the following day (February 7). Gebhardt's prediction came after the rocket passed its much-anticipated static fire test.

February 6th, with a backup on the 7th.

Elon Musk quickly followed up the successful testing by tweeting that the rocket would be ready to launch within "a week or so," which Gebhardt also confirmed on Twitter.

And please remember, this is the NET (No Earlier Than) date. It is the plan right now, but it is subject to change as all launch dates are. Remember, too, there's a Falcon 9 launch before this that needs to happen first. https://t.co/Ud7Z9IY8Oj

As of yet, SpaceX has not officially confirmed the date. Gebhardt followed up his initial announcement by clarifying that February 6 is only a No-Earlier-Than date; meaning the date is the soonest SpaceX could realistically launch the rocket.

While the static fire test was the last major hurdle the Falcon Heavy had to jump over before it could be considered generally ready for takeoff, the time between now and the official launch will be filled with double checking the rocket's components and carefully ensuring that everything is exactly in order.

Many are excited to see if the Falcon Heavy will, in fact, launch a Tesla Roadster into space; Musk's proposed method of simulating the heavy loads it will later carry into orbit. However, there are still significant doubts about whether Musk was serious about sending his personal Roadster as a trial payload.

Whether or not the launch happens on exactly February 6 (or 7), and whether or not there's a Roadster aboard, one thing is undeniable: we're closer than ever to seeing the Falcon Heavy liftoff.

Read This Next
Shot Well
Head of NASA Relieved to Hear Elon Musk Isn't REALLY Running SpaceX
Makeover Scene
Space Tourist Says He's Thinking About Flying SpaceX Craft Up to Fix Hubble
Grain of Salt
There's a Huge Problem With Elon Musk's Promise to Bring Starlink to Iran
Sluggo Mode
SpaceX Has a Major Problem With Its Starlink Internet Connections
Dumpster Fire
SpaceX Tested Starship's Engines and Accidentally Caused a Large Fire
More on Off World
Trashing Orbit
Yesterday on the byte
Elon Musk Says SpaceX May Build Starship That Dies on Purpose
Cat and Mouse
Yesterday on the byte
SpaceX to Launch "Hunter" Satellites for Targeting Rival Spacecraft
Space In Space
Yesterday on the byte
NASA Official Admits There's a Bit of an Issue on the Space Station
READ MORE STORIES ABOUT / Off World
Keep up.
Subscribe to our daily newsletter to keep in touch with the subjects shaping our future.
+Social+Newsletter
TopicsAbout UsContact Us
Copyright ©, Camden Media Inc All Rights Reserved. See our User Agreement, Privacy Policy and Data Use Policy. The material on this site may not be reproduced, distributed, transmitted, cached or otherwise used, except with prior written permission of Futurism. Articles may contain affiliate links which enable us to share in the revenue of any purchases made.
Fonts by Typekit and Monotype.