The rocket could be well on its way to fulfilling its role in helping humans reach Mars. 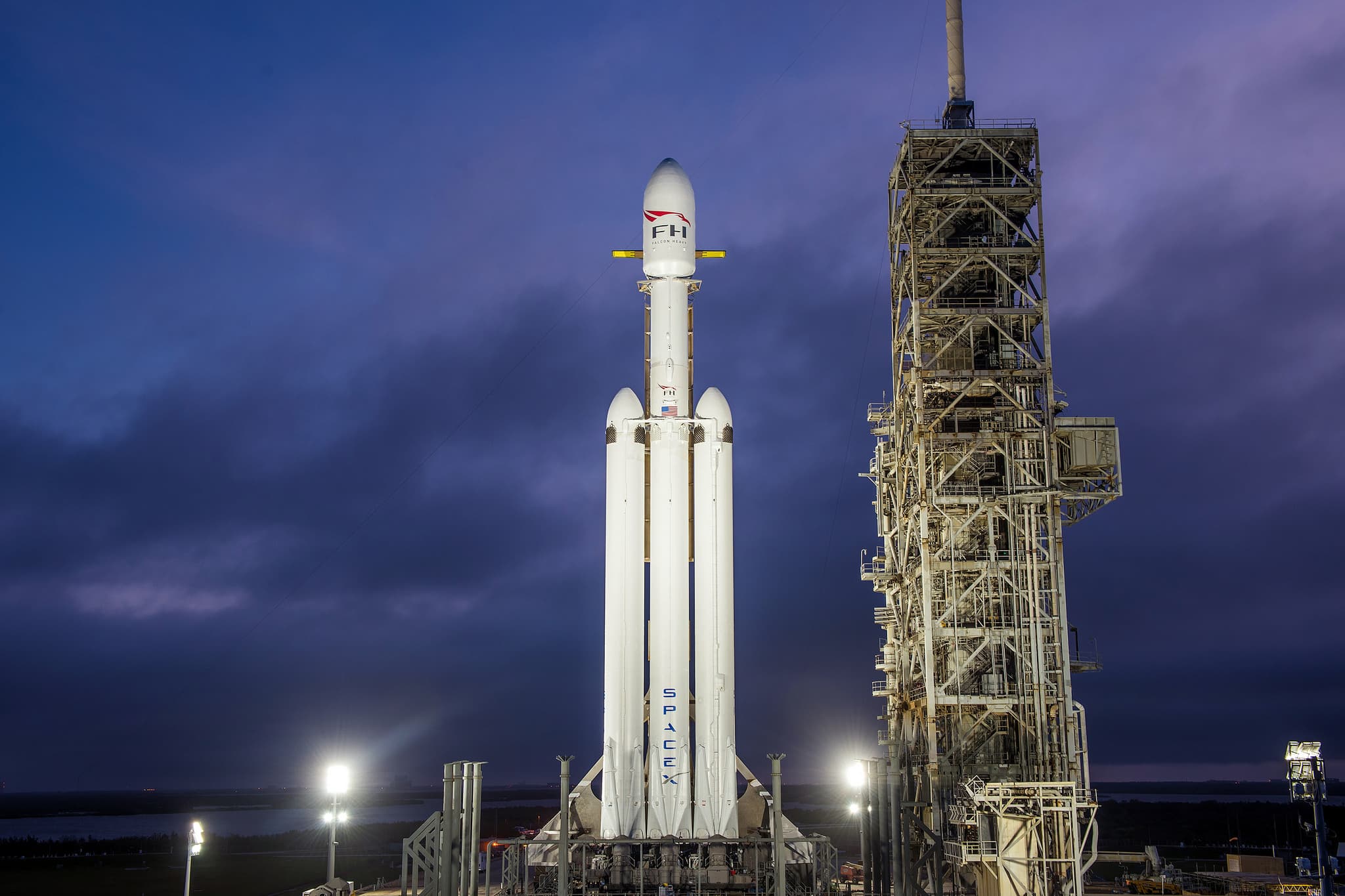 After a number of delays, SpaceX's Falcon Heavy static fire test went off at approximately 12:30 p.m. EST today, January 24, without a hitch. All 27 of the massive rocket's engines were ignited and ran for about 12 seconds.

Space enthusiasts have been closely following the Falcon Heavy's rigorous testing in Cape Canaveral in anticipation of a launch. Most recently, the rocket went through a series of “fit checks" (test runs of rollout and erection on the launch pad) and a wet dress rehearsal, which saw the rocket fully loaded with liquid fuel.

The Falcon Heavy static fire test was pushed back from its original date of January 11 due to a bug in one of the rocket's eight hold-down clamps. Several other delays followed before this morning's successful static fire, which marks a major milestone in the life of a rocket between the start of testing and launch.

With the Falcon Heavy static fire test now completed, the rocket is one step closer to a full launch. Though an exact launch date has not been announced, Elon Musk tweeted that it could happen in "a week or so." If all goes well, the rocket could be well on its way to fulfilling its role in helping humans reach Mars.

The successful creation of the Falcon Heavy has been a lofty goal for SpaceX, but so far, it looks like it just might be attainable. The craft is a remarkable and significant technological leap forward in space flight, and it is the most powerful all-liquid propulsion rocket to sit on Pad 39A since the Saturn V in the 1970s.

A modern marvel, the Falcon Heavy is designed to carry up to 140,000 pounds of cargo into low-Earth orbit, and its successful launch could prove that transporting such large payloads is, in fact, feasible.

However, the Falcon Heavy is more than a large brute of a rocket; it is symbol of the future of space exploration. Its payload capability could make refueling and resupply missions more efficient, and the rocket could allow SpaceX to combine missions with other agencies.

Ultimately, this one massive rocket could open up a lot of possibilities for humanity's future in space.