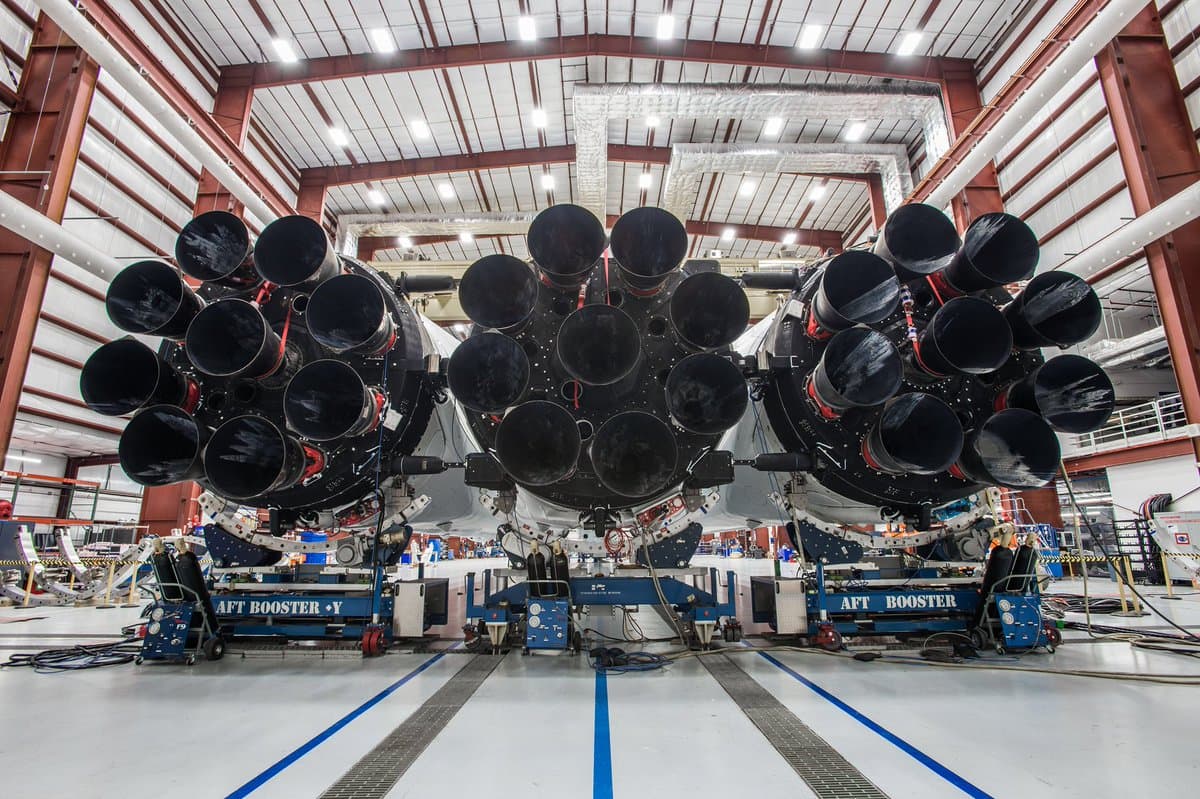 As the year comes to an end, it looks as though SpaceX's goal of launching the Falcon Heavy rocket in 2017 will be missed — though just barely. The craft is set up and in place at Cape Canaveral in Florida, now set to be launched in January. The initial photos of the most complete and developed Falcon Heavy rocket yet seem promising.

The rocket will be fully assembled and undergo rigorous testing, including enduring a full static test fire, before it officially launches. The only thing missing from the images shared by CEO Elon Musk has shared so far are the "finishing touches," so to speak: the rocket's fairing and payload.

Falcon Heavy at the Cape pic.twitter.com/hizfDVsU7X

The Falcon Heavy is mostly reusable and is made up of three Falcon 9 cores strapped together. After the mission, these cores will return to Earth to be reused. In fact, according to Musk, the rocket's outer cores have already been flown in previous missions.

The Falcon Heavy is set to be SpaceX's most powerful and capable rocket to-date. Each of the rocket's three boosters contains nine Merlin engines, and it's capable of carrying about 140,000 lbs of cargo into lower Earth orbit. Given the tremendous challenge of building the rocket, any success with the launch would fantastic in Musk's book: back in July, he said “I hope it makes it far enough away from the pad that it does not cause pad damage. I would consider even that a win, to be honest.”

If the mission is successful, it will prove that such large payloads are, in fact, possible for SpaceX to carry. This could allow them to combine missions, and accomplish greater and more varied tasks.