Contest: Find the Falcon Heavy’s Center Core, Because We Can’t 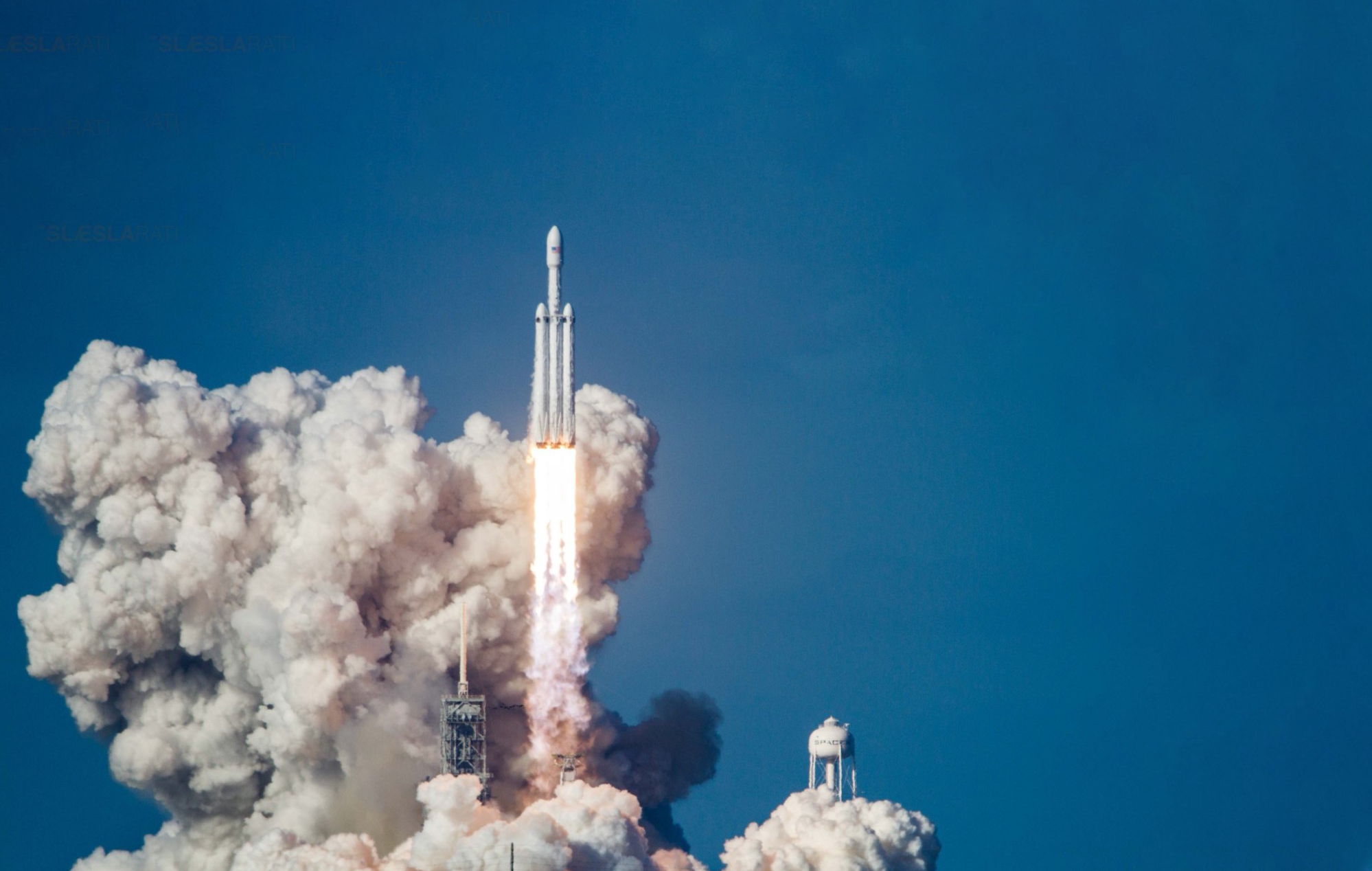 The world just watched (and Tweeted furiously) as SpaceX’s Falcon Heavy successfully launched into the Florida sky, with a payload of a Tesla Roadster blasting David Bowie’s “Space Oddity” and dummy crew inside of it. The Falcon didn’t blow up during the launch sequence, and for the moment, looks like it’s on course to orbit Mars. The side boosters landed on their landing pads with the synchronicity of skilled ballerinas.

But the live feed cut off at a critical moment. What in the world happened to the core?

That moment when you realize that the center core didn't make it but they say to shut up and tell no one. #FalconHeavy @spacex #centercore pic.twitter.com/tgdNZkjUHf

It was supposed to land on a landing pad of its own. But we don’t know if it did. In the livestream, you can hear: “We lost the center core.” As for what “lost” means, exactly? Unclear. Did they simply lose the video feed? Did it explode mid-air? Did it blow up upon landing? Literally, as of press time: No idea.

For the time being, we’re still waiting for SpaceX to tell us what happened to the core (though the audio feed indicates that the core is, in fact, “lost”). As the world waits to find out its fate, like our ancestors before us, we take to Twitter for some well-earned sympathy and venting…

The center core is the most cared for object in the world right now. #FalconHeavy

…and to air our theories about where we might be hiding.

In the meantime, ‘might be best to take to heart the message Musk sent into space with his orbiting roadster. In the immortal words of Douglas Adams:

Read This Next
From Our Partners
This NASA Apollo 15 Commemorative Watch Is Historic In Its Own Right
Moon Madness
SpaceX Will Launch Remote Controlled Racecars to Lunar Surface
Picking Up the Trash
SpaceX President: Starship Could Help Pick Up Space Junk
Space Beef
Elon Musk: SpaceX Competitor “A Complete Waste of Taxpayer Money”
Trump Brain
Former Astronaut Blasts Trump For Lying About NASA
More on Sci-Fi Visions
From Our Partners
12:27 PM on futurism
Create Your Perfect Audio Experience With These Earbud Deals
From Our Partners
Yesterday on futurism
Draw Out Evidence From Data With This Complete Big Data Bundle
FROM THE DEPT. OF...
Friday on futurism
Go Pro With the New Apple AirPods 3
READ MORE STORIES ABOUT / Sci-Fi Visions
Keep up.
Subscribe to our daily newsletter to keep in touch with the subjects shaping our future.