Starship could pick up "dead rocket bodies," she says, to help with Earth's space debris problem. 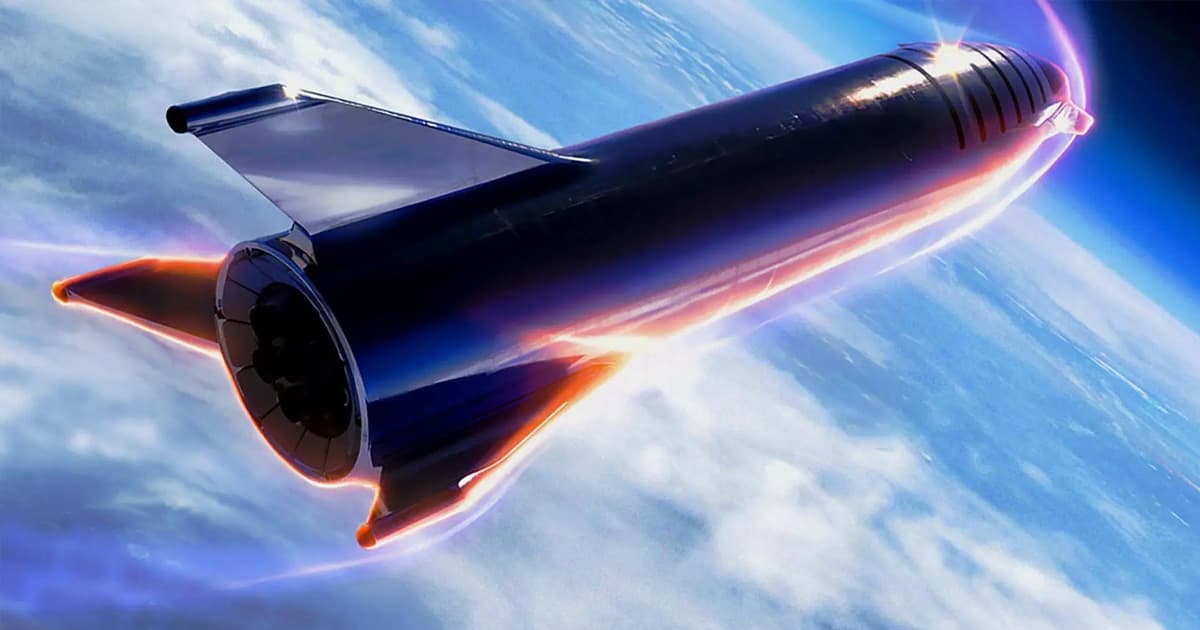 After being named one of the 100 most influential people in the world by TIME magazine, SpaceX president and COO Gwynne Shotwell revealed the company's ambitious plans to solve one of the biggest problems facing the future of space exploration: an increasingly littered orbit.

According to Shotwell, SpaceX has an ace up its sleeve in the form of Starship, a 165-foot rocket primarily designed to ferry up to 100 tons or 100 passengers to faraway destinations including the Moon and Mars.

"It's quite possible we could leverage Starship to go to some of these dead rocket bodies — other people's rockets of course — basically go pick up some of this junk in outer space," Shotwell told TIME technology columnist Patrick Lucas Austin during a previously recorded stream.

"It's not gonna be easy, but I do believe that Starship offers the possibility of going and doing that and I'm really excited about it," she added.

It appears to be the first time we've heard of plans to use Starship for space cleanup.

The company only recently started testing early prototypes of the massive rocket at its site in Boca Chica, Texas, so Starship won't be catching space debris for a long time. An upcoming test flight will take one of the latest models to a planned height of 12 miles — a far cry from going to orbit.

But if Musk is to be believed, the first Starship could reach Mars as soon as 2024 — and Earth's orbit is not nearly as ambitious of a target destination.

Whether cleaning up "other people's rockets" using its flagship spacecraft will be a lucrative enough endeavor to a for-profit space company remains to be seen.

SpaceX is in an odd position when it comes to the issue of space debris. The company has been sending up batches of 60 microsatellites at a breakneck pace to quickly build out its Starlink broadband-beaming constellation to bring internet connectivity to the entire globe. That could also result in more space junk in the long term, a point that hasn't gone unnoticed.

Early plans for a high altitude Starlink constellation — in line with other, existing communication satellites — changed "when we found that satellites at that higher altitude could be in orbit for centuries or millennia — that didn't sound great to us as there will always be failures of satellites," Shotwell explained.

Once the orbit decays enough, Starlink satellites face their final demise as they burn up in the Earth's atmosphere, one of the more common methods of disposing of spent objects in orbit.

Despite the low altitude, Starlink could still end up adding considerably to Earth's space junk problem — and running the risk of a dangerous collision in space in the process. Harvard-Smithsonian Center for Astrophysics astronomer Jonathan McDowell told Business Insider last week that only about 97 percent of SpaceX's Starlink satellites actually end up being operation.

"It’s not worse than anybody else’s failure rates," McDowell explained. "The concern is that even a normal failure rate in such a huge constellation is going to end up with a lot of bad space junk."

More on SpaceX: SpaceX Starship Prototype Fires Up Its 3 Engines Ahead of Flight to 12 Miles

Read This Next
From Our Partners
This NASA Apollo 15 Commemorative Watch Is Historic In Its Own Right
Moon Madness
SpaceX Will Launch Remote Controlled Racecars to Lunar Surface
Space Beef
Elon Musk: SpaceX Competitor "A Complete Waste of Taxpayer Money"
Trump Brain
Former Astronaut Blasts Trump For Lying About NASA
Falling Out of the Sky
NASA Astronauts "Almost Speechless" At How Well SpaceX Crew Dragon Did
More on Sci-Fi Visions
Human v. Giraffe
Tuesday on the byte
Chaotic Italian Fashion Line Baffles Facial Recognition Software
Step One
Tuesday on the byte
World’s Third Richest Person Says He’s Developed "Addiction" to ChatGPT
FROM THE DEPT. OF...
Tuesday on futurism
The Best Places to Buy A Laptop in 2023
READ MORE STORIES ABOUT / Sci-Fi Visions
Keep up.
Subscribe to our daily newsletter to keep in touch with the subjects shaping our future.
+Social+Newsletter
TopicsAbout UsContact Us
Copyright ©, Camden Media Inc All Rights Reserved. See our User Agreement, Privacy Policy and Data Use Policy. The material on this site may not be reproduced, distributed, transmitted, cached or otherwise used, except with prior written permission of Futurism. Articles may contain affiliate links which enable us to share in the revenue of any purchases made.
Fonts by Typekit and Monotype.