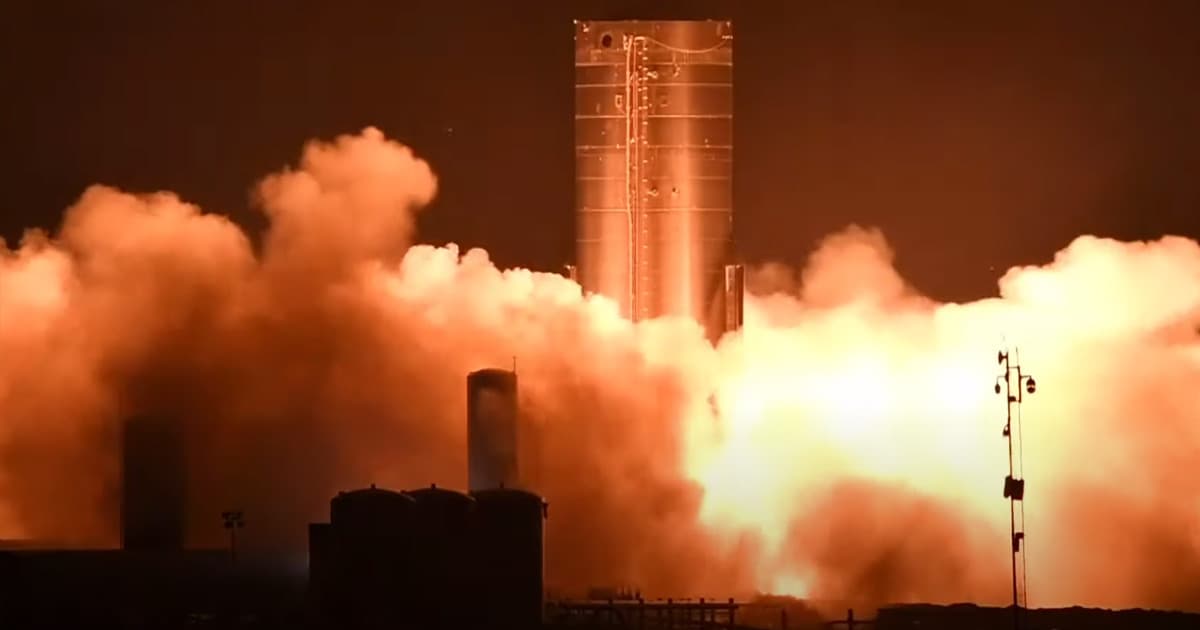 The event was caught on camera by NASASpaceFlight, showing the water tower-like rocket sending off a large cloud of white smoke.

The test moves the prototype another step towards its big moment: a test flight to an altitude of 12 miles.

So far, the company has flown three preceding Starship prototypes to 150 meters using only a single Raptor engine each time.

SN8 is not only outfitted with three of them, but it will also feature two aerodynamic "wings" and a nosecone, making it look much more like the final envisioned product. SpaceX may perform another static fire before those features will be installed.

According to SpaceX CEO Elon Musk, the final Starship design will feature six Raptor engines total: three for getting off the ground and three vacuum variants with much larger nozzles meant to propel it through space.

The 165-foot rocket will be pushed into orbit using a "Super Heavy" booster, which will feature around 30 Raptor engines on its own.

It's still unclear when SpaceX will attempt to fly SN8 to 12 miles, but given the successful static fire tests, such an attempt might now be a matter of months, if not weeks, away.

Musk has some ambitious plans for the Starship. If all goes well, he wants to send the first rocket all the way to Mars in a matter of just four years.

More on Starship: Elon Musk Wants to Send First Starship to Mars in 2024