The plan is to hold the first-ever car race on the surface of the Moon — in 2021. 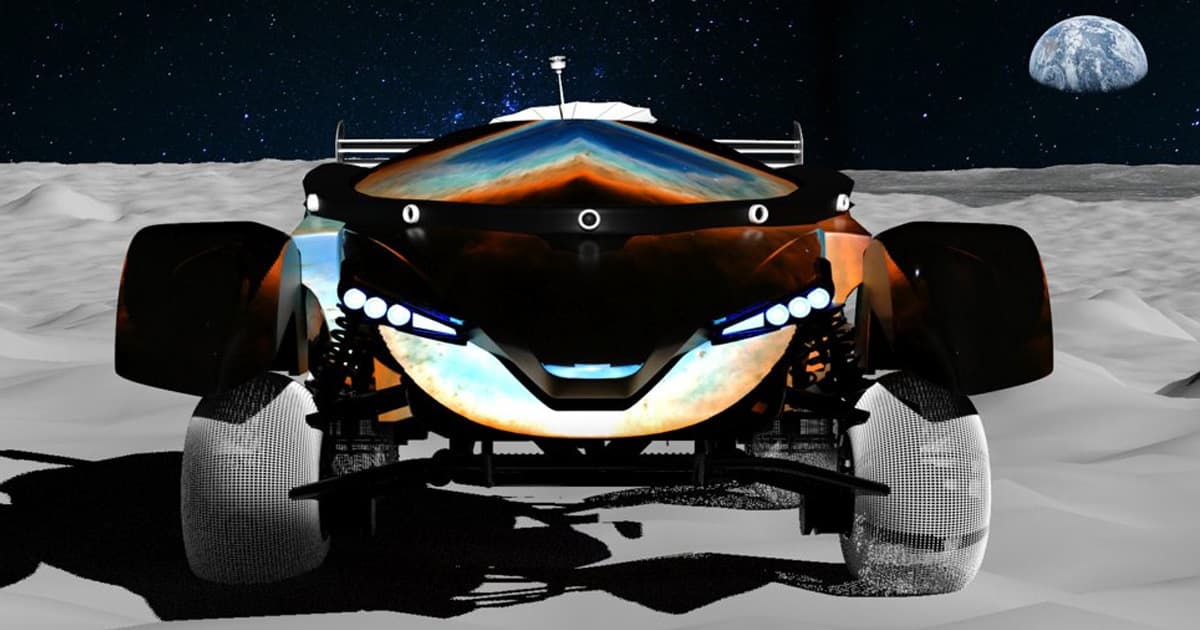 An ambitious startup is sending a pair of 5.5 pound, remotely-controlled racecars to the lunar surface to hold the first ever car race on the Moon, New Atlas reports — and a SpaceX Falcon 9 rocket will help them get there as soon as October 2021.

The race is being organized by Moon Mark, a multimedia and education content company, which partnered with Intuitive Machines, a Houston-based aerospace outfit.

Intuitive Machines claims it could soon become "the first private aerospace company to land on the Moon," according to a recent press release.

Only eight percent of the 100 kilogram payload is taken up by the remote-control cars, which will race around the sandy dunes of Oceanus Procellarum, a massive plain near the western edge of the near side of the Moon.

The rest of the payload is provided by NASA as part of the agency's Commercial Lunar Payload Services (CLPS) program, which is laying the groundwork for sending astronauts back to the surface of the Moon in 2024, according to an April press release.

The racecars themselves will be partially designed by six teams of high school kids from across the country, as New Atlas reports. The best two teams emerging from a series of challenges "will win a once-in-a-lifetime opportunity to build and race two vehicles on the Moon," according to a February press release.

"Competitors will then race their rovers remotely, navigating through harsh terrain, racing around a sphere of cameras, which will capture every aspect," the statement reads.

Moon Mark CTO Todd Wallach told New Atlas that teams will have "near real time visuals, telemetry and command and control" of the racecars.

Formula One racecar track designer Herman Tilke will design the track on the Moon.

"They know the lunar surface, it's been scanned to the point where he has enough information to develop this track," as automotive designer Frank Stephenson told the website.

Designers of the vehicles will have to take a number of factors into consideration, from dust entering the electronics to the substantially lower force of gravity.

"It's more about, say, dust filtration, traction, weight, materials, endurance, stability," Stephenson told New Atlas, adding that the cars will need a way to right themselves after going off some gnarly jumps.

READ MORE: There will be a remote-control car race on the Moon in 2021. Seriously. [New Atlas]

Read This Next
From the Dept. of Things to Buy
Review: The "Out of This World Cook Book" Chronicles the Early Meals of the Space Age
Overloaded
Whiny Space Tourists Say They Were Too Busy on the Space Station
The Moonian
Senior NASA Official Fears Getting "Stuck" on the Moon
Moon Patrol
US Military Announces Plans for Satellite Orbiting the Moon
Space Sick
Space Is Wreaking Havoc on Astronauts' Blood
More on Sci-Fi Visions
Health Revelation
Tuesday on neoscope
Chris Hemsworth Reveals Grim Genetic Test Results, Will Take Break From Acting
Cybersecurity Dis...
Nov 13 on the byte
Insurance Company Refuses to Pay Ransom, So Hackers Start Releasing Health Records of Up To 10 Million People
PDA
Nov 9 on futurism
Elon Musk Is Faving Posts on Twitter That Are Making Our Skin Crawl With Embarrassment
READ MORE STORIES ABOUT / Sci-Fi Visions
Keep up.
Subscribe to our daily newsletter to keep in touch with the subjects shaping our future.
+Social+Newsletter
TopicsAbout UsContact Us
Copyright ©, Camden Media Inc All Rights Reserved. See our User Agreement, Privacy Policy and Data Use Policy. The material on this site may not be reproduced, distributed, transmitted, cached or otherwise used, except with prior written permission of Futurism. Articles may contain affiliate links which enable us to share in the revenue of any purchases made.
Fonts by Typekit and Monotype.