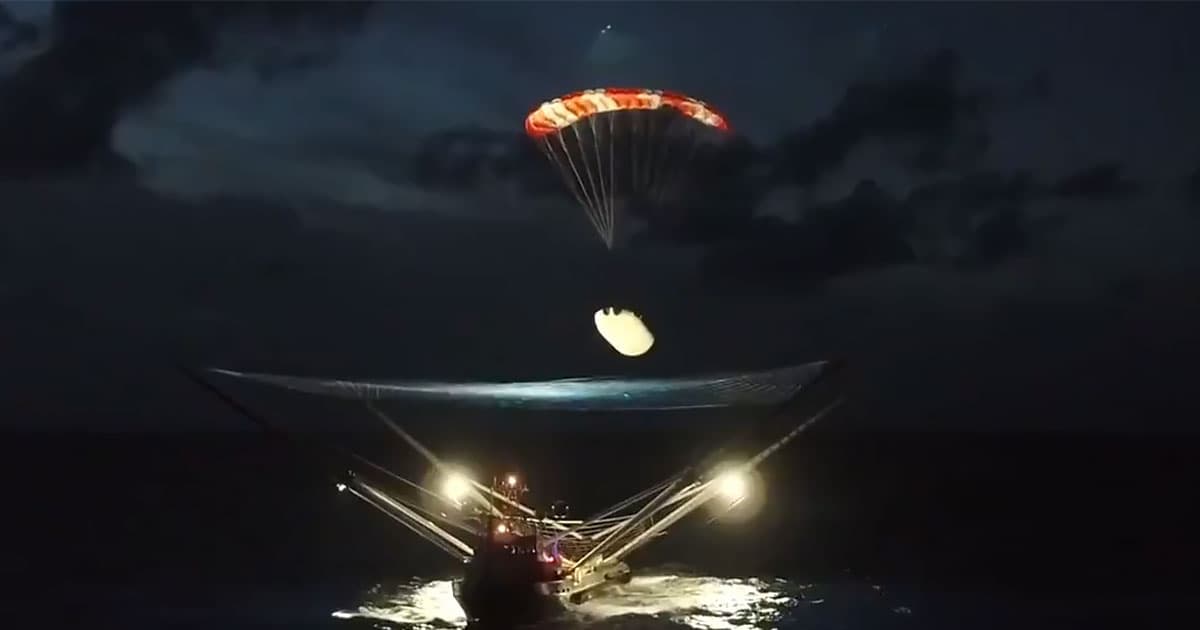 Not quite. SpaceX still needed to recover the rocket's fairing, the nose cone that protected the payload — and CEO Elon Musk just shared a stunning video of his company doing exactly that.

In the clip, a boat SpaceX dubbed Ms. Tree (formerly Mr. Steven) uses a giant net to prevent the fairing from splashing into the Atlantic Ocean, which could've rendered the $6 million nose cone unusable or, at the very least, forced SpaceX to spend additional money refurbishing it.

With a bit of help from the fairing's parachutes and small steering thrusters, however, Ms. Tree was able to prevent the nose cone from meeting a watery fate.

This is the second time Ms. Tree has caught a fairing — it snagged its first one in June — but that's not to say there haven't been many unsuccessful attempts.

In fact, it's taken SpaceX two year's worth of boat redesigns, trying various arm and net combinations, before landing on the current configuration — but with two consecutive successful recoveries, it seems this version of Ms. Tree is a winner.