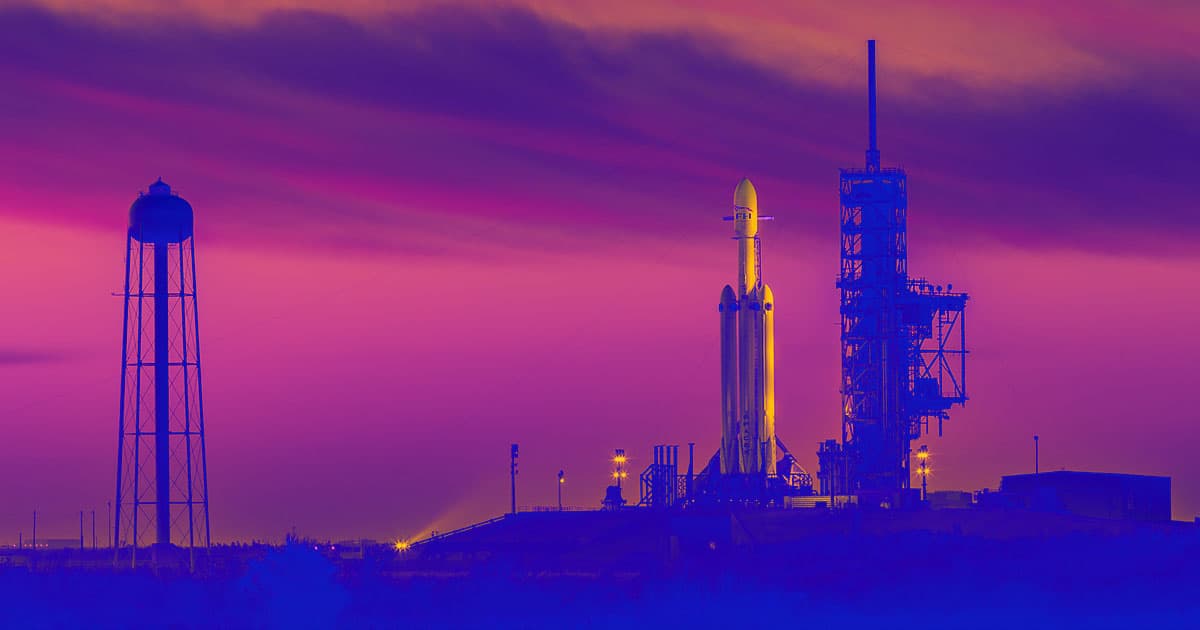 The rocket also carried the cremated remains of 152 humans into orbit.

The rocket also carried the cremated remains of 152 humans into orbit.

SpaceX's groundbreaking Falcon Heavy rocket — currently the most powerful operating rocket in the world — launched successfully from the Kennedy Space Center in Florida at 2:30 am ET, marking the third launch of its kind. And almost everything went according to plan as the ground crews cheered.

But not all three reusable rocket boosters stuck the landing. The center booster just missed its boat target, the "Of Course I Still Love You," off the coast of Florida – causing it to erupt into a massive fireball.

The hiccup was somewhat expected. SpaceX CEO Elon Musk called the launch "the most difficult launch ever" in a tweet last week.

Despite the explosion, the other two boosters landed neatly at their designated spots near the Space Center minutes into the launch. A giant net SpaceX set up called "Ms. Tree" even managed to catch the Falcon Heavy's fairing like a baseball glove after years of trial and error and five failed attempts.

Among the cargo are 24 top secret satellites for the Air Force, setting the groundwork for future collaborations between the private space company and the U.S. military. The launch was treated as a test by the Air Force before it commits to future launch contracts.

It also carried the ashes of some 152 cremated individuals into orbit for Celestis inc.

More on the launch: Elon Musk: This Is SpaceX's “Most Difficult Launch” Ever