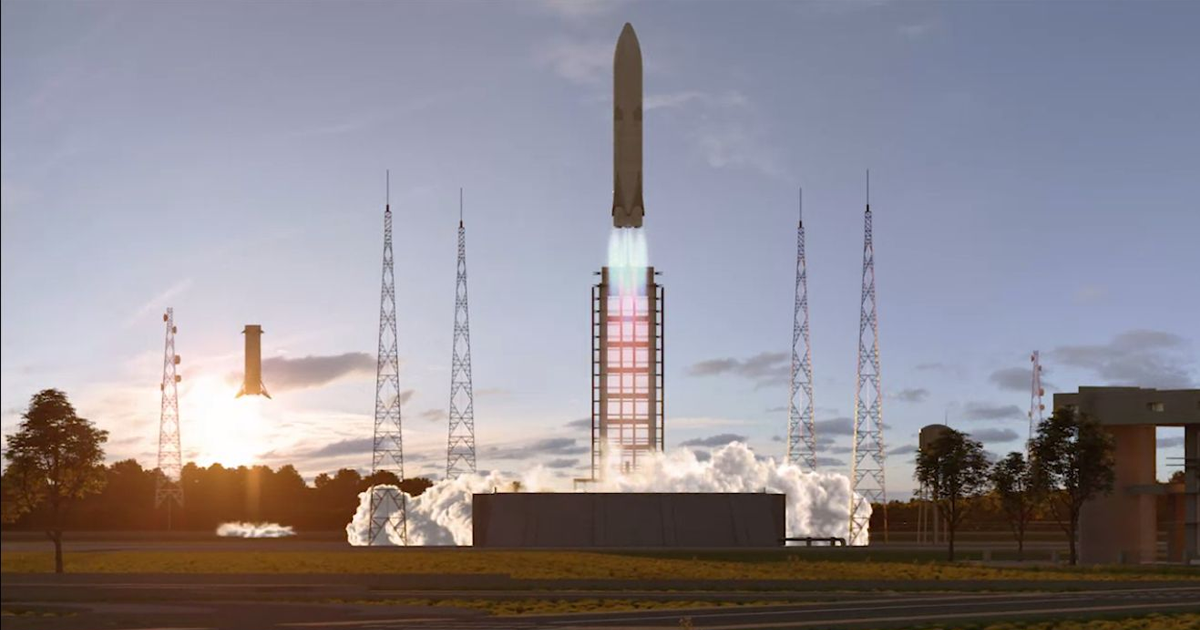 "To be fair, the European rocket builders have not sought to hide their emulation of SpaceX."

"To be fair, the European rocket builders have not sought to hide their emulation of SpaceX."

"To be fair, the European rocket builders have not sought to hide their emulation of SpaceX," wrote Eric Berger for Ars Technica, pointing out that CNES officials had been very forthcoming about how plans for a hopper vehicle in 2012 were very similar to SpaceX's work.

According to the promotional video, the Prometheus engines that powers the new space vehicle features 100 tons of thrust uses a mix of oxygen and methane as fuel — meaning it could make future rocket launches up to ten times cheaper.

The rocket itself will cost an estimated $1.1 million U.S. and will feature 3D printed parts. Plans by the European Space Agency call for the use of the Prometheus rocket for the successor of the Ariane 6 — a non-reusable launcher that costs substantially more.

SpaceX's Merlin 1D rocket used for Falcon 9 rocket launches has some very similar specs — up to 914 kilonewtons or 93 tons of thrust — as Ars pointed out. The rocket shown in the promotional video also features four landing legs — just like the Falcon 9.

But SpaceX has a massive head start: last week, the Elon Musk-led space company launched the same Falcon 9 rocket for a record-breaking fourth time. So far, all we've seen of Ariane's new platform is a fancy animation.

More on ArianeGroup: Europe Wants to Extract Rocket Fuel From Lunar Surface in 2025