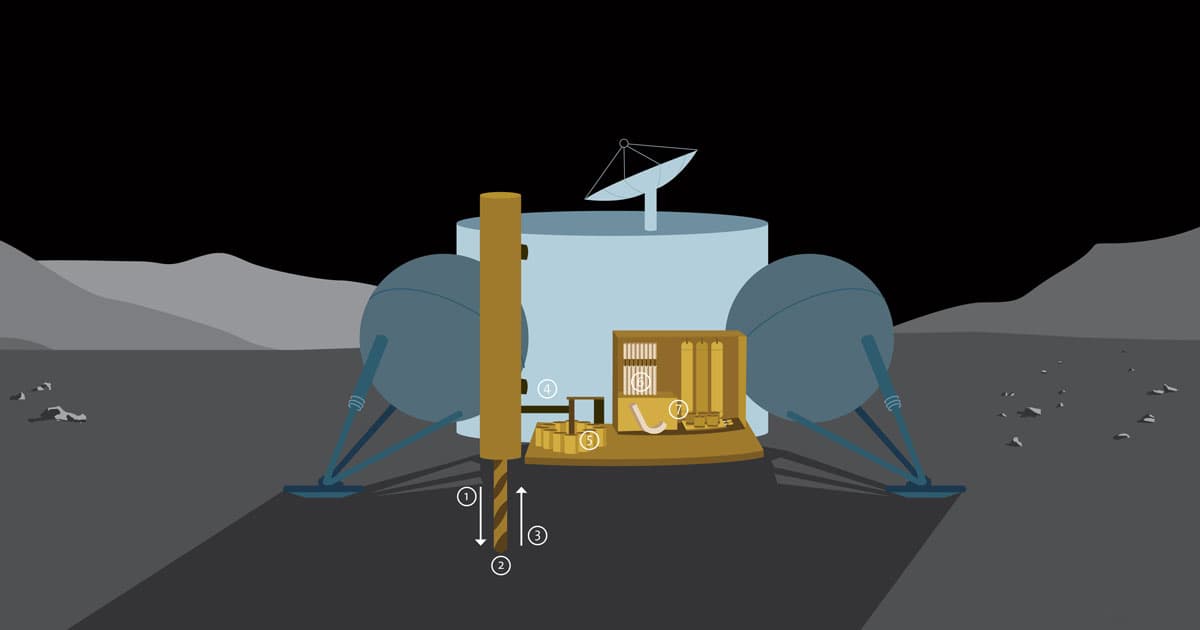 Europe Wants to Extract Rocket Fuel From Lunar Surface in 2025

A lunar fuel station could power missions to Mars and beyond.

A lunar fuel station could power missions to Mars and beyond.

The European Space Agency (ESA) says that it's studying the prospects of a 2025 mission to the Moon that would use robotic mining equipment to extract rocket fuel from lunar regolith, the ancient ore that covers the Moon's surface.

"The use of space resources could be a key to sustainable lunar exploration and this study is part of ESA's comprehensive plan to make Europe a partner in global exploration in the next decade," David Parker, the director of Human and Robotic Exploration at the ESA, said in a press release.

The plan is to work with ArianeGroup, a European aerospace company that says its Ariane 64 launch vehicle could ferry the equipment for the mission to the Moon. The ESA and ArianeGroup have now inked a deal to explore the potential mission.

"This first contract — symbolically announced on the day of a lunar eclipse — is a milestone for ArianeGroup, which has for a long time been working on technological proposals for space logistics servicing," ArianeGroup CEO André-Hubert Roussel said in the press release. "It is also an opportunity to recall the ability of Ariane 64 to carry out Moon missions for its institutional customers, with a payload capacity of up to 8.5 metric tons."

Though the press release doesn't specify, it's likely that the fuel the ESA would be interested in is helium-3, which may exist in lunar regolith — and which China may be scouting for with its own current Moon mission.

The new contract only covers the first year of exploring the feasibility of the Moon mission. But if the mission succeeded, the payoff could be enormous. If the ESA could extract rocket fuel from the regolith, according to the press release, it could use that fuel to maintain a human presence on the Moon — and to use the Moon as a gateway for "more distant exploratory missions."

More on lunar fuel: Mining the Moon for Rocket Fuel Could Help Us Reach Mars