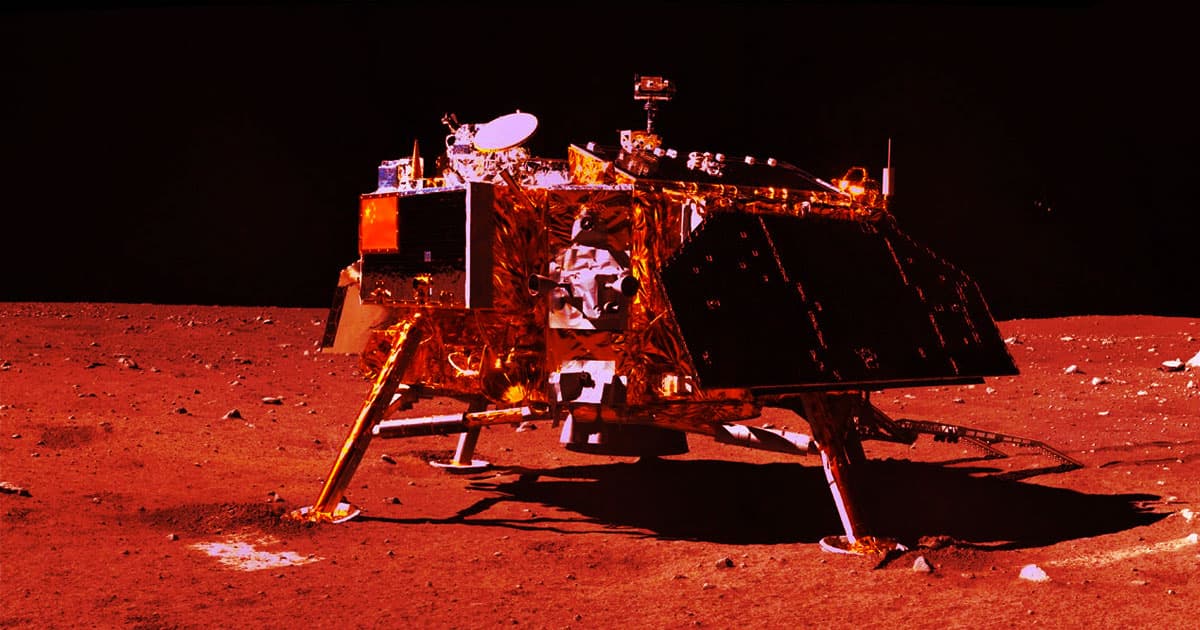 The Chinese Moon Rover Could Be Scouting for Interplanetary Fuel

"China thinks in decades. The US thinks in presidential terms.”

"China thinks in decades. The US thinks in presidential terms.”

Futurism has been closely following the progress of Chang’e-4, the Chinese Moon lander that touched down on the far side of the Moon last week and released a rover called Yutu 2.

As the first soft landing on the far side of the Moon in history, the mission was a coup for the Chinese space program. But new reporting by the South China Morning Post, a Hong Kong newspaper, suggests that the Chinese government could have an ulterior motive: scoping out whether the Moon contains an isotope the nation could used to fuel interplanetary missions.

The fuel in question is helium-3, the non-radioactive isotope featured in the 2009 Duncan Jones film “Moon.” Lunar regolith may be rich in helium-3, which could theoretically be a compelling source of fusion energy — or even power next-generation fusion rockets.

That’s all far in the future, but that doesn’t mean space pioneers in China don’t have their eyes on the prize.

“China thinks in decades,” Clive Neal, a lunar expert at the University of Notre Dame, told SCMP. “The U.S. thinks in presidential terms.”

READ MORE: The Fuel Quest That Could Be Driving China’s Mission to the Moon [South China Morning Post]

More on Chang’e-4: China Just Landed a Rover on the Far Side of the Moon