And it sent us a picture. 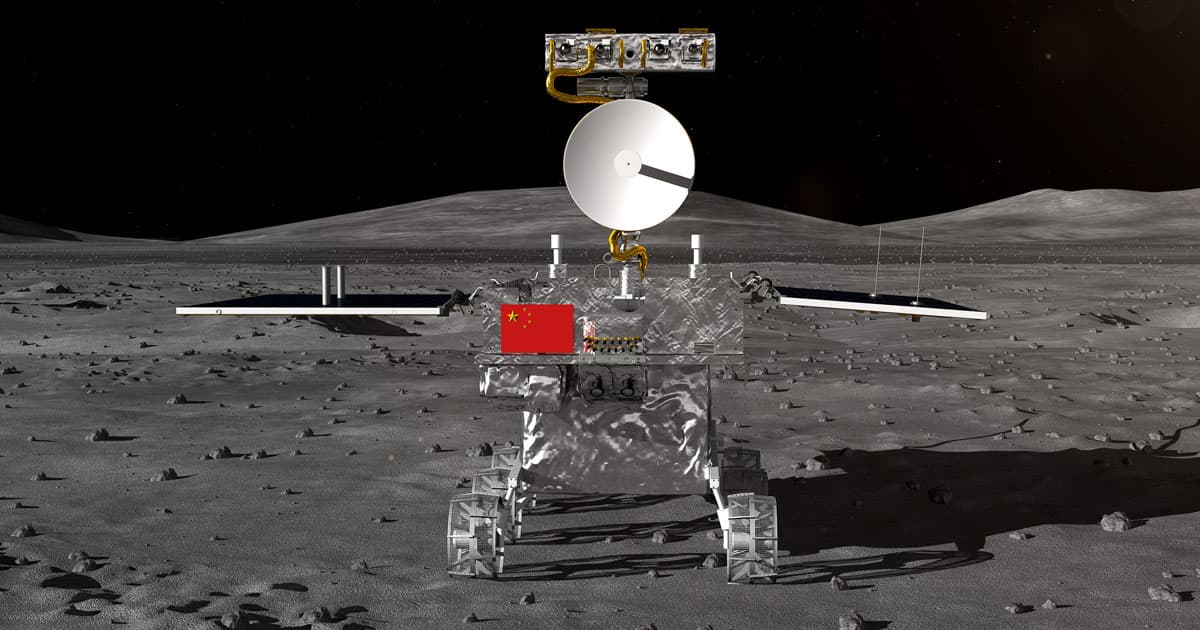 In a world's first, Chinese lunar probe Chang'e-4 just touched down on the far side of the Moon, the side that always faces away from the Earth. The probe landed near the lunar South Pole in the Aitken basin.

After touchdown, Chang'e-4 took a picture and sent it back to Earth via a relay satellite that was launched in June 2018 — signalling a huge win for China's space exploration ambitions.

The far side of the moon is pockmarked by large craters and rugged, mountainous terrain, making the landing far more difficult than on the near side.

Chang'e-4 will collect rock samples and compare them to samples taken from the other side of the Moon. It's also carrying a tiny biosphere containing Earthly species ranging from potato to the fruit fly, and will report on its progress.

And most fundamentally, it shows that China's space program is committed to — and capable of — exploring entirely new territories in the Solar System.

Read This Next
And He Scores
We Are Completely Puzzled by This Video of a Chinese Astronaut Playing Ping-Pong in Space
Moon Wrestling
The Head of NASA Is Scared Chinese Astronauts Will Seize Portions of the Moon
Monkey Business
China Plans to Send Monkeys to Space Station to Have Sex With Each Other
Next Time
NASA Cancels First Launch Attempt of Uber Expensive Moon Rocket
Back to the Moon
NASA: SpaceX Only Has to Prove It Can Land Astronauts on Moon, Not Bring Them Home Again
More on Off World
Drama Bomb
Wednesday on the byte
European Space Agency Halts Plans to Send Astronauts to Chinese Space Station
Futurism
Wednesday on the byte
Asteroid Mining Startup About to Launch First Mission
Carry On, Wayward...
Wednesday on the byte
NASA Says Lucy Spacecraft Will Forge Ahead With Busted Solar Array
READ MORE STORIES ABOUT / Off World
Keep up.
Subscribe to our daily newsletter to keep in touch with the subjects shaping our future.
+Social+Newsletter
TopicsAbout UsContact Us
Copyright ©, Camden Media Inc All Rights Reserved. See our User Agreement, Privacy Policy and Data Use Policy. The material on this site may not be reproduced, distributed, transmitted, cached or otherwise used, except with prior written permission of Futurism. Articles may contain affiliate links which enable us to share in the revenue of any purchases made.
Fonts by Typekit and Monotype.