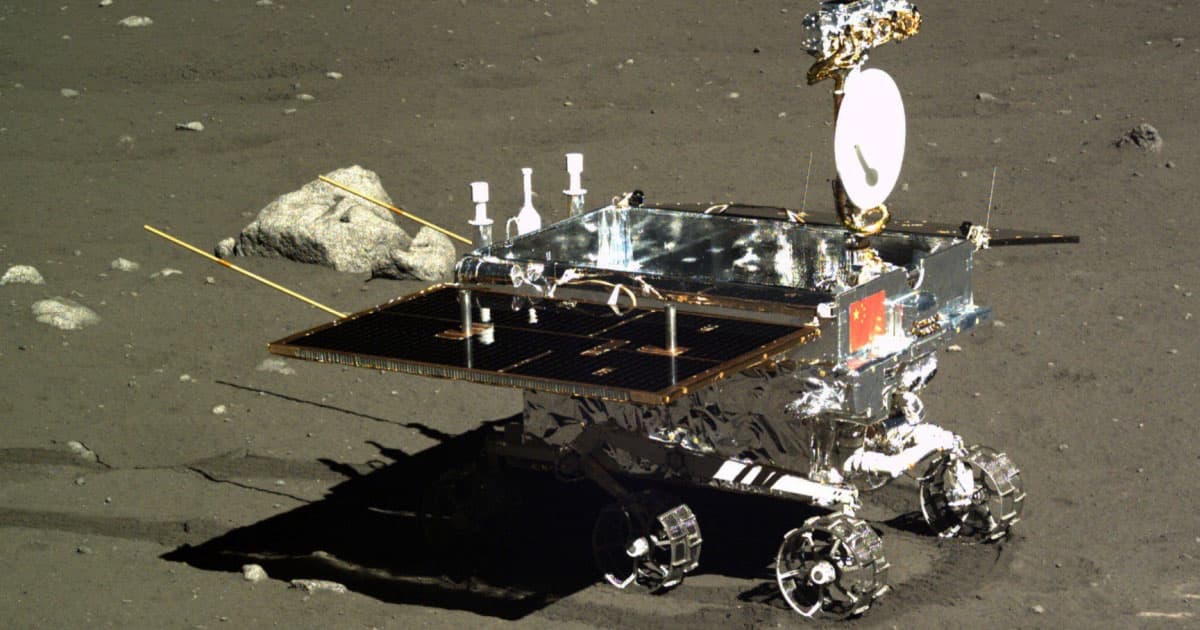 A Chinese lander destined for the far side of the Moon — the side that always faces away from the Earth — has now entered lunar orbit, Space News reports.

Early Wednesday morning, the spacecraft carrying the Chang'e-4 lander completed its journey from the Earth, which took nearly five days, and settled into an elliptical orbit around the Moon.

If the mission is successful, Chang'e-4 will be the first-ever lander to explore the so-called "dark side of the Moon." It'll rove the lunar surface, examine the Moon's composition, and even dabble in amateur gardening with a small pod that'll grow seeds and silkworm larvae.

To communicate with the Earth, Chang'e-4 will bounce signals off a relay satellite launched earlier this year.

Chinese officials haven't announced a firm date or location for the craft's landing, but it's expected to touch down in early January 2019, probably in the spacious Von Kármán crater.

China is already planning Chang'e-5, the mission to come after Chang'e-4. If all goes according to plan, that will be China's first Moon mission to return samples back to Earth and it'll launch in late 2019.

More on Chang'e-4: China to Land First-Ever Rover on Dark Side of the Moon

Read This Next
And He Scores
We Are Completely Puzzled by This Video of a Chinese Astronaut Playing Ping-Pong in Space
Moon Wrestling
The Head of NASA Is Scared Chinese Astronauts Will Seize Portions of the Moon
Putting Things In Perspective
Amazing Artemis Photo Shows Every Human, Alive or Dead, Plus the Moon
Monkey Business
China Plans to Send Monkeys to Space Station to Have Sex With Each Other
Sanctions Chess
Russia Says It'll Buy Space Parts From China, But China Says Uhhh Not So Fast
More on Off World
Stunning Centaur
3:13 PM on the byte
James Webb Spots Asteroid With Its Own Saturn-Like Rings
Grrrrrrrr
Yesterday on the byte
Internet Erupts as NASA Spots Cartoon Bear on Surface of Mars
Gl1tc4
Yesterday on the byte
NASA Says Another James Webb Instrument Has Suffered a Glitch
READ MORE STORIES ABOUT / Off World
Keep up.
Subscribe to our daily newsletter to keep in touch with the subjects shaping our future.
+Social+Newsletter
TopicsAbout UsContact Us
Copyright ©, Camden Media Inc All Rights Reserved. See our User Agreement, Privacy Policy and Data Use Policy. The material on this site may not be reproduced, distributed, transmitted, cached or otherwise used, except with prior written permission of Futurism. Articles may contain affiliate links which enable us to share in the revenue of any purchases made.
Fonts by Typekit and Monotype.