It'll also set up a lunar container of seeds and silkworm larvae. 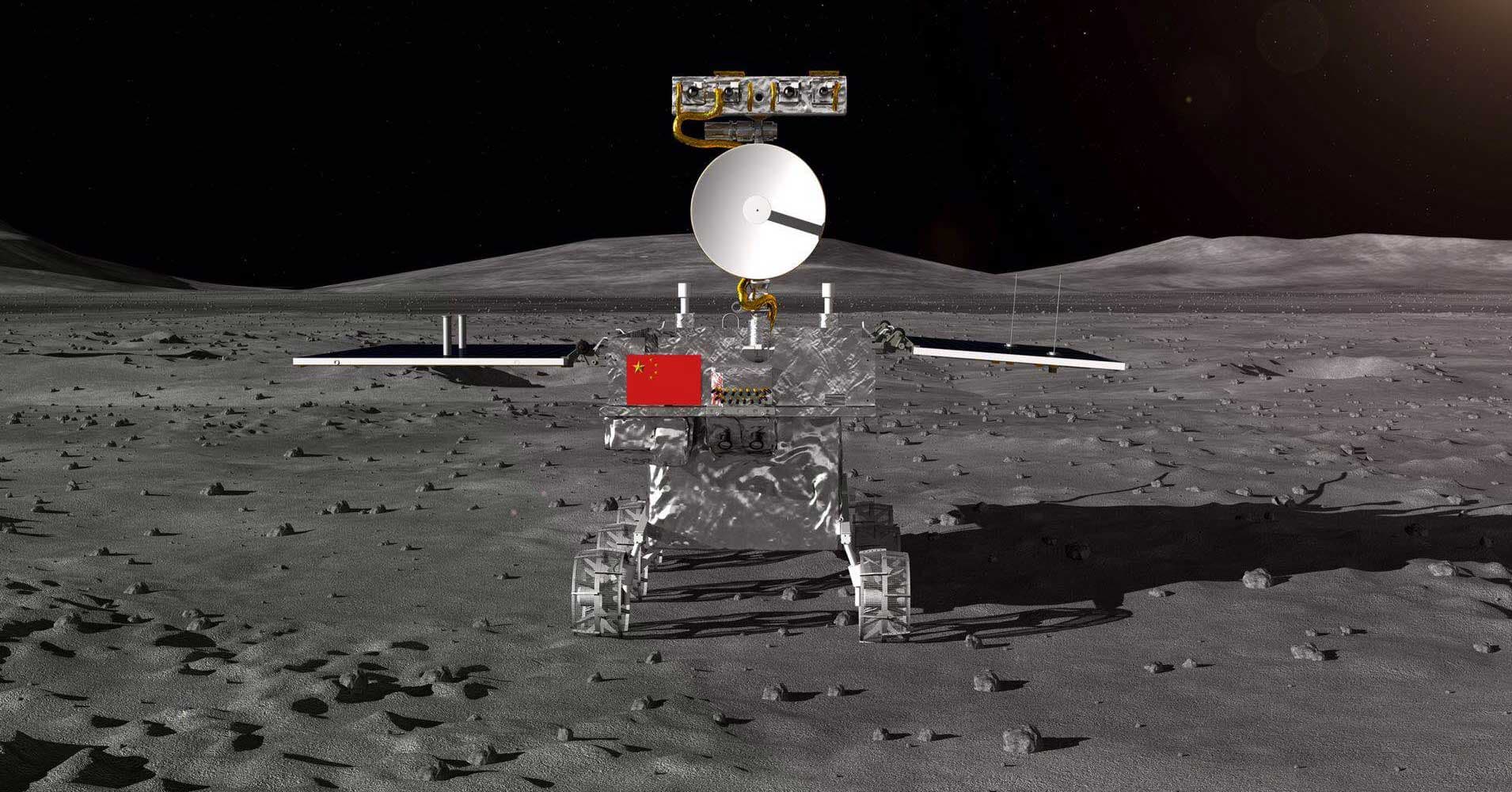 Back in 1959, the USSR's unmanned Luna 3 took the first photograph of the far side of the Moon — that's the half that always faces away from the Earth — from orbit, but no space program has ever landed a rover on it.

If all goes according to plan, that will soon change. China's space agency is launching a space probe on December 8 intended to land on the Moon's far side.

The Chang'e-4 lander and accompanying rover will need to navigate a far more rugged surface, covered in massive craters and with few larger flat areas — "lunar maria," in the jargon — that have traditionally facilitated Moon landings.

In 2013, China successfully landed the Chang'e-3 on the Moon to collect data about its surface. According to Science, the Chang'e-4 was originally a backup for the Chang'e-3 mission.

What makes the mission difficult is keeping in touch with a probe that's landed on the far side of the Moon, since the Moon itself will block most radio communications. To solve this, China launched a relay satellite called Queqiao back in May, which will pass on signals between Earth and the Chang'e-4.

If all goes well, the Chang'e-4 lander will land in a massive 2500 km (1550 miles) crater called Von Kármán near the Moon's south pole.

It will then explore the composition of the lunar surface of the far side of the moon, examining how it compares to the near side.

It will also set up a 3 kg (6.6 lb) container of seeds and silkworm larvae to see if they have a chance to coexist, and grow on the surface of the Moon.

Next year, China will launch the Chang'e-5 to retrieve 2 kilograms (4.4 pounds) of soil from a still untouched part of the near side of the Moon.

It may be our closest neighbor, but the Moon still has plenty of mysteries to uncover — especially its dark side. Next step: sending humans back to its surface for the first time in decades.

An earlier version of this story incorrectly claimed that NASA took the first photograph of the moon. It has been updated.

READ MORE: China sets out for the far side of the moon [Science]

More on China's moon landings:China Will Send Two Robots to Study the Moon

Read This Next
And He Scores
We Are Completely Puzzled by This Video of a Chinese Astronaut Playing Ping-Pong in Space
Moon Wrestling
The Head of NASA Is Scared Chinese Astronauts Will Seize Portions of the Moon
Putting Things In Perspective
Amazing Artemis Photo Shows Every Human, Alive or Dead, Plus the Moon
Monkey Business
China Plans to Send Monkeys to Space Station to Have Sex With Each Other
Sanctions Chess
Russia Says It'll Buy Space Parts From China, But China Says Uhhh Not So Fast
More on Off World
Drama Bomb
Wednesday on the byte
European Space Agency Halts Plans to Send Astronauts to Chinese Space Station
Futurism
Wednesday on the byte
Asteroid Mining Startup About to Launch First Mission
Carry On, Wayward...
Wednesday on the byte
NASA Says Lucy Spacecraft Will Forge Ahead With Busted Solar Array
READ MORE STORIES ABOUT / Off World
Keep up.
Subscribe to our daily newsletter to keep in touch with the subjects shaping our future.
+Social+Newsletter
TopicsAbout UsContact Us
Copyright ©, Camden Media Inc All Rights Reserved. See our User Agreement, Privacy Policy and Data Use Policy. The material on this site may not be reproduced, distributed, transmitted, cached or otherwise used, except with prior written permission of Futurism. Articles may contain affiliate links which enable us to share in the revenue of any purchases made.
Fonts by Typekit and Monotype.