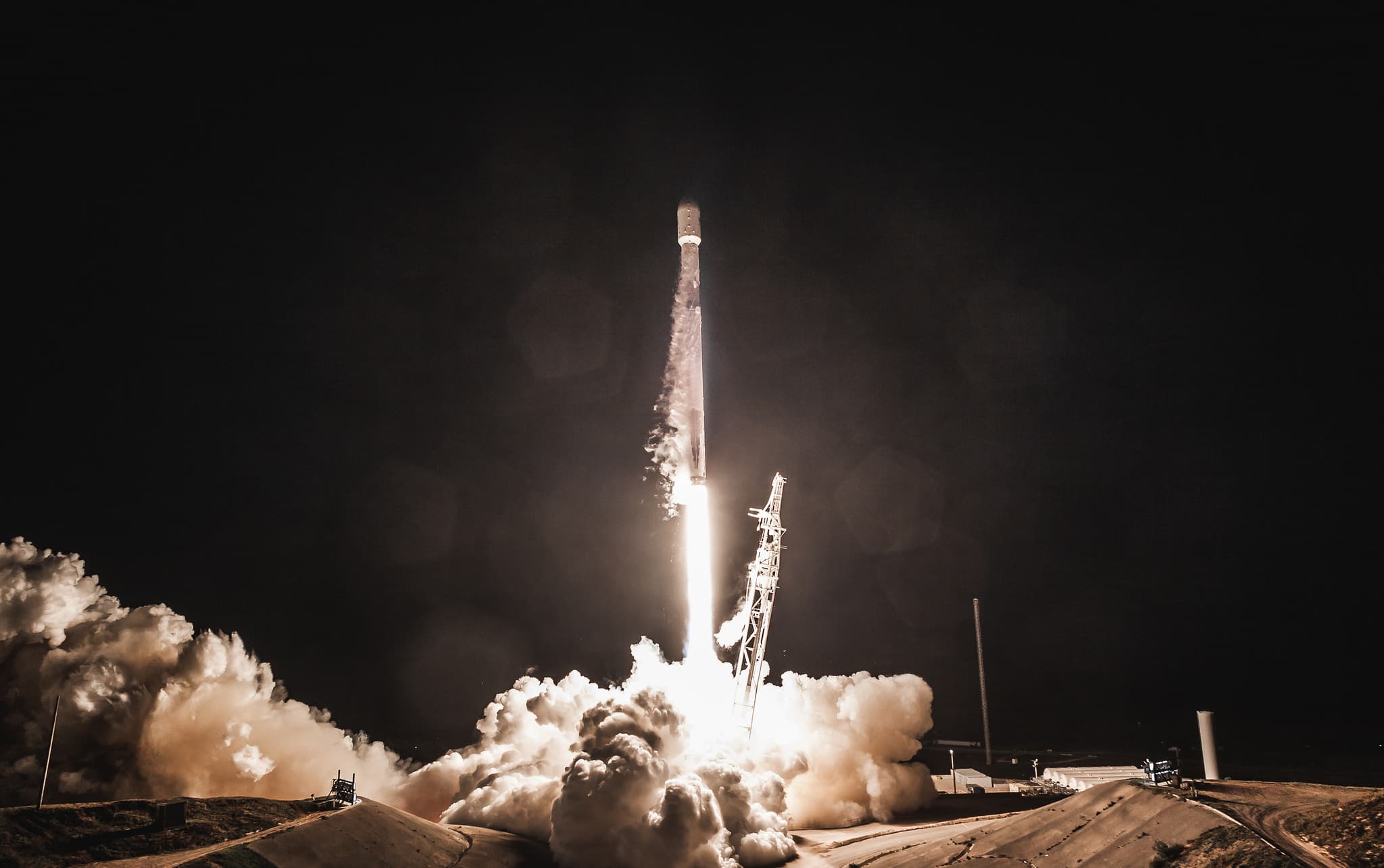 SAYING GOODBYE. At 5:42 am EDT Friday, SpaceX launched a Falcon 9 rocket from Florida's Cape Canaveral Air Force Station. Everything went according to plan; the only things that blew up were the ones that should blow up. At the time of writing, the rocket is helping its payload — the Dragon capsule — enter low Earth orbit. By Monday, it should rendezvous with the International Space Station (ISS), dropping off 5,900 pounds' worth of supplies and gear in what's now become a somewhat-routine mission for SpaceX.

While the objective itself isn't necessarily anything out of the ordinary, today's launch was special for SpaceX: it marked the last time the company would launch a Falcon 9 Block 4.

A BRIEF HISTORY OF THE FALCON 9. The Falcon 9 is SpaceX's workhorse rocket, completing 55 successful missions since its initial launch in 2010. In December 2015, the launch of the Falcon 9 v1.2, also known as the Falcon 9 Full Thrust, kicked off the era of the reusable rocket.

SpaceX started launching updated versions of the first Falcon 9 Full Thrust, known as Block 3, in 2017, eventually landing on its Block 4 design. SpaceX had already announced in 2016 that it had plans for a Block 5 version, and the company successfully launched the first Falcon 9 Block 5 on May 11 this year.

A BETTER BLOCK. In a briefing with reporters just prior to the first Falcon 9 Block 5 launch, SpaceX CEO Elon Musk said it would be the final version of the Falcon 9. He also described the various ways it was an improvement over its predecessors.

Block 5 is about twice as powerful as the Falcon 9 that first launched in 2010, according to Musk. It is also far more reusable than the Block 3 and Block 4 versions. SpaceX has never launched a Falcon 9 rocket more than twice (though Musk estimates a Falcon 9 Block 4 could probably launch upwards of 10 times with enough maintenance).

In contrast, a Block 5 should be able to launch 10 times with no refurbishment — just like an airplane. With some refurbishment every 10 or so launches, Musk estimates the rocket could handle 100 flights. The potential cost savings for a rocket that reusable are staggering.

LOOKING AHEAD. Now that SpaceX is officially retiring Block 4, it can focus on completing the seven successful launches Block 5 needs for NASA to allow it to carry people. SpaceX's goal is to knock those out by December so it can launch its first crewed Dragon capsule before the end of the year. So, while today's launch marked an end to one era of SpaceX rocketry, it opens the door for us to enter the next.

READ MORE: SpaceX Is About to Launch Its Final Block 4 Falcon [Wired]

The Dragon capsule has successfully entered orbit to rendezvous with the ISS in a matter of three days, and has unfurled its solar arrays to power its three day trip. By Monday morning Pacific time (about 5:30 AM ET), it should be close enough for the Canadarm of the ISS to pluck it out of empty space.