Another win for SpaceX. 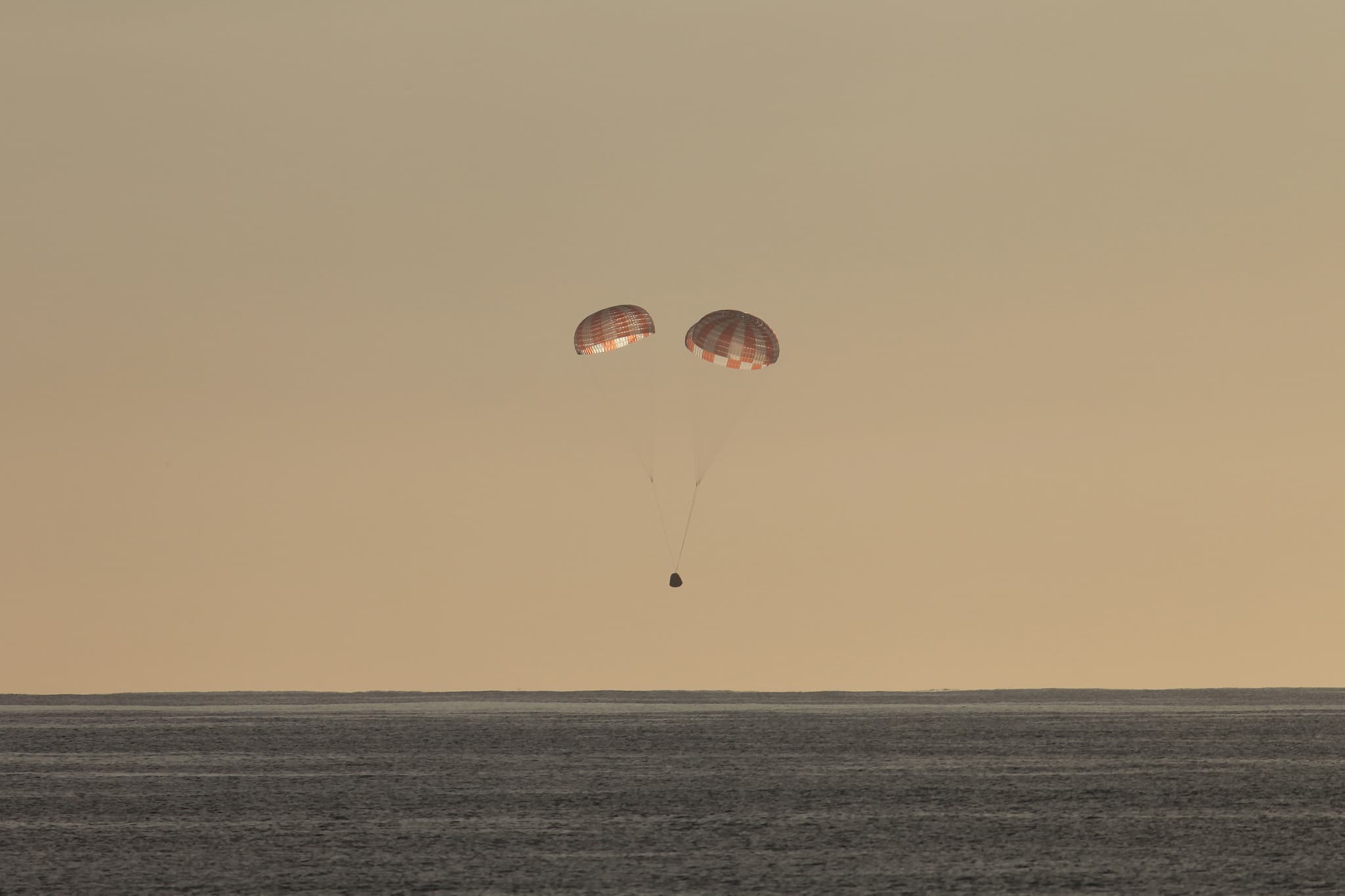 SpaceX has now completed a dozen successful missions to resupply the International Space Station (ISS). The twelfth Dragon capsule was recovered after a successful splash landing in the Pacific Ocean yesterday after a month-long stay at the space station.

The capsule brought an experimental supercomputer up to the station to test its performance in the harsh conditions of space. Also on board of the capsule was 2,900 kg (6,400 lbs) of food (including ice cream), Parkinson's disease research materials, and other supplies to support the continuation of experiments.

The ISS astronauts didn't send the Dragon back to Earth empty. The capsule hit the water filled with "science samples from human and animal research, biology and biotechnology studies, physical science investigations, and education activities," according to a statement from NASA officials.

This was the last first-time launch of a Dragon capsule. SpaceX will, going forward, focus on using only refurbished capsules. The company launched and landed its first reused Dragon a few months ago in June, although the costs at that time did not save SpaceX any money. The organization is, however, hoping that further development will allow the reuse of rockets to be faster, more efficient, and progressively cost-effective.

Read This Next
Shot Well
Head of NASA Relieved to Hear Elon Musk Isn't REALLY Running SpaceX
Makeover Scene
Space Tourist Says He's Thinking About Flying SpaceX Craft Up to Fix Hubble
Grain of Salt
There's a Huge Problem With Elon Musk's Promise to Bring Starlink to Iran
Sluggo Mode
SpaceX Has a Major Problem With Its Starlink Internet Connections
Dumpster Fire
SpaceX Tested Starship's Engines and Accidentally Caused a Large Fire
More on Off World
Little Guy
3:28 PM on the byte
Scientists Prototype "Creeping" Lizard-Like Robot for Exploring Mars
Killernova
Yesterday on the byte
Scientists Find "One in Ten Billion" Star System Primed to Explode in Titanic Kilonova
Lonely Planet
Feb 5 on futurism
Scientists Find Nearby Planet the Same Size of Earth, Plan to Search It for Life
READ MORE STORIES ABOUT / Off World
Keep up.
Subscribe to our daily newsletter to keep in touch with the subjects shaping our future.
+Social+Newsletter
TopicsAbout UsContact Us
Copyright ©, Camden Media Inc All Rights Reserved. See our User Agreement, Privacy Policy and Data Use Policy. The material on this site may not be reproduced, distributed, transmitted, cached or otherwise used, except with prior written permission of Futurism. Articles may contain affiliate links which enable us to share in the revenue of any purchases made.
Fonts by Typekit and Monotype.