The Falcon Heavy Launched. Here's What's Next for SpaceX.

Musk is ready for a new space race. 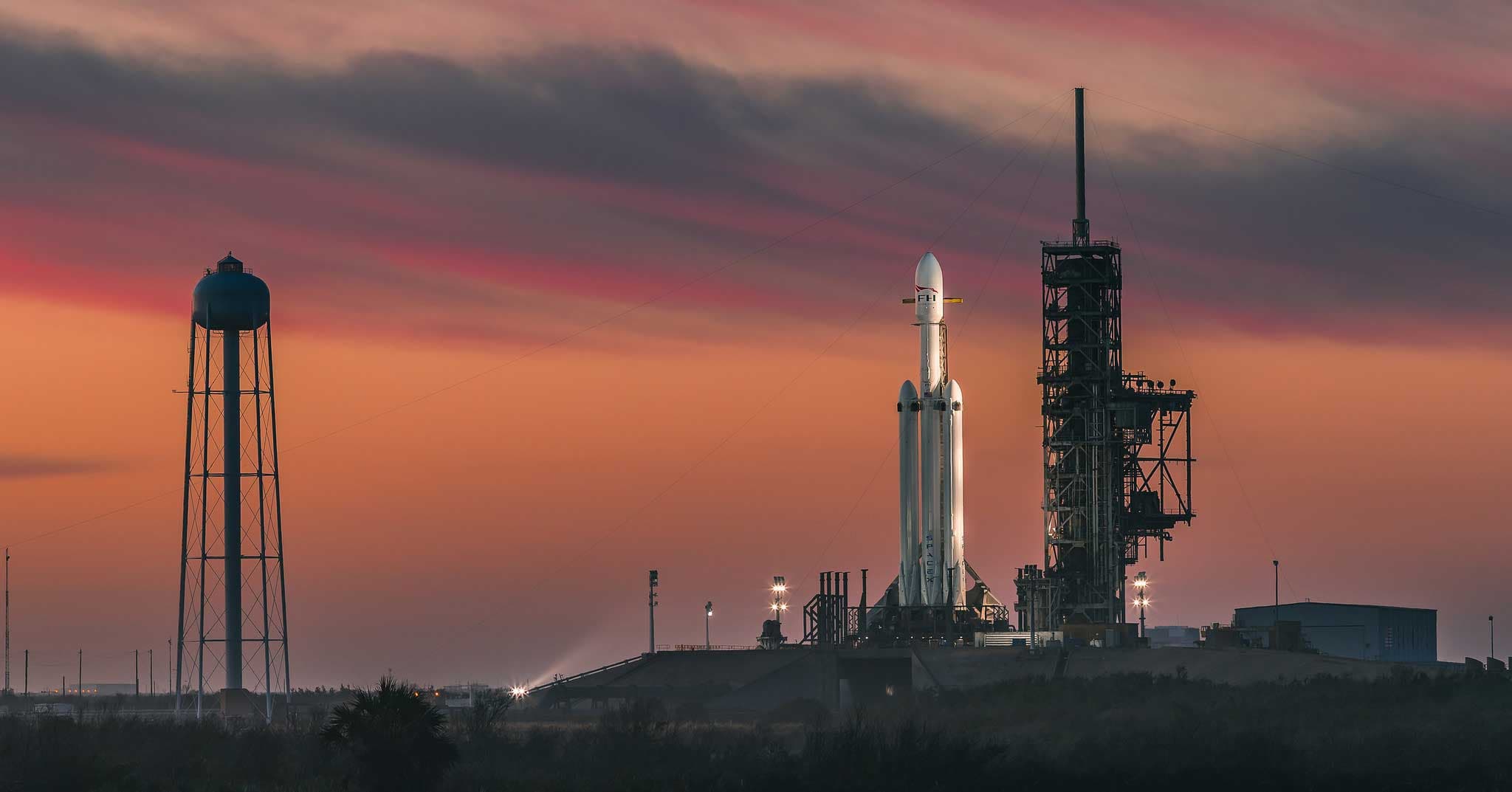 At 3:45 p.m. ET yesterday, February 6, SpaceX successfully launched Falcon Heavy, the most powerful rocket in the world. Minutes later, its two 16-story-tall side boosters executed a synchronized landing back at Cape Canaveral, though the fate of the rocket's center core remained up in the air.

A few hours later, SpaceX CEO Elon Musk cleared up the center core mystery during a press conference about the Falcon Heavy launch, in which he also detailed SpaceX's next steps.

According to Musk, the center core did make its way back to Earth — just not onto SpaceX's autonomous drone ship like it was supposed to. Two of the engines used to slow and guide the core didn't fire as expected, causing it to just miss the ship. This took out two thrusters and showered the deck with shrapnel when the core hit the Atlantic Ocean at approximately 482 kph (300 mph), Musk told reporters.

The loss of the center core was the only blemish on the day. Everything else about the Falcon Heavy launch went as hoped, and SpaceX is already looking forward to how that success could shape the future of space exploration.

“I think it’s going to encourage other countries and companies to raise their sights and say, ‘We can do bigger and better,’ which is great,” Musk told reporters, according to Business Insider. “We want a new space race. Space races are exciting."

As for "bigger and better," Musk told reporters SpaceX is now turning their own attention to the BFR, the "big f**king rocket" system they hope to use to send humans to the Moon, Mars, and even on quick hops across the Earth.

“There are a lot of uncertainties around this program, but it is going to be our focus,” Musk said during the press conference. He noted that he hopes to conduct a “full-scale test” within three to four years. It looks like the rest of the world will be racing against Musk himself to take the title of most powerful rocket away from Falcon Heavy.

Read This Next
Makeover Scene
Space Tourist Says He's Thinking About Flying SpaceX Craft Up to Fix Hubble
Grain of Salt
There's a Huge Problem With Elon Musk's Promise to Bring Starlink to Iran
Sluggo Mode
SpaceX Has a Major Problem With Its Starlink Internet Connections
Dumpster Fire
SpaceX Tested Starship's Engines and Accidentally Caused a Large Fire
Classified
Here's What the Former Head of NASA Has to Say About the Moon Mission Delay
More on Off World
TTFN
Yesterday on the byte
Skkrt! NASA's Orion Heads Back to Earth, Leaves Moon in the Dust
Icy Comet Eruption
Yesterday on the byte
Astronomers Spot Volcano Erupting on a Distant Comet
RUD-dy
Yesterday on the byte
SpaceX Rocket Engine Explodes In a Green Blast
READ MORE STORIES ABOUT / Off World
Keep up.
Subscribe to our daily newsletter to keep in touch with the subjects shaping our future.
+Social+Newsletter
TopicsAbout UsContact Us
Copyright ©, Camden Media Inc All Rights Reserved. See our User Agreement, Privacy Policy and Data Use Policy. The material on this site may not be reproduced, distributed, transmitted, cached or otherwise used, except with prior written permission of Futurism. Articles may contain affiliate links which enable us to share in the revenue of any purchases made.
Fonts by Typekit and Monotype.