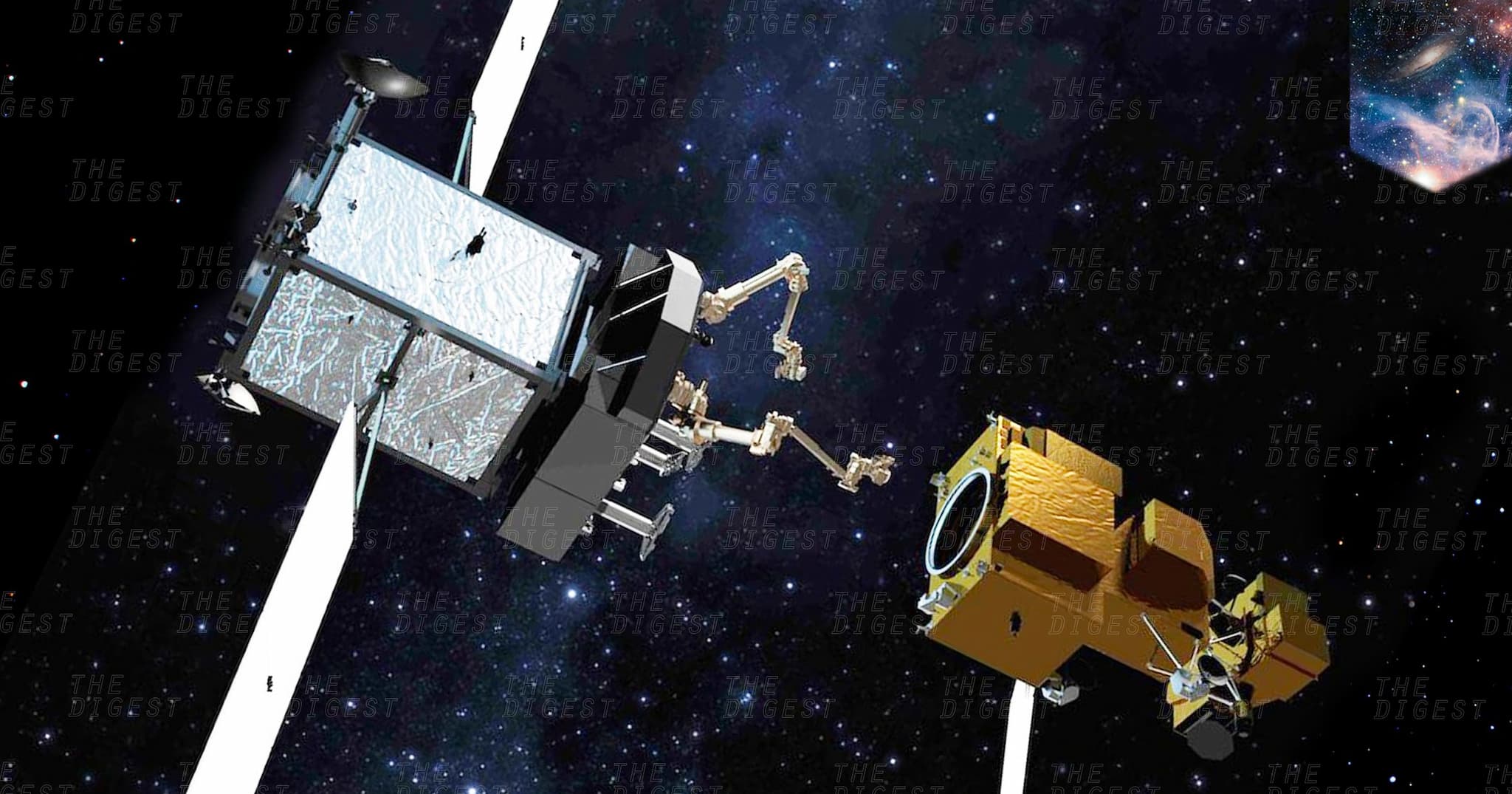 Service Robots Could Fix Up Orbiting Satellites Like Mechanics in Space

But there's a risk they could be used as weapons to damage valuable satellites, too.

But there's a risk they could be used as weapons to damage valuable satellites, too.

Car broken? You can take it to a mechanic. It's not so easy to do the same thing for a satellite in space. There are no mechanics in space, and "towing" a satellite back to Earth for repairs (just to launch it again) would not be cheap.

Now, engineers at NASA and the Defense Advanced Research Projects Agency (DARPA) are developing space robots that could change that. These space robots could act as those much-needed mechanics in space, approaching faulty satellites and using robot arms to complete all sorts of repairs or maintenance.

But the effort has some fearing for the worst — the same robots that fix satellites could, conceivably, break enemy satellites on purpose. After all, those same robotic arms could bend an antenna just as easily as they could straighten one, or empty a fuel tank instead of filling it. Countries could launch servicing satellites under the guise of repairing their own off-world systems and then actually use them to damage enemy satellites.

If a space robot ventured too close to another country's satellite, that country would be fully within its rights to response to the robot as a threat. This would eliminate any existing subjectivity on how close is too close.

It might mean arming satellites a little more than we've got right now, but it would be worth it to put those much-needed space mechanics into action as soon as they're ready.