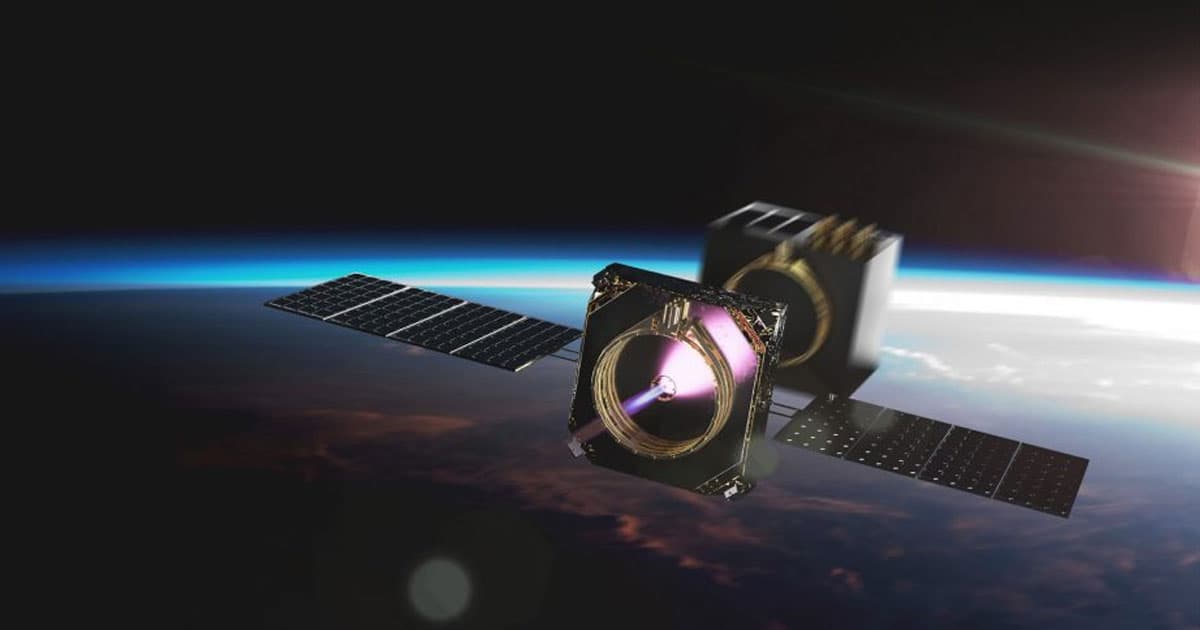 This marks the first time water plasma has been used to propel a spacecraft.

This marks the first time water plasma has been used to propel a spacecraft.

And early rounds of tests have gone without any major hurdles — and the trials mark the first time in history that water plasma propulsion has been used by a spacecraft, according to the company.

#ElCaminoReal is performing as expected! This successfully demonstrates for the first time, in-space water plasma propulsion, and also demonstrates the technology, which has the highest specific impulse among other water-based propulsion.

The system was developed to move micro-satellites between levels of orbit, from where they were dropped off to where they're needed to operate.

The startup has been testing the propulsion system on their El Camino Real — also known as Momentus X1 — spacecraft that launched on a Russian Soyuz rocket in July 2019.

The microwave-sized cubesat spacecraft uses water as a fuel to power its microwave electrothermal thruster to cycle between orbits.

Even freezing lines of propellant couldn't stop the spacecraft.

"The system proved to be highly resilient and post-freezing, all units were successfully verified to operate as expected," Kokorich told SpaceNews.