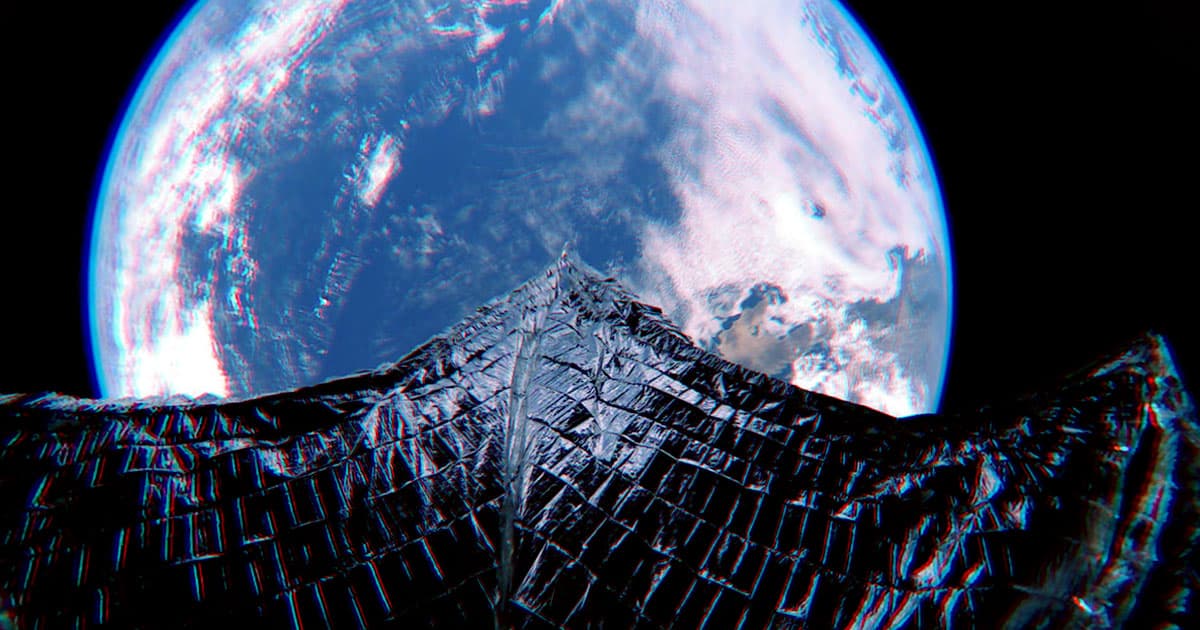 Solar sails could one day allow us to travel beyond the solar system.

Solar sails could one day allow us to travel beyond the solar system.

The Planetary Society's LightSail 2 has officially raised its orbit by just shy of two miles using its solar sail. It reached it's furthest point of Earth at 729 kilometers on Monday — an increase of 3.2 kilometers since it deployed the sail roughly two weeks ago.

That's an extraordinary accomplishment. The sail is designed to capture the tiny amount of pressure exerted by the Sun's radiation — a technology that could one day take us to far away places, even perhaps beyond the solar system.

In a single day, LightSail 2 managed to move its orbit by a record 900 meters.

To raise its orbit, the spacecraft had to cycle between what the Planetary Society's team is calling "detumble mode" — a process in which the craft spins a momentum wheel to right and stabilize itself — and solar sail mode. It spent about two thirds of its time within the last ten days in solar sailing mode.

LightSail 2 also sent back a couple of photos, showing its unfurled sail with the Earth behind it.