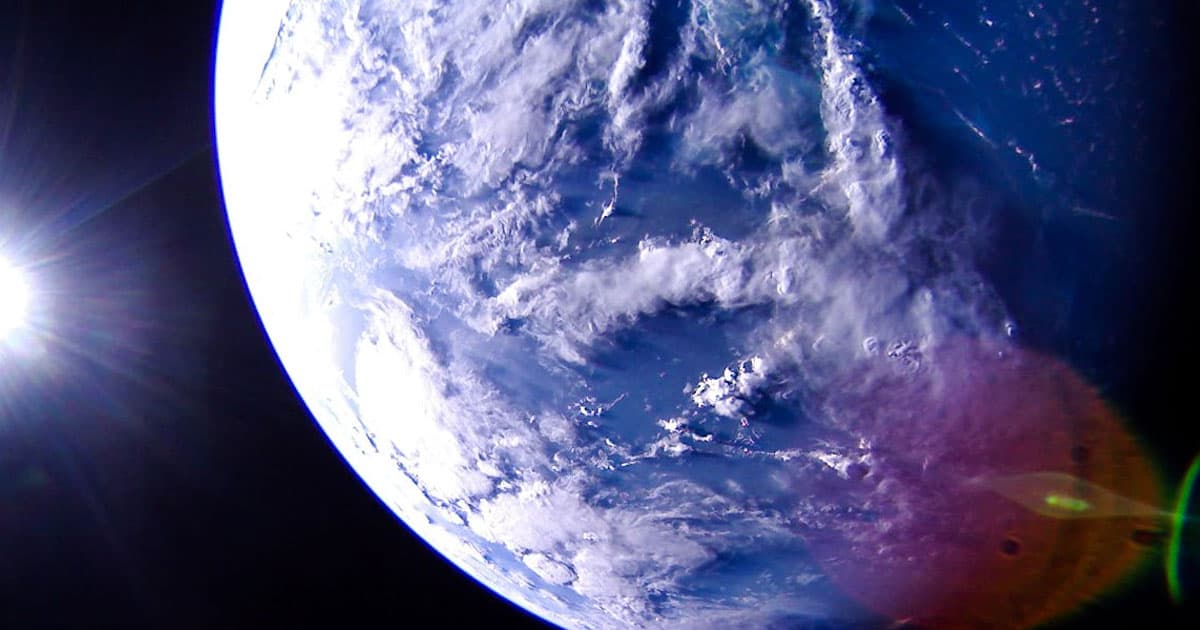 LightSail 2 is flexing its muscles while getting ready to unfurl its massive solar sail.

LightSail 2 is flexing its muscles while getting ready to unfurl its massive solar sail.

Crowdfunded spacecraft LightSail 2 just snapped some incredible photos of the Earth, days before it's scheduled to unfurl its solar sails.

Spare bandwidth allowed for two high-resolution images of our planet to reach the LightSail 2 team.

Fresh pics from LightSail 2! 📸🌎😍
Our flight controllers are continuing to tweak and test the spacecraft ahead of sail deployment: https://t.co/8HZUcVTD4D pic.twitter.com/yJ6h1lBxqM

LightSail 2 will explore a futuristic new way of locomotion in outer space that relies purely on sunlight. If all goes according to plan, a boxing ring-sized solar sail will unfurl and start collecting photons from the Sun to use for momentum.

The hope is to establish a new way of traveling to the far reaches of our Solar System without having to rely on heavy and expensive rocket fuel.

Thanks to a firmware update sent to the spacecraft, the Planetary Society reports that it's "healthy and stable in its current orbit," according to a statement.

The team is waiting for further data from the spacecraft to make sure it's safe to unfurl the solar sail.

Stephen Hawking Teams With Billionaire to Build An Interstellar Spaceship
4. 13. 16
Read More
CHON: Legacy
James Webb Discovers Coldest Ice in Known Universe, Harboring Molecules Essential For Life
Yesterday
Read More
Not a Scientist, Just Three Chatbots in a Trench Coat
Largest Publisher of Scientific Journals Slaps Down on Scientists Listing ChatGPT as Coauthor
Yesterday
Read More
+Social+Newsletter
TopicsAbout UsContact Us
Copyright ©, Camden Media Inc All Rights Reserved. See our User Agreement, Privacy Policy and Data Use Policy. The material on this site may not be reproduced, distributed, transmitted, cached or otherwise used, except with prior written permission of Futurism. Articles may contain affiliate links which enable us to share in the revenue of any purchases made.
Fonts by Typekit and Monotype.