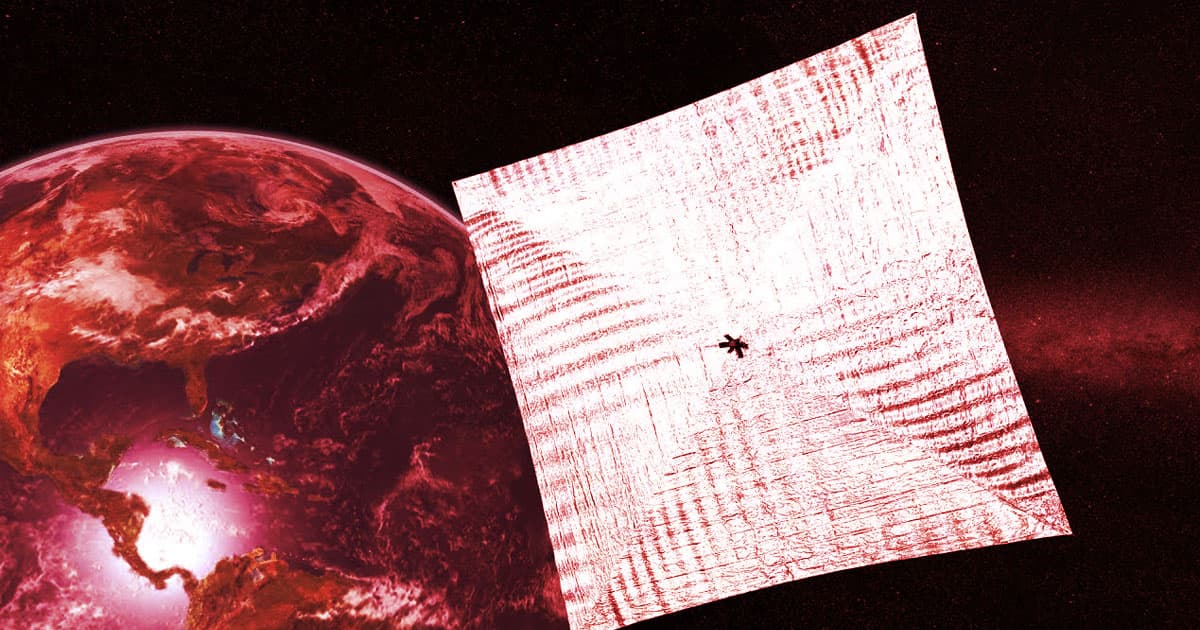 It updates every time LightSail 2 sends a transmission.

It updates every time LightSail 2 sends a transmission.

Last month, a spacecraft called LightSail 2 — which uses a solar sail to propel itself using sunlight — was sent into space.

Now a new website run by The Planetary Society, the space research organization that developed the solar sail, publishes every update it sends down. The Planetary Society expects LightSail 2’s sail to unfurl some time this week, according to The Verge, at which point it will begin to move through space with the power of the Sun — while the science-curious back on Earth follow its journey.

When the sail unfolds, it will reach roughly the size of a boxing ring, per The Verge. That means it could be visible from the surface of the Earth, so people could use the tracker website to know when to go artificial-stargazing.

The first LightSail’s main purpose was to demonstrate that a sail could open up in outer space, The Verge reports — but LightSail 2 will actually use the tech to climb into a higher orbit, using photons from the Sun to capture trace amounts of momentum to push forward, not unlike a boat catching a breeze.

LightSail 2 orbit the Earth for about a year. If it works as planned, the solar sail would mark the first demonstration of a new kind of space propulsion that could potentially give us the ability to probe deeper into space than ever before.

READ MORE: Now you can check in on Bill Nye’s solar sail as it orbits Earth [The Verge]

More on LightSail 2: SpaceX Is About to Launch a Solar Sail Inspired by Carl Sagan