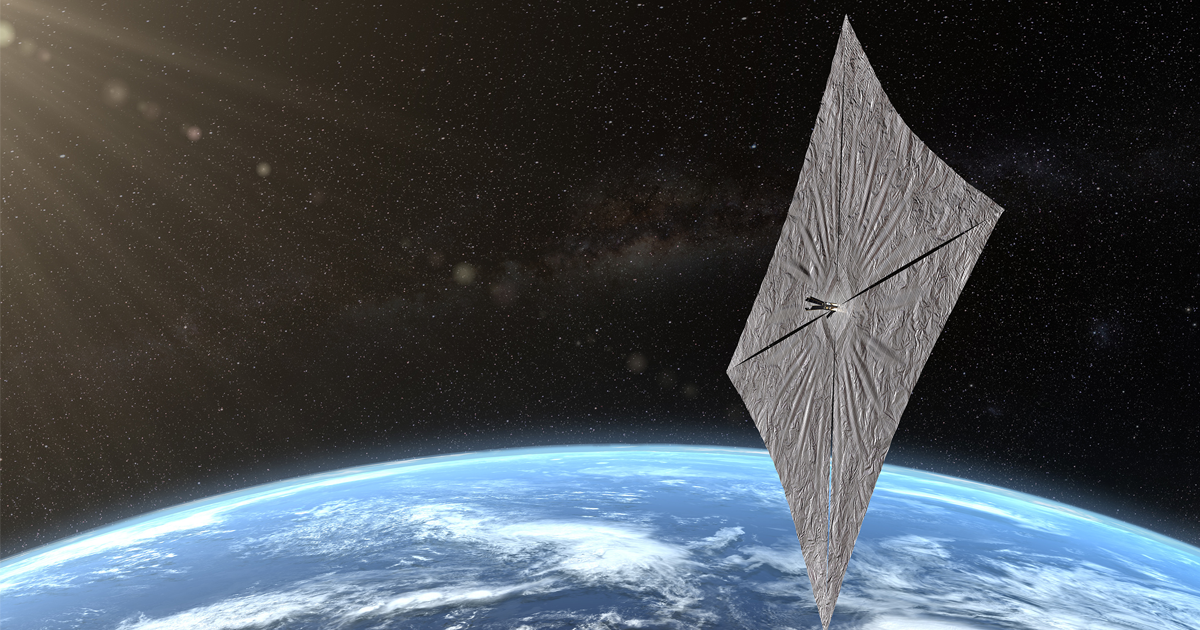 The tiny spacecraft could become the first to orbit the Earth using sunlight.

The tiny spacecraft could become the first to orbit the Earth using sunlight.

After months of delays, an 11 pound spacecraft propelled by the power of sunlight is finally launching aboard a SpaceX Falcon Heavy this summer from Kennedy Space Center in Florida.

The shoebox-sized LightSail 2 is the result of ten years of research and engineering by the Planetary Society — and it could pave the way for a radical new method of off-world propulsion that doesn't rely on fuel.

"Forty years ago, my professor Carl Sagan shared his dream of using solar sail spacecraft to explore the cosmos," said Planetary Society CEO Bill Nye — yes, of "science guy" fame — in a statement. "The Planetary Society is realizing the dream."

LightSail2 doesn't simply collect solar power through panels as a way to run conventional propulsion systems — instead, it uses the momentum transferred onto objects by sunlight itself. Photons from the Sun have no mass, but they do exert radiation pressure, which means the large flat surface of LightSail 2 can use it to push itself along like a sail boat.

If everything goes according to plan, the Planetary Society's spacecraft could become the world's first spacecraft to orbit the Earth using sunlight. The tech could eventually bring down the costs of powering small satellites and spacecraft.

More on solar sailing: Light Could Be The Answer To All Our Space Travel Problems