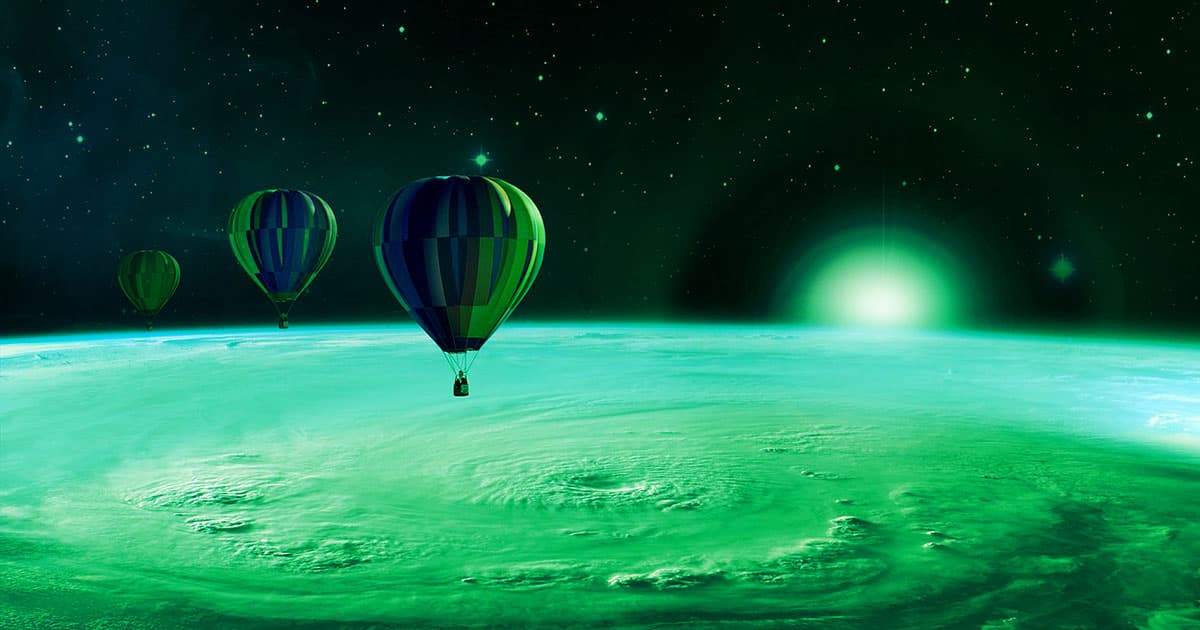 These Scientists Want to Launch Satellites From Steam Balloons

Scientists are working on a new low-cost, efficient way to get satellites up into space.

Instead of launching rockets from the ground, a team from the Finnish Meteorology Institute is investigating whether satellites could be lifted up into orbit through steam-filled balloons and launched from there, according to SciTech Europa. While they haven't actually tested the idea yet, computer simulations suggest that these steam balloon launches could feasibly change the way scientists move equipment into orbit.

The idea of launching a satellite with a balloon isn't new. But past iterations used balloons filled with hydrogen or helium, both of which are more expensive than steam — and hydrogen in particular is potentially more disastrous given how easily it combusts.

Replacing those gases with steam should, if the computer simulations are to be believed, give any passengers a smooth ride to the outer reaches of the atmosphere before the rocket takes off from an altitude much closer to orbit, according to StiTech Europa. Once it lands, it will be ready to be used again, no environmentally-devastating rocket fuel required.

More on space balloons: DARPA's Balloons Could Hover at the Edge of Space Indefinitely