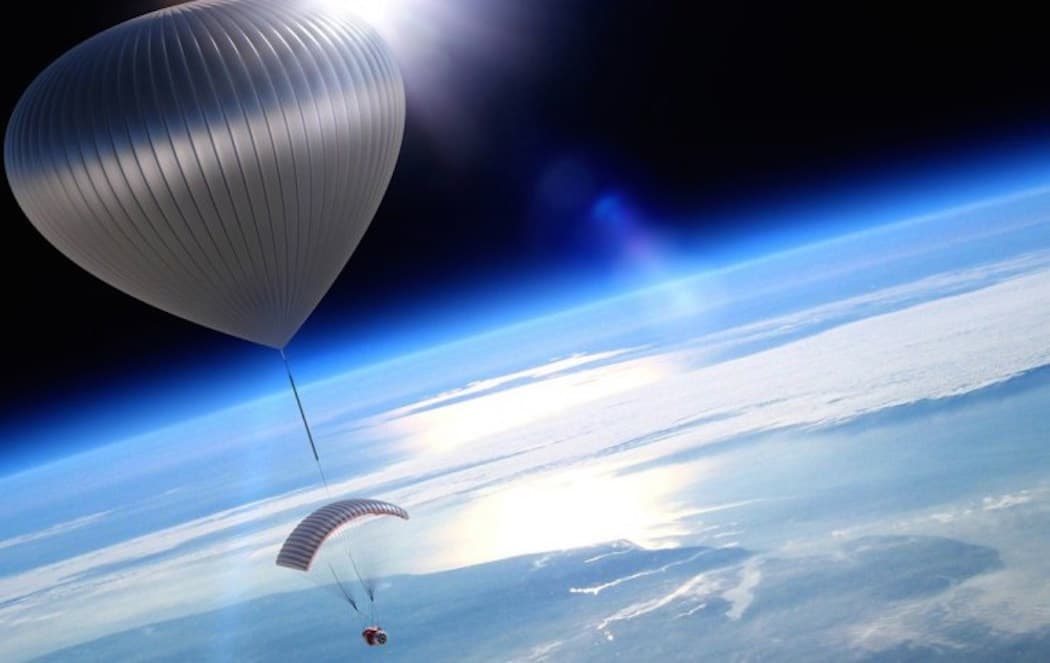 So, what is a balloon spaceport? Basically, it is an awesome ride.

The vote from Arizona’s Pima County to award the deal comes after a yearlong and nationwide search for the high altitude balloon company to confirm the location of its headquarters.

The company is known for being able to bring payloads of up to 100,000 feet and then back  (Obviously. What would be the point if they couldn't bring it back and, instead, you just drifted off into space?).

Since they have confirmed the decision to build the spaceport here, Worldview Enterprises will now study how it can expand testing and development to ramp up payload flights.

According to the company, the decision to build in Arizona is largely credited to the state’s consistently good weather, allowing balloon flight schedules to be more reliable. In addition, air traffic issues that could be caused by neighboring military bases are well controlled, which shouldn’t cause issues.

The payloads that World View could accommodate can cover everything from cameras, telescopes, and even humans. World View has been known to launch technology payloads with NASA, Northrop Grumman, and the Department of Defense.

But what does the world need a balloon spaceport for?

The “World View Experience” allows people to go on a high-altitude balloon ride and view the Earth from the stratosphere before gently gliding back down to Earth.

Passengers can lift off in a pressurized capsule equipped with WiFi and even a bar. Each capsule can potentially hold six passengers with a two-person crew.

As it ascends, the helium expands in the balloon and, in roughly two hours, the passengers then reach their peak height of 100,000 feet. The capsule then can gently sail across the atmosphere for another two hours before the pilot descends the aircraft by venting the helium and detaching itself from the balloon.

Crewed flights aren’t expected to begin until late 2017 or early 2018, but tickets for the World View Experience are already available for $75,000. No word as to how many people can actually afford that hefty price tag and have signed up for this incredible experience, but the company says they already have customers all over the world.

I won't argue if anyone wants to buy me a ticket.

Read This Next
Futurism
NASA Launches a Balloon to Orbit the Earth and Study Space
More on Off World
Stunning Centaur
Yesterday on the byte
James Webb Spots Asteroid With Its Own Saturn-Like Rings
Grrrrrrrr
Friday on the byte
Internet Erupts as NASA Spots Cartoon Bear on Surface of Mars
Gl1tc4
Friday on the byte
NASA Says Another James Webb Instrument Has Suffered a Glitch
READ MORE STORIES ABOUT / Off World
Keep up.
Subscribe to our daily newsletter to keep in touch with the subjects shaping our future.
+Social+Newsletter
TopicsAbout UsContact Us
Copyright ©, Camden Media Inc All Rights Reserved. See our User Agreement, Privacy Policy and Data Use Policy. The material on this site may not be reproduced, distributed, transmitted, cached or otherwise used, except with prior written permission of Futurism. Articles may contain affiliate links which enable us to share in the revenue of any purchases made.
Fonts by Typekit and Monotype.