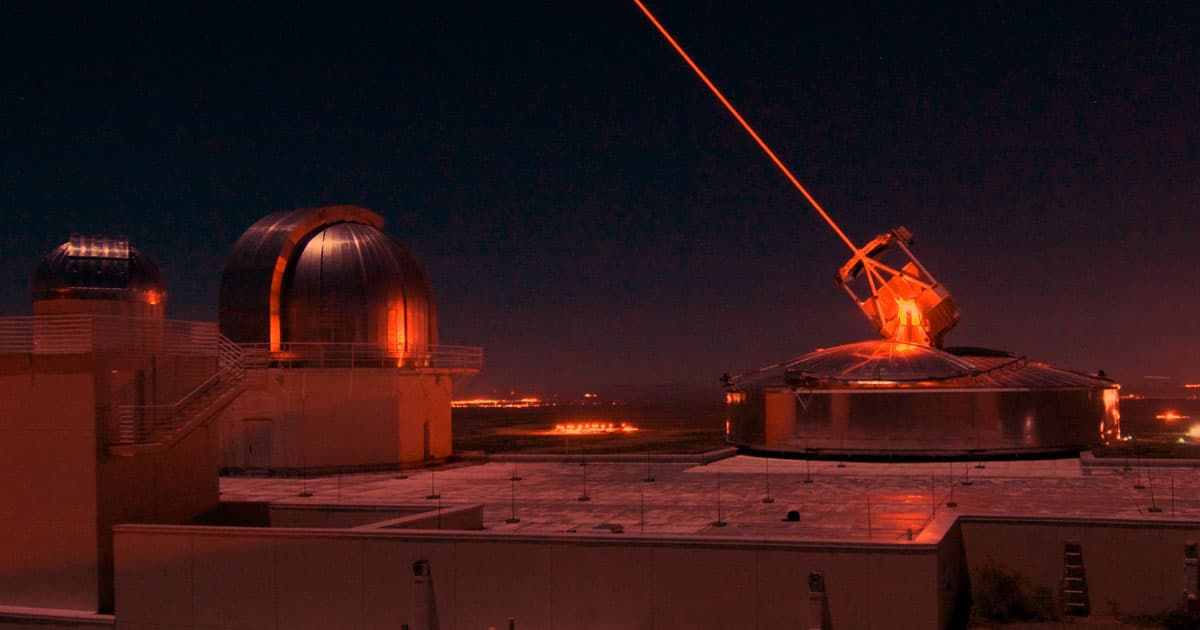 Pentagon Warns That Enemies Could Shoot US Satellites With Lasers

For the past year, the U.S. has been throwing around the idea of establishing a “Space Force” to prepare it for off-world warfare.

On Monday, the public got a clearer idea of just what kind of battles the nation expects might be on the horizon: satellite attacks by laser weapons. In other words, the real world is sounding more like “Star Wars” every day.

On Monday, the Pentagon released a report titled “Challenges to Security in Space” in which a key claim is that Russia, China, Iran, and North Korea are in the process of developing technologies they could use to attack U.S. satellites.

According to the report, at least two of these nations — China and Russia — are “likely” pursuing “laser weapons to disrupt, degrade, or damage satellites and their sensors.”

“China likely will field a ground-based laser weapon that can counter low-orbit space-based sensors by 2020,” the report reads, “and by the mid-to-late 2020s, it may field higher power systems that extend the threat to the structures of non-optical satellites.”

Russia, meanwhile, already has a land-based laser weapon the Pentagon believes is “likely intended for an anti-satellite mission.” The nation is now reportedly “developing an airborne (anti-satellite) laser weapon system to use against space-based missile defense sensors.”

The importance of satellites to modern life — not just modern military operations — is nearly impossible to overstate. The devices play an integral role in our abilities to communicate with one another, navigate the world around us, study important issues such as climate change, and much more.

If one nation did want to wreak havoc on another, taking out its satellites would certainly do the trick. So if the intel behind the Pentagon’s new report is solid, it’s imperative that the U.S. find ways to counter any laser threats to U.S. satellites — no matter how much they may sound like science fiction.

More on the space force: The US May Soon Have the World’s First Space Force

Rain Check
Military Satellite Launch Delayed After Fuel Leak
12. 6. 21
Read More
An arms race by any other name.
US Agencies, Military Rush to Condemn Russia Blowing Up Satellite
11. 16. 21
Read More
X-Ray Vision
A New Satellite Can Peer Inside Some Buildings, Day or Night
12. 16. 20
Read More
+Social+Newsletter
TopicsAbout UsContact Us
Copyright ©, Camden Media Inc All Rights Reserved. See our User Agreement, Privacy Policy and Data Use Policy. The material on this site may not be reproduced, distributed, transmitted, cached or otherwise used, except with prior written permission of Futurism. Fonts by Typekit and Monotype.