The US May Soon Have The World’s First Space Force

President Trump said it will be "separate but equal" to the Air Force. 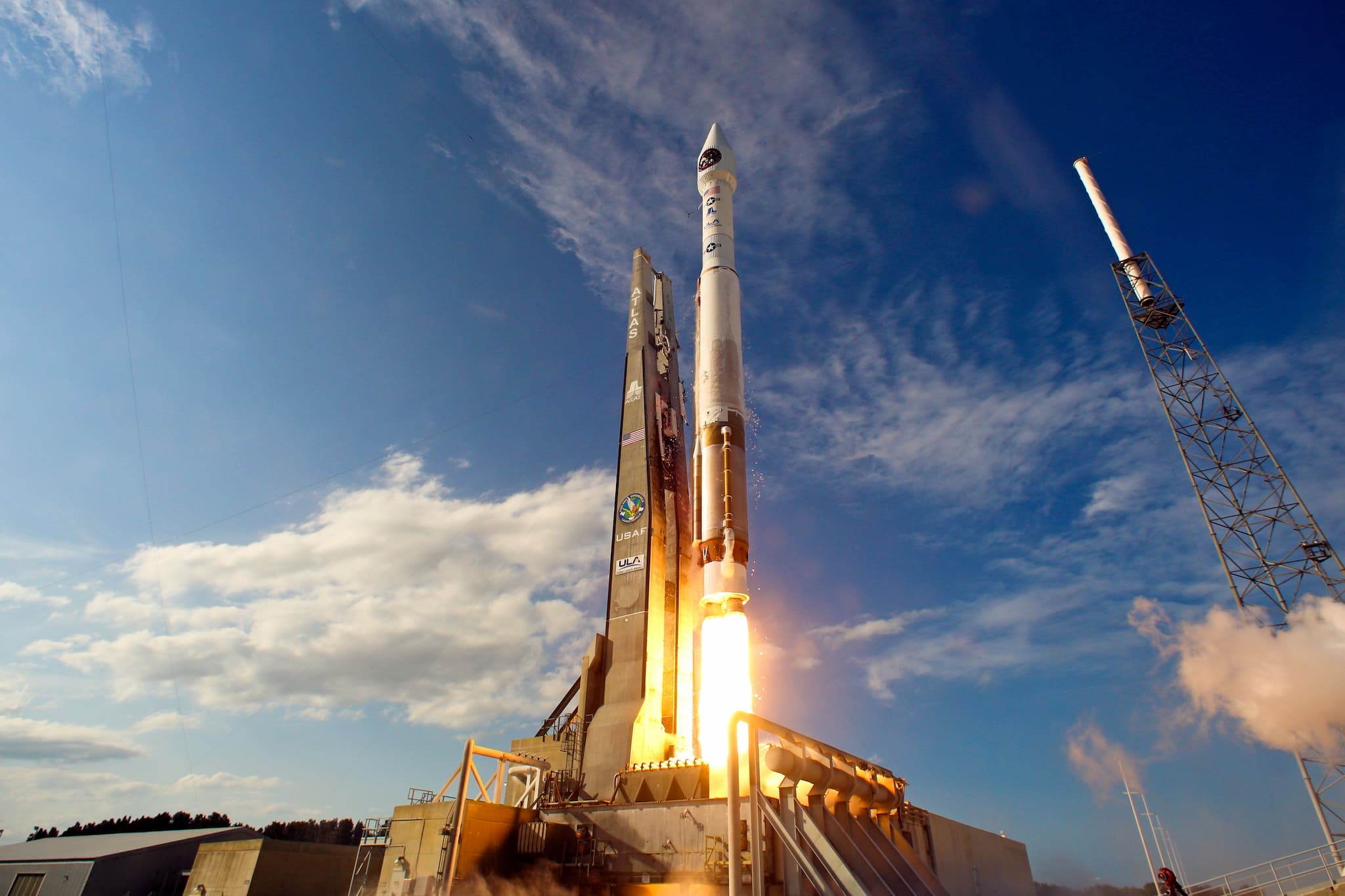 President Trump announced today that he is ordering the creation of a sixth branch of the military: the Space Force.

“I’m directing the Department of Defense and Pentagon to immediately begin the process necessary to establish a Space Force as the sixth branch of the armed forces,” Trump said at a meeting of the National Space Council.

“That’s a big statement," he added. How do you know something is a big deal? When the speaker tells you it is.

Trump, in a fantastic case of "I don't think that means what you think it means," described the new Space Force as “separate but equal” to the Air Force.

The announcement, which came after Trump defended his policy of separating children from their parents and holding them at the border, then blamed Democrats for it, was immediately followed by a statement that seemed to encourage the “rich guys [who] seem to like rockets” to bid for military contracts. Presumably, he means the private companies that have been more or less dominating and shaping the future of space missions.

This idea may be less bonkers than it sounds. Some in the military have argued that future conflicts may happen off-world, and without a special program committed to readying the U.S. for such a conflict, it may be 50 years before the country is ready. With a committed Space Force, that could be chopped down to three years.

But Americans have other priorities. Earlier this month, a Pew survey indicated that most Americans want the space agencies to pay more attention to Earth and work to solve problems like climate change instead of sending astronauts back to the Moon. Plus, the U.S. already spends more on its military than the next seven closest countries combined. As the Trump administration continues to slash budgets, it will be hard to justify more spending on rockets that might fight some distant space wars when there are more pressing, present needs.

Granted, it's not clear that the Space Force will ever come into existence. Congress needs to approve the creation of a new branch of the military, and as of last year others in the federal government didn't seem too inclined to do so. And Trump has, well, the tendency to just sort of say things. So it's not yet clear if or how his new plans will move forward.

Read This Next
Monkey Business
China Plans to Send Monkeys to Space Station to Have Sex With Each Other
Overview Effect
William Shatner Says His Space Trip Left Him With a Feeling of Terrible Grief
So Long
Tragedy! NASA Says the Voyager Space Probes are Powering Down
Astronaut Drip
We Just Got the First Peek at NASA's Artemis Moon Landing Suits
Lunar Learning
Scientists Grow Living Plants in Moon Soil Captured by Astronauts
More on Off World
TTFN
Yesterday on the byte
Skkrt! NASA's Orion Heads Back to Earth, Leaves Moon in the Dust
Icy Comet Eruption
Yesterday on the byte
Astronomers Spot Volcano Erupting on a Distant Comet
RUD-dy
Yesterday on the byte
SpaceX Rocket Engine Explodes In a Green Blast
READ MORE STORIES ABOUT / Off World
Keep up.
Subscribe to our daily newsletter to keep in touch with the subjects shaping our future.
+Social+Newsletter
TopicsAbout UsContact Us
Copyright ©, Camden Media Inc All Rights Reserved. See our User Agreement, Privacy Policy and Data Use Policy. The material on this site may not be reproduced, distributed, transmitted, cached or otherwise used, except with prior written permission of Futurism. Articles may contain affiliate links which enable us to share in the revenue of any purchases made.
Fonts by Typekit and Monotype.