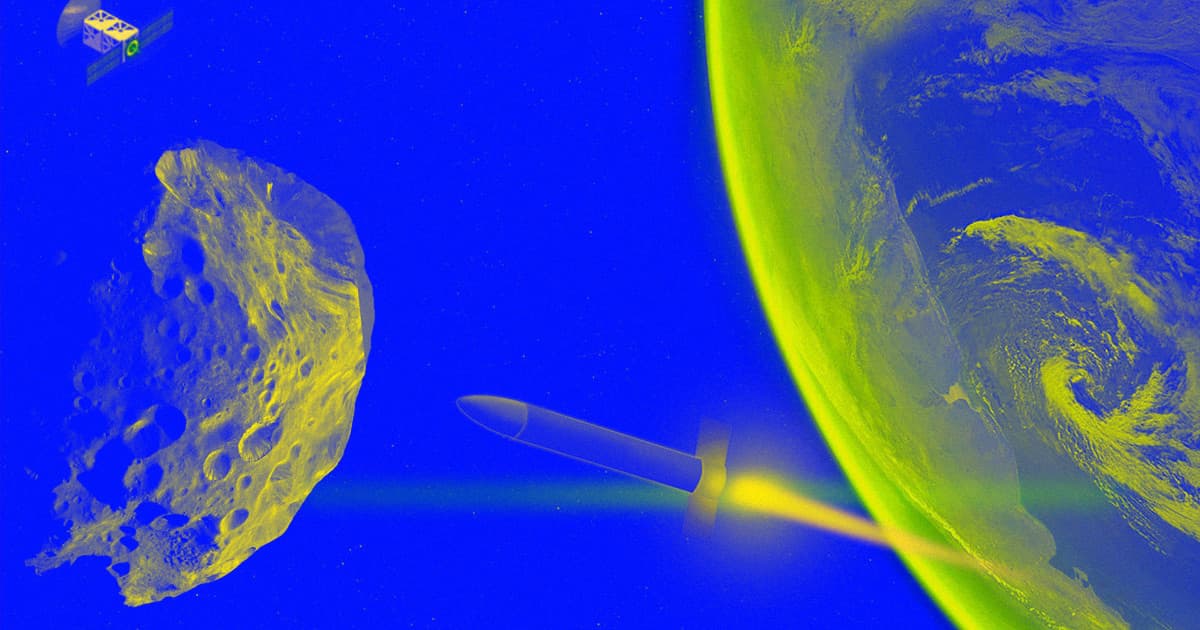 A team of MIT scientists has a new plan to prevent cataclysmic asteroid impacts — and it boils down to a precise game of cosmic billiards.

The scientists suggest that they could nudge killer asteroids off course well in advance, rather than hoping that some last-minute attempt — think the sci-fi trope of launching nukes into space — will pan out.

If an asteroid is spotted en route to Earth, the MIT wonks say, space agencies could divert it before it completes what's called a keyhole passage: passing near Earth and being influenced by the planet's gravitational pull, making future impacts more likely.

"People have mostly considered strategies of last-minute deflection, when the asteroid has already passed through a keyhole and is heading toward a collision with Earth," lead researcher Sung Wook Paek said in a MIT press release. "I'm interested in preventing keyhole passage well before Earth impact. It's like a preemptive strike, with less mess."

Depending on how many years there are before the asteroid comes near Earth, the researchers propose sending scout missions to analyze an asteroid's composition.

With that intel, scientists would be able to launch a battering ram-like rocket toward the asteroid in a bid to knock it off course.