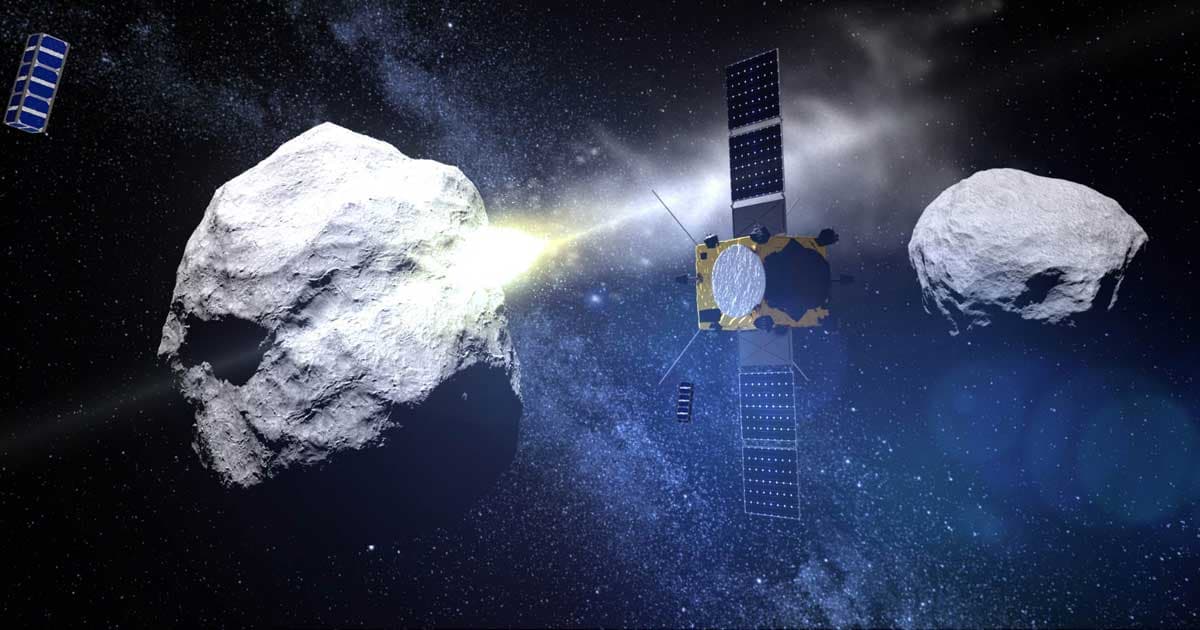 The goal is to change the trajectory of a city-killer asteroid.

The goal is to change the trajectory of a city-killer asteroid.

Mission Hera is officially a go for the European Space Agency.

On Thursday, Europe’s space ministers approved the budget for the mission, through which the ESA will team up with NASA to slam a probe into an asteroid and study the aftermath — all in the hopes of saving Earth from potentially deadly asteroid collisions in the future.

In June 2021, NASA plans to launch a spacecraft dubbed the Double Asteroid Redirect Test (DART) into space aboard a SpaceX Falcon 9 rocket. When the craft reaches a double-asteroid system called Didymos in 2022, it will slam into the smaller of the asteroids, Didymoon, at approximately 21,436 kilometers per hour (13,320 miles per hour).

The ESA will then launch the Hera spacecraft in 2024, with the goal of reaching the asteroids in 2027. At that point, it will assess the damage DART inflicted upon Didymoon, deploying a pair of CubeSats to study the asteroid and its trajectory through up-close observations.

Based on its current trajectory, the Didymos system isn't a threat to the Earth. But if an asteroid the size of Didymoon did crash into our planet, it could destroy an entire city.

The goal of the mission, then, is for the world's space agencies to test their ability to reach and make impact with an asteroid — no easy feat given their small size — before we find ourselves staring down an "Armageddon" scenario.

And now that the ESA is officially on board, they're one step closer to reaching that goal.

Shoo
Scientists Warn Giant Asteroid Is Actually Swarm, Nearly Impossible to Destroy
Tuesday
Read More
Rock Is Dead
NASA Spacecraft Grabbed Too Many Asteroid Chunks and Now They're Drifting Into Space
10. 26. 20
Read More
Asteroid Armageddon
The "Space Nation" Warns That an Asteroid Could Wipe out Humanity
4. 8. 19
Read More
+Social+Newsletter
TopicsAbout UsContact Us
Copyright ©, Camden Media Inc All Rights Reserved. See our User Agreement, Privacy Policy and Data Use Policy. The material on this site may not be reproduced, distributed, transmitted, cached or otherwise used, except with prior written permission of Futurism. Articles may contain affiliate links which enable us to share in the revenue of any purchases made.
Fonts by Typekit and Monotype.