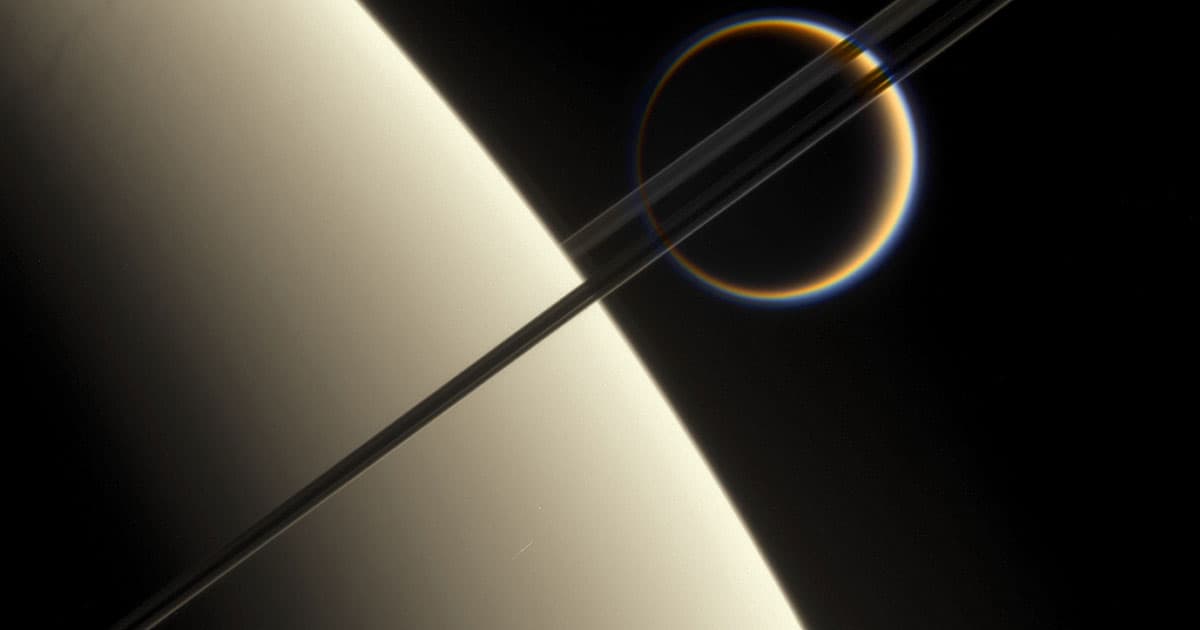 Saturn's Moon Titan Is Drifting Off Into Space, NASA Says

Many moons, including our own, gradually creep farther and farther out into space.

And while these celestial escapes occur at nearly imperceptibly-slow paces, NASA researchers just found out that Saturn's moon Titan is escaping at 100 times the pace they had previously thought — a discovery that could force astronomers to make a sharp adjustment to their understanding of our solar system.

Aside from giving scientists a better understanding of the push-pull dynamics of planets and their moons, this new finding also rewrites Saturn's history, according to research published Monday in the journal Nature Astronomy. Scientists were never sure when, exactly, Saturn's rings and moons formed, but this discovery suggests that it was far more recently than they expected.

"This result brings an important new piece of the puzzle for the highly debated question of the age of the Saturn system and how its moons formed," NASA Jet Propulsion Laboratory researcher Valéry Lainey said in a press release.

Even with the 100-fold increase, NASA calculates that Titan is drifting away from Saturn at about four inches per year. For context, our Moon travels another 1.5 inches from the Earth every year.

"The new measurements imply that these kind of planet-moon interactions can be more prominent than prior expectations and that they can apply to many systems, such as other planetary moon systems, exoplanets — those outside our solar system — and even binary star systems, where stars orbit each other," Caltech researcher Jim Fuller said in the release.