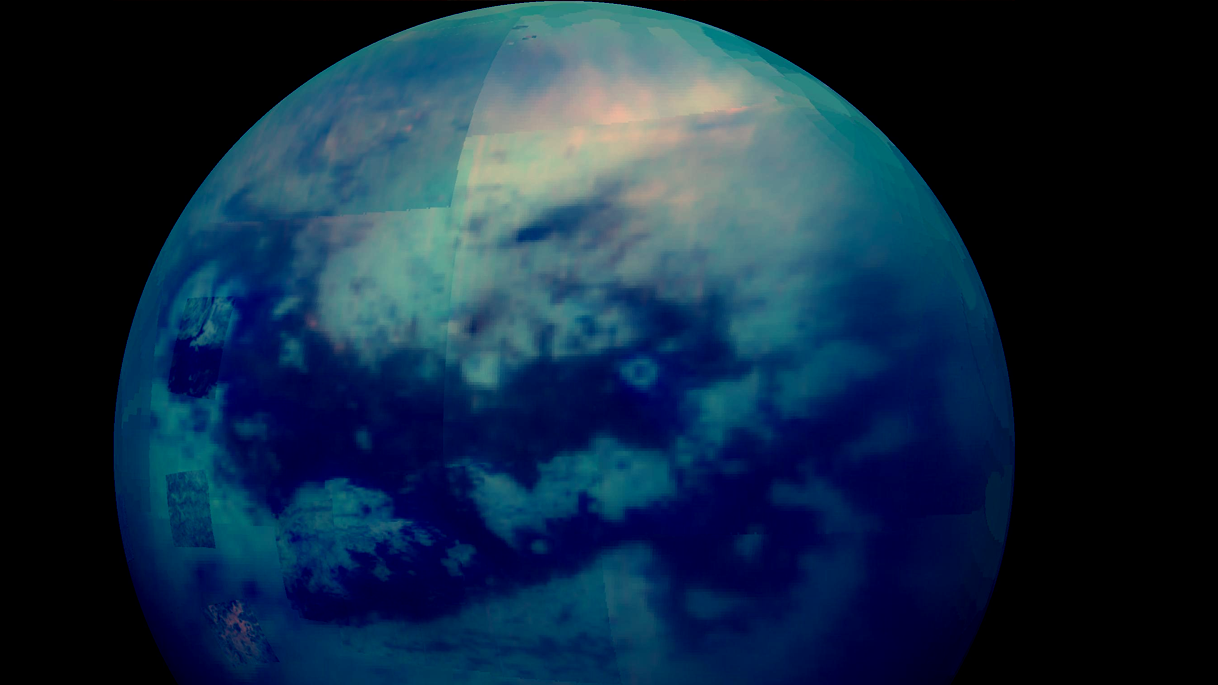 They're not made out of the fresh water we're used to back on Earth, though.

They're not made out of the fresh water we're used to back on Earth, though.

By analyzing data from NASA's Cassini spacecraft's last flyby in 2017, scientists found that Saturn's largest moon Titan is covered with lakes similar to those found on Earth.

Precipitation refills some of the lakes once they drain over time, just like on Earth, confirming a long-standing theory about the moon's geology. But there's one obvious difference from Earth: Titan's lakes are filled with  liquid hydrocarbons, including methane and ethane — very much unlike the fresh water found in Lake Michigan.

The new information about deep, miles-across lakes provides important insight into the nature of Titan's geology — and how its north pole compares to its southern hemisphere.

"It is as if you looked down on the Earth's North Pole and could see that North America had completely different geologic setting for bodies of liquid than Asia does," Jonathan Lunine, co-author of the paper published in Nature Astronomy today, said in a statement.

The scientists' theory: Titan's lakes formed very much in a similar way that water dissolves limestone bedrock — except that chemicals dissolve a bedrock of ice and "solid organics."

"This was Cassini's last hurrah at Titan, and it really was a feat," Lunine said in the statement.

Glow On
Scientists Unlock Decades-Old Mystery Behind Glow on Saturn
2. 9. 22
Read More
The Other White Meat
Space Colonists Will Likely Resort to Cannibalism, Scientist Says
12. 30. 21
Read More
Under the Sea
Scientists Intrigued by Possible Signs of Life on Saturn's Moon
7. 7. 21
Read More
+Social+Newsletter
TopicsAbout UsContact Us
Copyright ©, Camden Media Inc All Rights Reserved. See our User Agreement, Privacy Policy and Data Use Policy. The material on this site may not be reproduced, distributed, transmitted, cached or otherwise used, except with prior written permission of Futurism. Articles may contain affiliate links which enable us to share in the revenue of any purchases made.
Fonts by Typekit and Monotype.