"They are going to eat each other if there is no other way to survive." 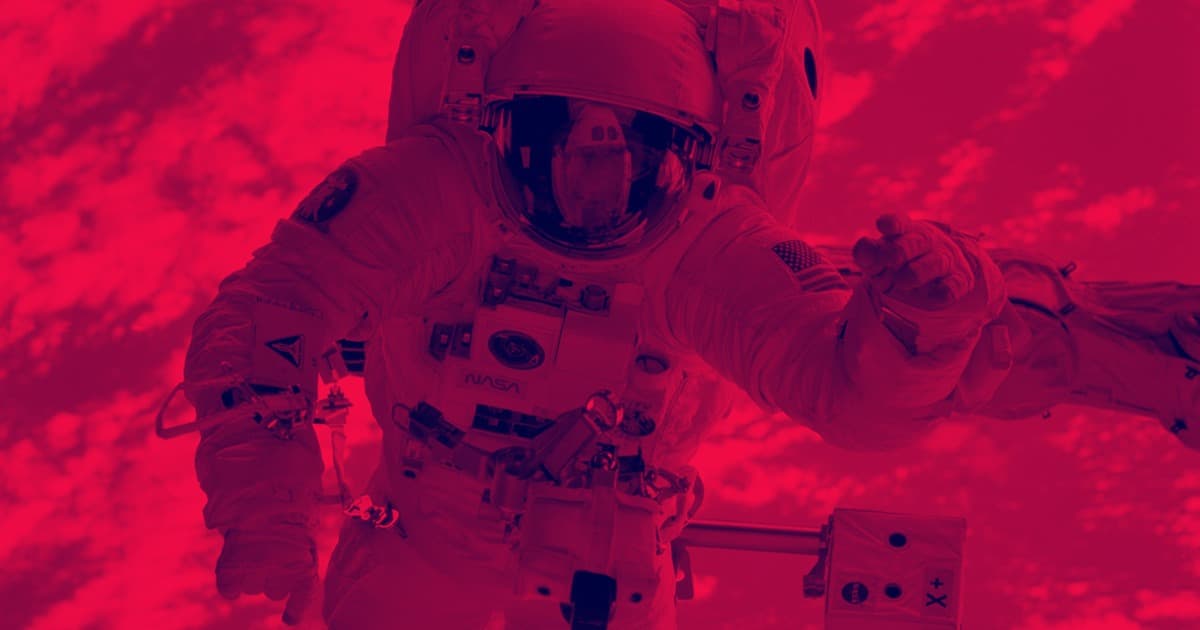 As if things weren’t going to be tough enough for future space colonists, experts now say that they’re likely going to face food troubles — and that might just turn them into cannibals.

Charles Cockell, professor of astrobiology at Edinburgh University, spoke to Metro about the challenges astronauts will face if and when humans attempt to colonize places such as Jupiter’s moon Callisto and Saturn’s moon Titan.

Specifically, Cockell stressed that if the farming and crop systems failed, the colonizers would likely face very dire consequences unless they received regular supplies from Earth. If they’re far away enough — or if Earth collapses completely — this might not be possible.

To underscore his point, he pointed to Sir John Franklin’s 1845 exploration of the Arctic that resulted in the crew cannibalising each other.

"Franklin’s crew tried to find the north-west passage on ships in the late 19th century — they were the most sophisticated pieces of technology available at that time," Cockell said. "They had tinned food, which was the new technology — and yet, they got lost, stranded and they ended up degenerating into cannibalism."

"If you put a group of people on Callisto, things start going wrong and the plant growth module breaks down, they are going to eat each other if there is no other way to survive," he later added.

While this might seem like a fairly bleak prediction, Cockell’s message actually serves more as a warning. The crop systems would need to be tested and refined on places like the Moon and Mars before colonizers are yeeted off into the far reaches of space.

Only after adequate testing can we be certain that colonizers won’t have to do their best Donner Party impression to survive.

"If you are going to dump 20 people several hundred million kilometers away from the Earth in an instantaneously lethal environment on a moon, you better be sure that is going to work because if it doesn’t it is going to fall apart quite quickly," he said.

READ MORE: Humans would probably start eating each other in space [Metro]

Read This Next
Moon Beam
NASA Engineer: Humans Should Consider Settling Saturn's Moon Titan
Futurism
Why Are We Going to the Moon, Again? Oh Right, to Make It a "Gas Station for Outer Space"
Futurism
NASA's Testing a Space Submarine to Use in Titan's Seas. It Will Be Cool. It Won't Be Easy.
Futurism
Titan Has Even More in Common With Earth Than We Thought
Futurism
How Humans Might Outlive Earth, the Sun, and Even the Universe Itself
More on Off World
TMNT
Jul 1 on the byte
Chunky Turtle Spotted Near NASA's Mega Moon Rocket
Cloud Spotting
Jun 30 on the byte
NASA Needs Your Help Spotting Clouds On Mars
Rolling Coal
Jun 29 on futurism
Space Travel Will Absolutely Gut the Environment, Scientists Warn
READ MORE STORIES ABOUT / Off World
Keep up.
Subscribe to our daily newsletter to keep in touch with the subjects shaping our future.
+Social+Newsletter
TopicsAbout UsContact Us
Copyright ©, Camden Media Inc All Rights Reserved. See our User Agreement, Privacy Policy and Data Use Policy. The material on this site may not be reproduced, distributed, transmitted, cached or otherwise used, except with prior written permission of Futurism. Fonts by Typekit and Monotype.