NASA's Testing a Space Submarine to Use in Titan's Seas. It Will Be Cool. It Won't Be Easy.

We all live on a Titan submarine. 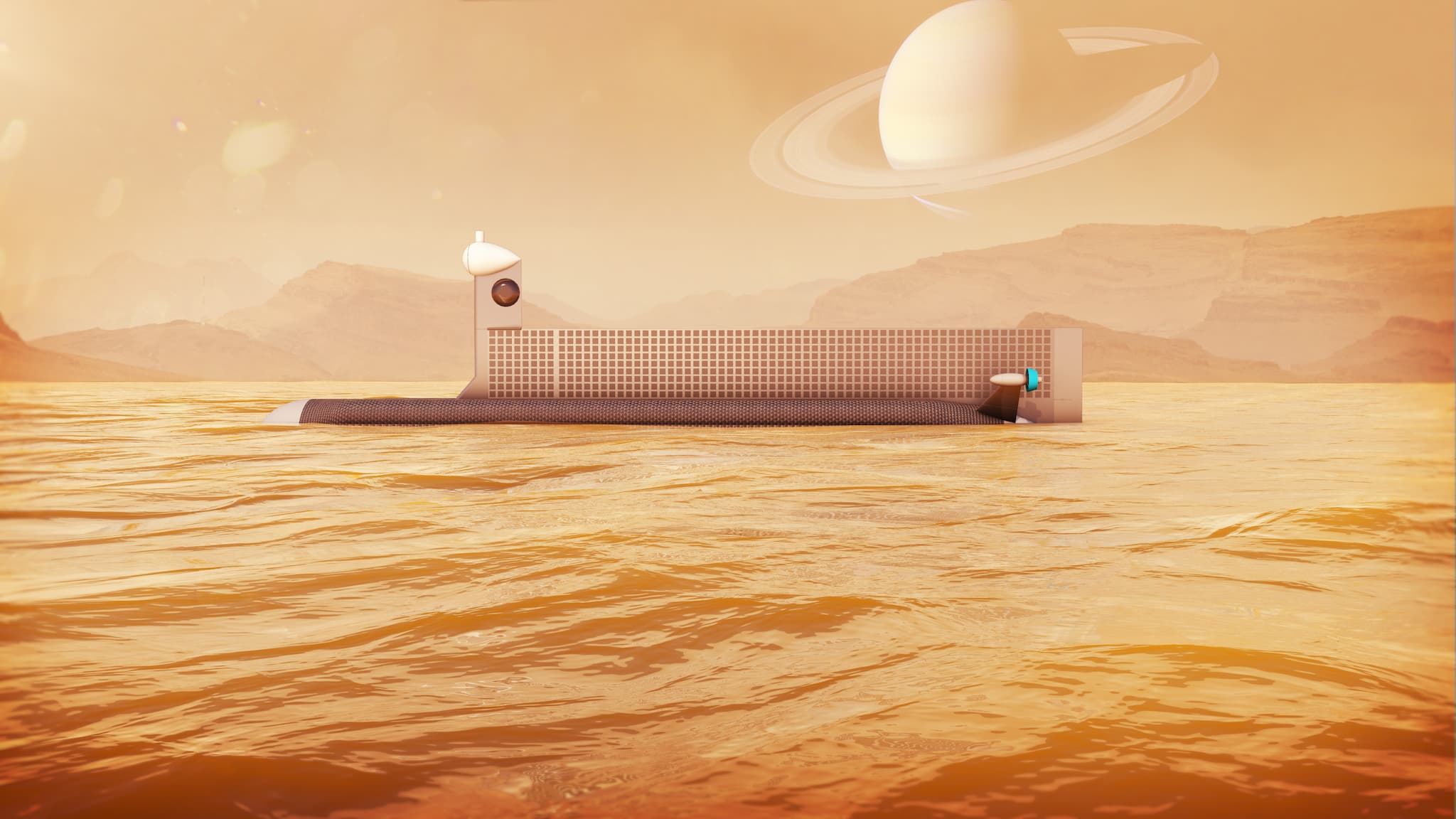 When we think about where life might exist in our solar system, Mars typically gets called to mind first. Neptune? Who cares. Saturn? Come on. The moons of other planets, for the most part, barely get a blip.

And yet: There's a moon orbiting Saturn that's simply brimming with seas and lakes. And where there's water, there's often life. Titan is the only place in our solar system where we've found surface liquids (thanks for the data Cassini, RIP). That makes NASA think it's a great place to look for extraterrestrial life.

While this might sound promising, some elements of Titan's makeup aren't exactly conducive for us to go there and find life. The rivers and lakes on Titan's surface, for example, also carry a lethal mixture of methane and ethane — not exactly something we'd want to dive into headfirst.

That is, at least without the right equipment. NASA might be taking on the task. The agency is considering sending a craft the 1.4 billion kilometers (886 million miles) to Titan in 2025, and it needs a submarine to plunge into its noxious seas.

Researchers from Washington State University are helping NASA navigate some very uncharted waters. The team announced it will simulate Titan's hydrocarbon seas in a test chamber here on Earth. Inside the super-cold chamber, there will be methane-ethane rain and snow, which the researchers will observe via a tiny camera. That footage will hopefully give them enough information to complete their other task: to engineer an autonomous submarine that could roam the moon's liquid surface.

But, as you might have guessed by now, developing a sub that can withstand Titan's harsh environment isn't a small ask. There's a whole host of hurdles researchers will have to overcome to get there first.

These are a few of the most challenging:

It's cold. Very, very cold. That methane-infused water? It flows at somewhere around -179° C (-290° F). Unlike on Earth, where rivers are shaped by rock and lava, Titan's water is sold cold that it itself alters the moon's surface, and can fill entire lakes with liquid natural gas.

But there's a sliver of good news: the Washington State University team determined that due to a small amount of nitrogen the lakes freeze at lower temperatures than the surface water, -198° C (-324° F). “That’s a big deal,’’ Ian Richardson, former graduate student in the School of Mechanical and Materials Engineering at WSU, said in a press release. “That means you don’t have to worry about icebergs.”

No replay of the Titanic on Titan, it would seem.

...But the submarine won't be. And the heat is a real problem. To figure out how generated heat would affect Titan's liquid oceans, the WSU team plopped a two-inch heater into its test chamber simulating Titan's seas. If the thing is too hot, nitrogen bubbles form, which would mess up the sub's trajectories on Titan and it could float or sink. So scientists will have to develop a ballast system that reacts fast enough for the submarine to remain stable.

Pics or it didn't happen. This may have happened to you before: You hit the ski slopes with a fully-charged cell phone. Suddenly, your iPhone battery's shot. Now imagine trying to get a camera to work at -179° C. In the test chamber, the researchers managed to film rain and snow made of ethane and methane by using a borescope (a rigid tube with an eyepiece at one end) and camera that could withstand these extreme temperatures. But recreating these results on Titan isn't guaranteed.

The team has many challenges ahead of it. Communicating with the submarine would be nearly impossible if it were submerged. Scheduling a trip to Titan without getting lost, burning up in Titan's atmosphere as the spacecraft descends without completely destroying the submarine would each be a massive feats alone. And we'd need all that to go off without a hitch on a hypothetical mission — but hey, progress is progress.

Read This Next
Glow On
Scientists Unlock Decades-Old Mystery Behind Glow on Saturn
The Other White Meat
Space Colonists Will Likely Resort to Cannibalism, Scientist Says
Under the Sea
Scientists Intrigued by Possible Signs of Life on Saturn's Moon
Moon Beam
NASA Engineer: Humans Should Consider Settling Saturn's Moon Titan
Project Orpheus
NASA's New Deep-Sea Submarine Could Eventually Look for Aliens
More on Off World
Carbon-Based
Yesterday on futurism
NASA Rover Finds New Potential Evidence for Ancient Life on Mars
Gifts For Mom
Yesterday on the byte
Jeff Bezos Ditches Plan to Land Rockets on Ship Named for His Mom
space salad
Yesterday on the byte
NASA Astronauts Harvest Delicious Space Vegetables, Sans Soil
READ MORE STORIES ABOUT / Off World
Keep up.
Subscribe to our daily newsletter to keep in touch with the subjects shaping our future.
+Social+Newsletter
TopicsAbout UsContact Us
Copyright ©, Camden Media Inc All Rights Reserved. See our User Agreement, Privacy Policy and Data Use Policy. The material on this site may not be reproduced, distributed, transmitted, cached or otherwise used, except with prior written permission of Futurism. Fonts by Typekit and Monotype.