On Titan "we could actually attach wings to our arms and fly," says NASA researcher. 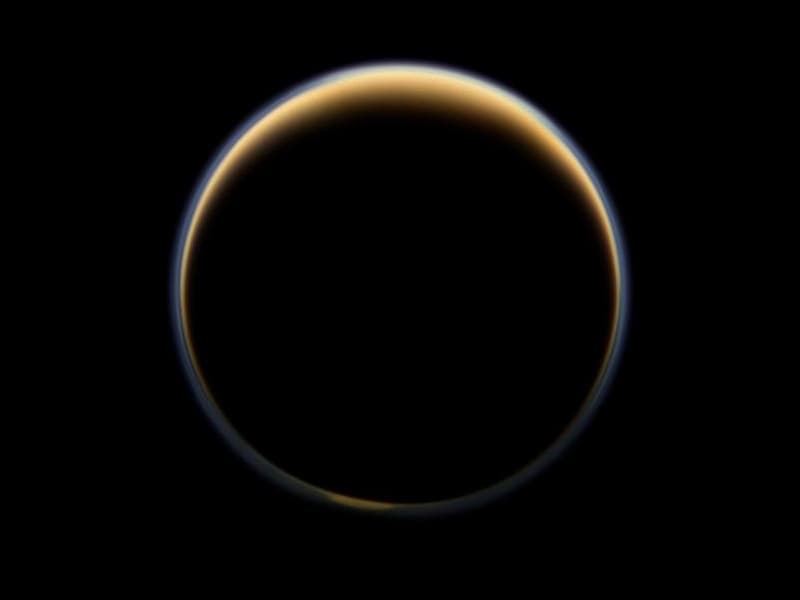 If the Earth becomes inhabitable, a NASA engineer named Janelle Wellons says we should think about settling Saturn's moon Titan, and she has a laundry list of reasons why — including that you might be able to fly by flapping your arms.

"It has a thick atmosphere that could help protect us from space radiation," Wellons wrote on Reddit. "It is so dense that we could actually attach wings to our arms and fly on this moon. I don't know, it just seems like an awesome place to live."

Wellon's comments came in a Reddit appearance in which NASA engineers, scientists and pilots fielded questions from the public. One Redditor asked where the team would recommend settling if conditions on Earth became untenable, and Wellons chimed in with what she said was a "more interesting answer than the standard Mars or Moon response."

"How about we consider one of the water worlds in our solar system — Titan," she wrote. "Titan is the largest moon of Saturn, larger than the planet Mercury even, so I think we could settle with plenty room."

In spite of Wellon's enthusiasm, there are definite downsides to Titan. It only gets about one percent of the sunlight Earth does, and according to NASA's research its maximum temperature is a wintry -292 degrees Fahrenheit.

But Wellon is still a fan.

"Now as for the conditions on the surface — not as rough as you may think," she wrote. "Titan is the only place besides Earth known to have liquids in the form of lakes and seas on its surface. These liquids are made of methane but, armed with the right kind of protective gear, one could theoretically be able to swim without harm!"

More on Titan: Titan Has Even More in Common With Earth Than We Thought