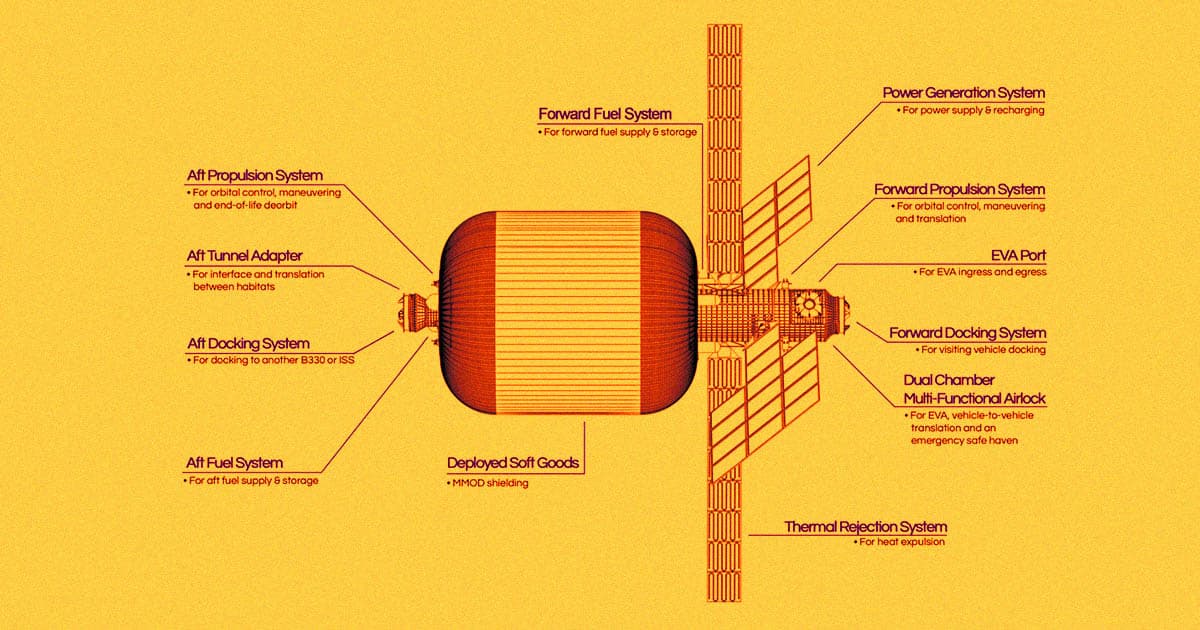 Home Away From Home

NASA knows it wants to send astronauts to live both on the Moon and in its orbit in the next decade, but it isn't sure what sort of home those astronauts would live in.

To help it decide, the agency has given five different companies millions of dollars, and tasked each with building some mockup Moon habitats — and one of the designs is a giant inflatable tent that looks like the cotton part of a Q-tip.

The design is called the B330, and it's the work of Bigelow Aerospace, a Las Vegas-based space technology startup.

According to a new Reuters story, the B330 is made of a fabric-like material that can be folded up so that it fits into a rocket for the trip from Earth. Once in lunar orbit, the habitat expands, reaching a length of 55 feet and a height equivalent to a two-story building, providing enough room for six astronauts to live comfortably.

NASA is also considering Moon habitats designed by Boeing, Northrop Grumman, Sierra Nevada Corporation, and Lockheed Martin — but the final design might end up being a combination of these various efforts.

"The whole point is to define what we like and what we don’t like about these different habitats," NASA astronaut Mike Gernhardt told Reuters.