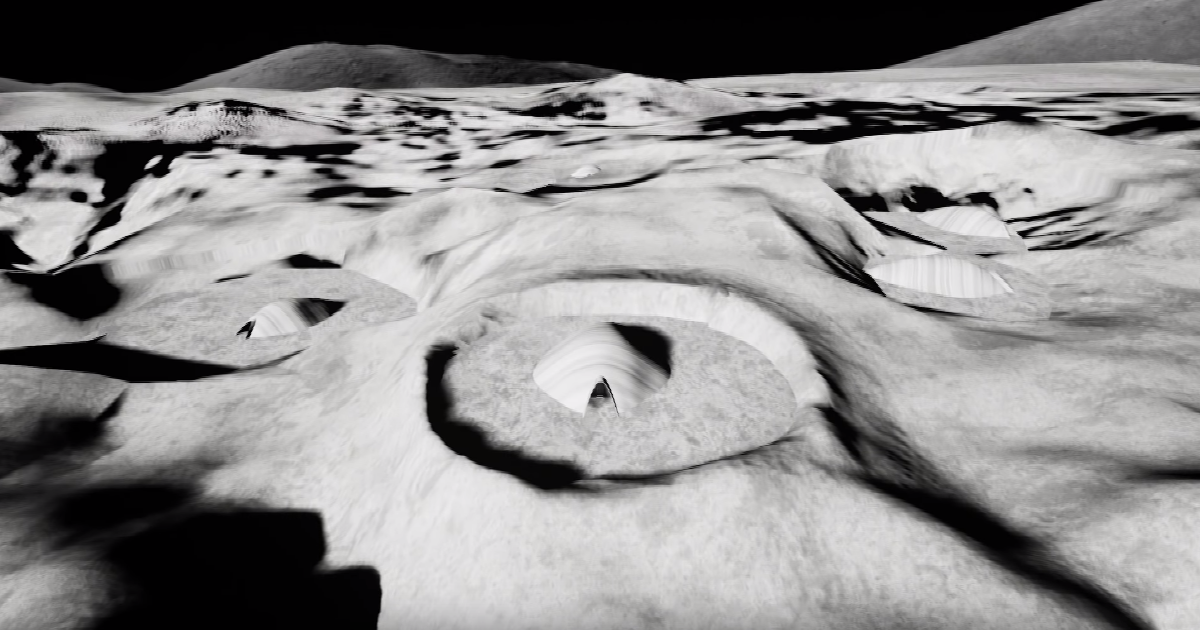 See what life could look like for humans on the Moon.

See what life could look like for humans on the Moon.

It now seems like just a matter of time before humans are living on the Moon. NASA, China’s CNSA, Russia’s Roscomos, and various private companies are all planning lunar colonization missions.

Less certain is what a Moon base should look like — but a team comprising members from universities and research institutes across Europe has a worthwhile suggestion.

As a part of the European Space Agency’s Spaceship EAC initiative, students and graduates studying a range of disciplines, from aerospace engineering to biology, worked together on a Moon base design that recently earned them the runner-up distinction during an international competition.

“Our idea is to transport inflatable modules to the base of a small crater on the South Polar Region of the Moon, and then gradually fill the cavity with lunar soil, until the modules are effectively buried,” he told the ESA.

“Metres of shielding will protect those inside from radiation,” Alfatzis continued. “Building inside a crater will also help insulate due to the stable temperature of the Moon’s underground environment and provides cover from the threat of micrometeoroids.”

A video that served as part of the team’s submission for the competition provides additional details on their proposed Moon base, bringing to life their futuristic vision for lunar colonization.

More on lunar colonies: Blue Origin Plans to Begin Colonizing the Moon No Later Than 2023

Editor’s Note 2/7 at 9:45 AM ET: This article has been updated to clarify that the team members hail from universities and research institutes from across Europe.

Here’s What We Know About The Robots That Might Build Our First Homes on the Moon
5. 15. 18
Read More
New Discovery Raises Hope for Human Colonization of the Moon
11. 19. 17
Read More
NASA Appears to Be Looking for Partners to Help Them Mine the Moon
5. 8. 17
Read More
+Social+Newsletter
TopicsAbout UsContact Us
Copyright ©, Camden Media Inc All Rights Reserved. See our User Agreement, Privacy Policy and Data Use Policy. The material on this site may not be reproduced, distributed, transmitted, cached or otherwise used, except with prior written permission of Futurism. Fonts by Typekit and Monotype.