New Discovery Raises Hope for Human Colonization of the Moon

Your children may never see a moonrise...because they will live on the Moon. 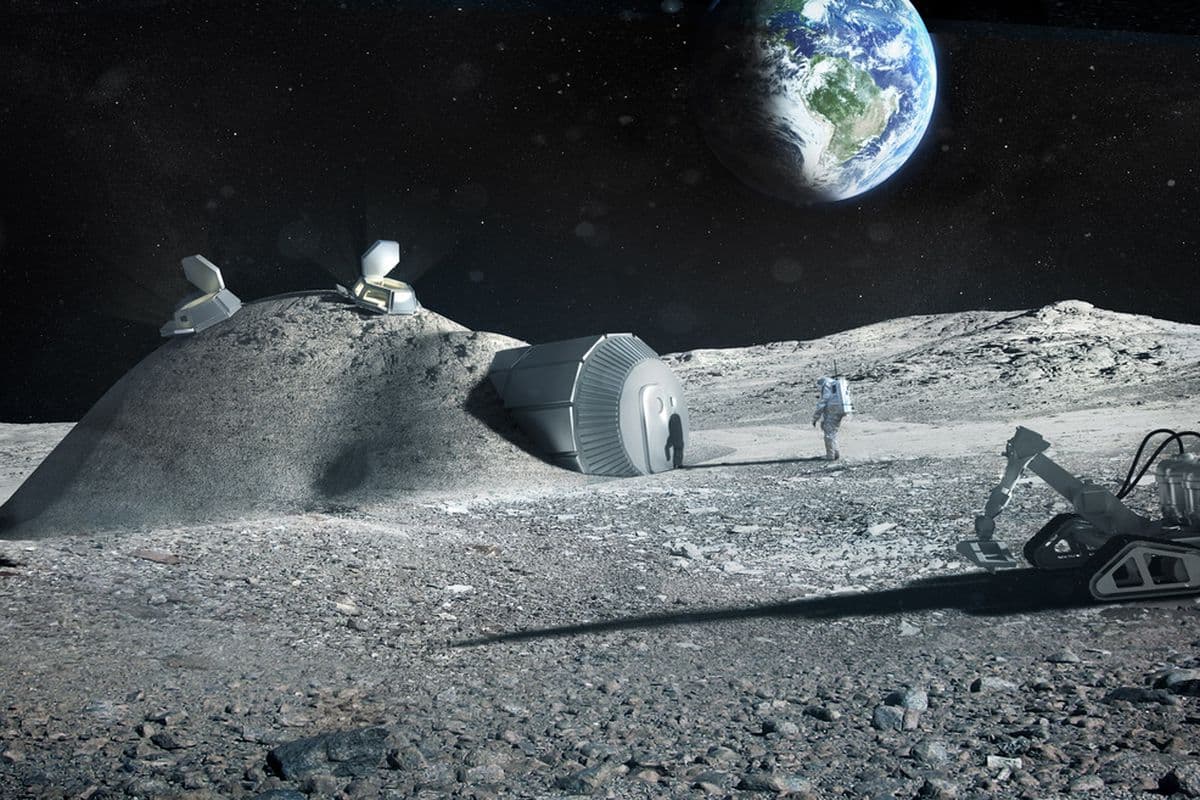 In October 2017, Japan's Selenological and Engineering Explorer probe discovered a massive underground cave on the Moon. The space, which is 100 meters (328 feet) wide and 50 kilometers (31 miles) long, is being touted as a potential location for a lunar station. In fact, some experts are asserting that the best way to live on the Moon is in caves just like the one recently discovered.

Radio waves were used to investigate the cave, after an opening measuring 50 meters by 50 meters (164 feet) was found by the probe. It's thought to be structurally sound, and could contain deposits of ice and water inside rocks that might be used to produce fuel.

The cave is thought to be a lava tube spawned by volcanic activity dating back 3.5 billion years. It's situated just meters underneath volcanic domes called the Marius Hills.

Junichi Haruyama, a senior researcher with the Japan Aerospace Exploration Agency (Jaxa), stated that lava tubes "might be the best candidate sites for future lunar bases, because of their stable thermal conditions and potential to protect people and instruments from micrometeorites and cosmic ray radiation," according to a report from The Guardian.

This cave raises hopes that a lunar station could come to fruition in the near future, using the natural landscape of the moon to solve some practical problems. However, it's not the only indication that such a project might be a reality sooner rather than later.

Establishing a Moon Base

There was a time when the prospect of establishing a permanent human presence on the moon was pure science fiction. Even more recently, the general consensus has agreed that such a project would be prohibitively expensive for an organization to pursue. Recent technological developments might suggest that this is no longer the case.

Everything from self-driving cars to toilets capable of recycling waste efficiently could help drive down the costs of a lunar station, which papers released last year suggested could be in place as soon as 2022. This kind of penny pinching is essential if such an endeavor is going to be a success.

NASA simply doesn't have the funding that it once had access to. The Apollo program that put humans on the lunar surface in 1969 cost $150 billion (adjusting for today's standards). The agency will only receive $19.65 billion over the course of 2017, up from $19.3 billion in 2016.

However, the prospective moon base might not be completely reliant on NASA. Private companies like SpaceX and other organizations like the ESA could pursue their own initiatives — and that might end up spurring on American efforts. In fact, some experts assert that humanity will only be able to establish a viable Moon colony through an effort that unites private companies with national space agencies.

"The US is unlikely to have a large activity on the moon or Mars if it is the only actor involved," senior NASA scientist Chris McKay told Futurism. "Why play 'king of the mountain' if you’re the only one on the mountain[?] However if private groups or other nations are [planning] to go to the moon and/or Mars then the US will want to be involved and in fact to be in the lead."

According to McKay, the ISS has already demonstrated that our life support systems are advanced enough to support a lunar station; we just need to get the tech deployed on the Moon. Fortunately, it seems that partnerships are already forming to do this. In May 2017, there were signs that NASA was pursuing a lunar mining initiative, which would likely be facilitated by the commercial opportunities afforded by a partnership with a private company.

To McKay, the moon is little more than a stepping stone — albeit an important one. "If we ever have a human base on another world I would bet it would be the Moon first," he explained. "Being so close, and constantly so close, is really a killer advantage over Mars, or asteroids, or anywhere else. Like Vasco de Gama we will stay in sight of shore as we venture out."

Read This Next
Moon Wrestling
The Head of NASA Is Scared Chinese Astronauts Will Seize Portions of the Moon
Next Time
NASA Cancels First Launch Attempt of Uber Expensive Moon Rocket
Back to the Moon
NASA: SpaceX Only Has to Prove It Can Land Astronauts on Moon, Not Bring Them Home Again
Moon Vacation
NASA Finds Holes on the Moon Where It's Always a Comfortable Temperature
Expect Delays
Scathing Report Admits NASA Is Years Behind Moon Landing Schedule
More on Off World
Take Cover
4:11 PM on the byte
Space Startup Blows Up Another Giant Inflatable Space Station Module
Rock Blast
3:28 PM on the byte
Scientists Say There's an Upside to Those Rocks That Keep Bludgeoning the James Webb
Meathead Theory
2:57 PM on the byte
Professor Receives Insane Email Claiming "Biological" Green Comet Is Giving Off "Meat Smoke"
READ MORE STORIES ABOUT / Off World
Keep up.
Subscribe to our daily newsletter to keep in touch with the subjects shaping our future.
+Social+Newsletter
TopicsAbout UsContact Us
Copyright ©, Camden Media Inc All Rights Reserved. See our User Agreement, Privacy Policy and Data Use Policy. The material on this site may not be reproduced, distributed, transmitted, cached or otherwise used, except with prior written permission of Futurism. Articles may contain affiliate links which enable us to share in the revenue of any purchases made.
Fonts by Typekit and Monotype.