Scientists Want Us to Live in Lava Tubes on the Moon

They're the safest places the moon has to offer. 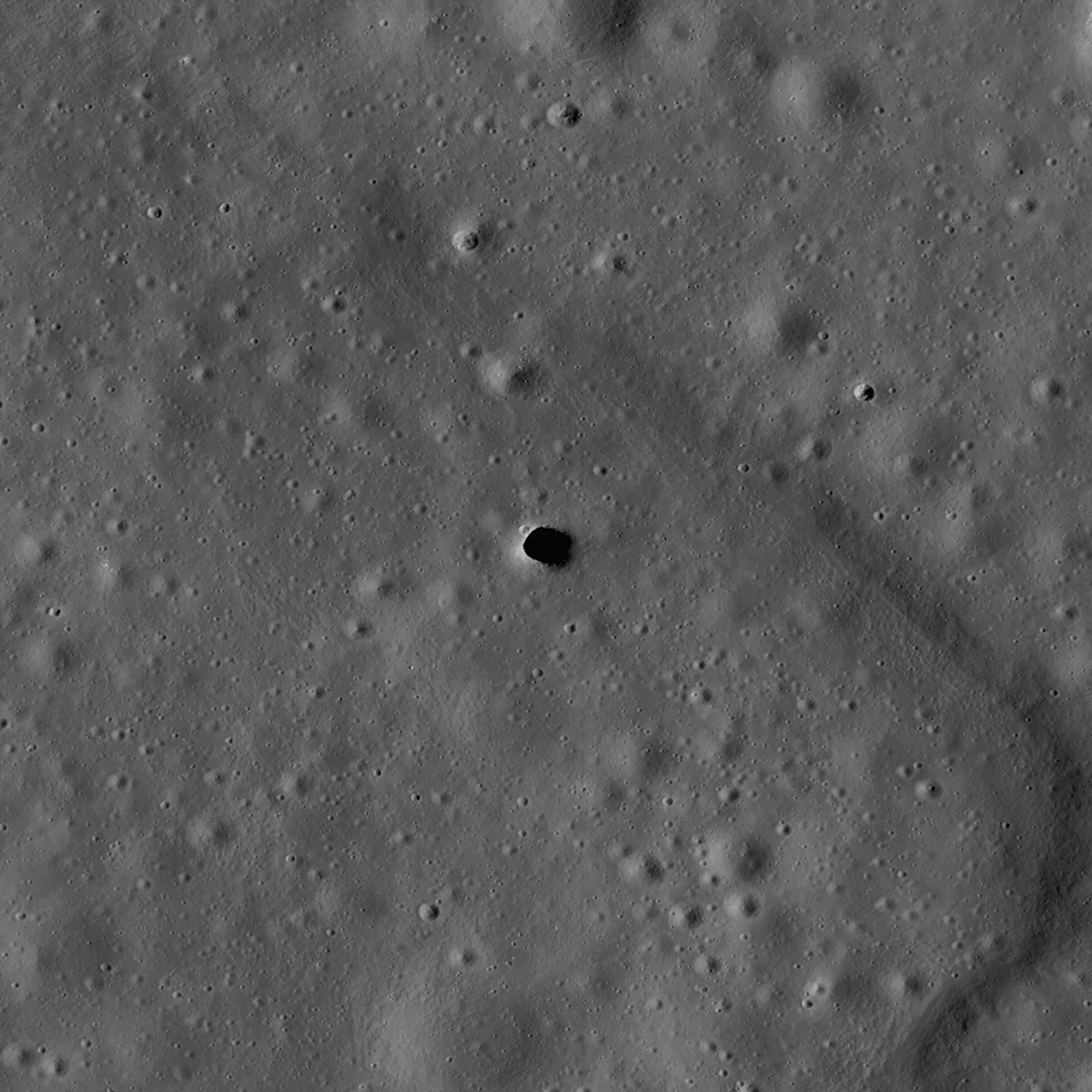 The Best Place to Be Is Underground

Because the moon has no atmosphere and is home to a host of unfriendly occurrences like extreme temperature variation, radiation, and meteorite impacts, astronauts who venture to our nearest neighbor will need to find proper shelter before they can accomplish anything outside of their vehicle. Human-made colonies are still a ways off, if they ever happen, and to create them we would need to use materials naturally occurring on the moon itself and, according to JAXA, the Japan Aerospace Exploration Agency, the safest form of shelter would be the interior of a lava tube.

Lava tubes may not sound like the safest place for a human to reside, but it should be noted that these tubes become structurally stable once the lava flow has stopped and the newly formed tunnel drains completely. These tubes are also found on Earth, but they usually pale in comparison to the size of lava tubes created on the moon which are often large enough to comfortably house an entire U.S. city.

"It's important to know where and how big lunar lava tubes are if we're ever going to construct a lunar base," said Junichi Haruyama, a senior researcher at JAXA. "But knowing these things is also important for basic science. We might get new types of rock samples, heat flow data and lunar quake observation data."

In order to better understand the moon's lava tubes, JAXA relied on radar data gathered by the SELENE spacecraft which currently orbits the lunar body. They also consulted with NASA scientists who worked on the 2011 NASA Gravity Recovery and Interior Laboratory (GRAIL) mission — a mission in which a pair of spacecraft orbited the moon to collect data on its gravitational field. Using GRAIL's information, the JAXA team was able to cut down the amount of data they needed to sort through and they eventually found evidence of lava tubes near Marius Hills — a set of volcanic domes located on the moon.

"They knew about the skylight in the Marius Hills, but they didn't have any idea how far that underground cavity might have gone," said Jay Melosh, a GRAIL co-investigator and Distinguished Professor of Earth, Atmospheric and Planetary Sciences at Purdue University. "Our group at Purdue used the gravity data over that area to infer that the opening was part of a larger system. By using this complimentary technique of radar, they were able to figure out how deep and high the cavities are."

Discovering lava tubes is essential to our plans to send people to the moon and eventually, potentially, colonize it. Earlier this month, Vice President Mike Pence said the moon was "a vital strategic goal" that would improve our ability to travel further than ever before. This clearly implies the global goal of reaching Mars, with Elon Musk's plans of potentially creating habitats on the red planet with his boring drill.

If lava tubes prove to be a worthwhile form of shelter, it will bring us one step closer to learning how to survive in the less than favorable conditions found in our solar system. It's only a matter of time before humans call another planet, or the moon, "home."

Read This Next
Moon Wrestling
The Head of NASA Is Scared Chinese Astronauts Will Seize Portions of the Moon
Next Time
NASA Cancels First Launch Attempt of Uber Expensive Moon Rocket
Back to the Moon
NASA: SpaceX Only Has to Prove It Can Land Astronauts on Moon, Not Bring Them Home Again
Moon Vacation
NASA Finds Holes on the Moon Where It's Always a Comfortable Temperature
So Long
Tragedy! NASA Says the Voyager Space Probes are Powering Down
More on Off World
Cat and Mouse
3:38 PM on the byte
SpaceX to Launch "Hunter" Satellites for Targeting Rival Spacecraft
Space In Space
1:44 PM on the byte
NASA Official Admits There's a Bit of an Issue on the Space Station
No More Hops, Mor...
Yesterday on the byte
Suggestion: NASA Should Make Its Mars Helicopter Do Some Gnarly Tricks From "Tony Hawk"
READ MORE STORIES ABOUT / Off World
Keep up.
Subscribe to our daily newsletter to keep in touch with the subjects shaping our future.
+Social+Newsletter
TopicsAbout UsContact Us
Copyright ©, Camden Media Inc All Rights Reserved. See our User Agreement, Privacy Policy and Data Use Policy. The material on this site may not be reproduced, distributed, transmitted, cached or otherwise used, except with prior written permission of Futurism. Articles may contain affiliate links which enable us to share in the revenue of any purchases made.
Fonts by Typekit and Monotype.