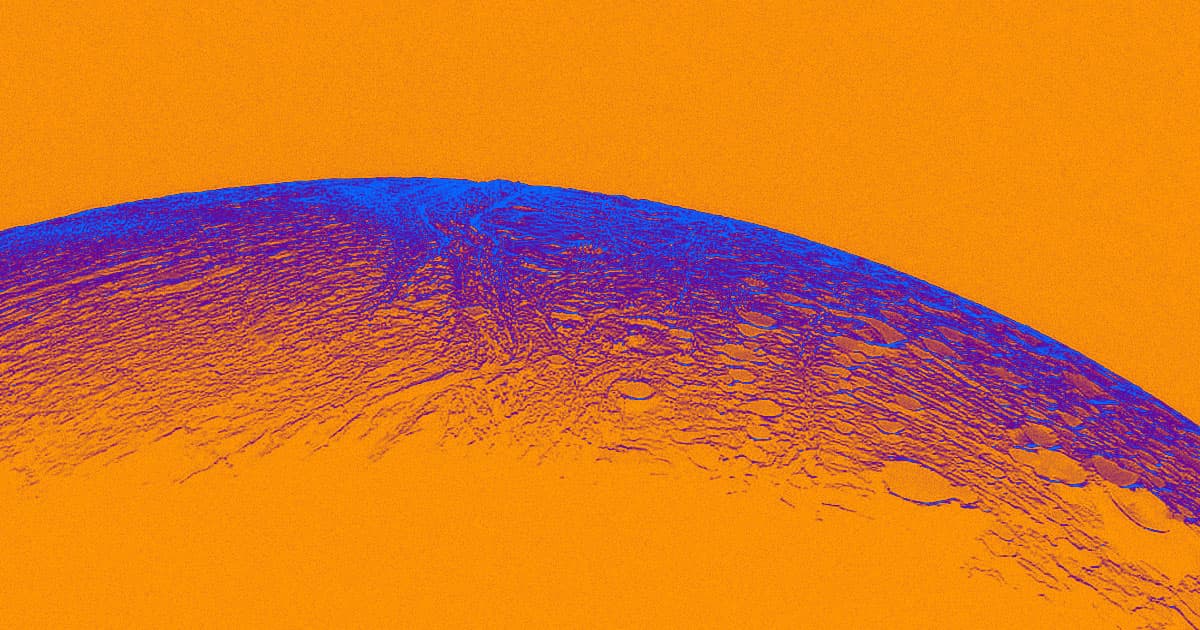 More evidence that Saturn's moon Enceladus is one of the best places to look for life.

More evidence that Saturn's moon Enceladus is one of the best places to look for life.

Scientists have been sifting through the mountain of data collected during NASA's Cassini mission to Saturn and its satellites.

And now, a team of researchers from the Free University of Berlin have found something in the data that could point toward the existence of life on Saturn's icy moon Enceladus: traces of organic compounds, in plumes that burst from  the moon's surface, that appear to be the building blocks of amino acids, the precursors of Earth-based lifeforms.

"If the conditions are right, these molecules coming from the deep ocean of Enceladus could be on the same reaction pathway as we see here on Earth," said team lead Nozair Khawaja in a statement. "We don't yet know if amino acids are needed for life beyond Earth, but finding the molecules that form amino acids is an important piece of the puzzle."

The plumes are ejected from Enceladus' surface after mixing with water from the moon's giant subsurface ocean. The material is then ejected as water vapor and ice grains.

From space, NASA's Cassini spacecraft was able to analyze them using its onboard mass spectrometer.

The news comes after a different team of researchers suggested in 2018 that complex organic molecules are floating on the surface of Enceladus' massive subsurface ocean. In June, a team from the University of Washington also found the ocean to be nutrient-rich and suitable for harboring life.

More on Enceladus: One of Saturn’s Moons Has Everything Needed to Host Life