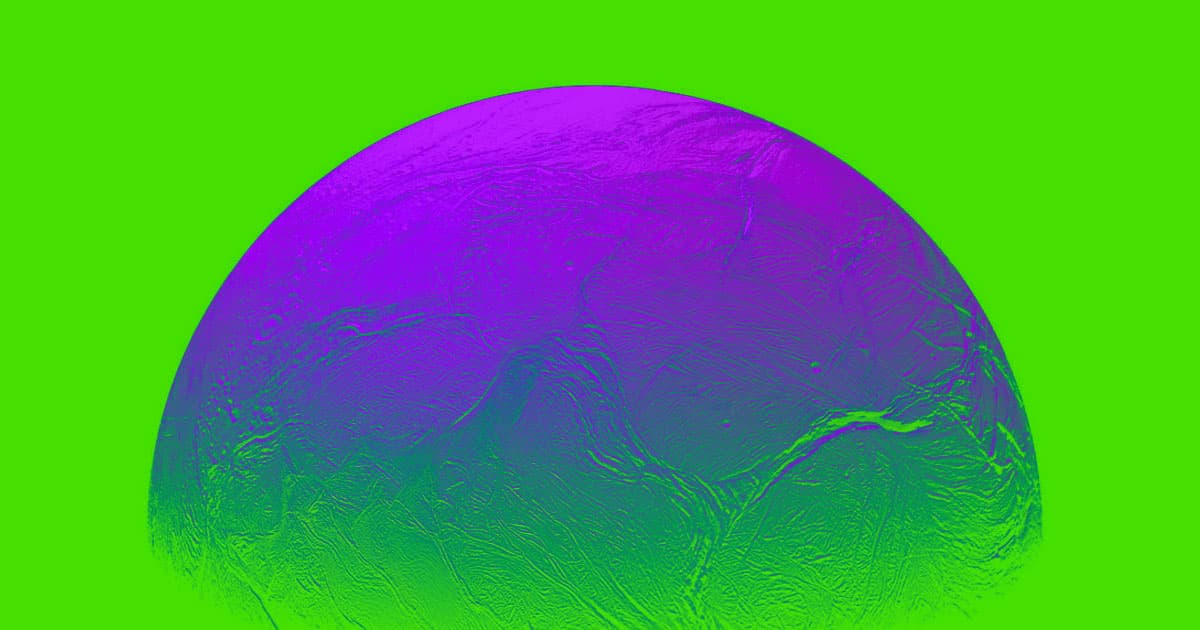 If life happens to exist there, it would have plenty to eat.

If life happens to exist there, it would have plenty to eat.

Until now, the subterranean oceans of Saturn's moon Enceladus, were thought to be harsh and utterly unsuitable for life.

But now, a closer look reveals that the oceans likely have a similar temperature, salt content, and acidity as our oceans here on Earth. Those factors, plus high concentrations of organic gases, lead scientists to believe that the oceans might harbor microbial life, according to a University of Washington press release. Though no signs of life have been spotted, the research suggests that Enceladus could be one of the best places outside of Earth to look for it.

The mixup happened when NASA's Cassini spacecraft flew by last year and analyzed the chemical content of oceanic plumes that rocketed hundreds of miles into outer space.

But a new study, which will be presented at the astrobiology conference AbSciCon on Monday, reveals that the oceans have a different chemical composition from the plumes, suggesting that the initial research was based on an inaccurate read of the conditions on the moon.

It turns out the oceans are likely full of gases like, hydrogen, carbon dioxide, and methane, all of which contribute to terrestrial life. They would give any microbes that might live there a "free lunch," says Lucas Fifer, the scientist who led the research.

"Although there are exceptions, most life on Earth functions best living in or consuming water with near-neutral pH, so similar conditions on Enceladus could be encouraging," he said.

READ MORE: Abundance of gases in Enceladus’s ocean are a potential fuel — if life is there to consume it [University of Washington newsroom]

More on Enceladus: One of Saturn's Moons Has Everything Needed to Host Life

Monkey Business
China Plans to Send Monkeys to Space Station to Have Sex With Each Other
11. 3. 22
Read More
Overview Effect
William Shatner Says His Space Trip Left Him With a Feeling of Terrible Grief
10. 11. 22
Read More
Outing Life
Swiss Government Scientist Says We May Be on the Brink of Discovering Alien Life
9. 13. 22
Read More
+Social+Newsletter
TopicsAbout UsContact Us
Copyright ©, Camden Media Inc All Rights Reserved. See our User Agreement, Privacy Policy and Data Use Policy. The material on this site may not be reproduced, distributed, transmitted, cached or otherwise used, except with prior written permission of Futurism. Articles may contain affiliate links which enable us to share in the revenue of any purchases made.
Fonts by Typekit and Monotype.